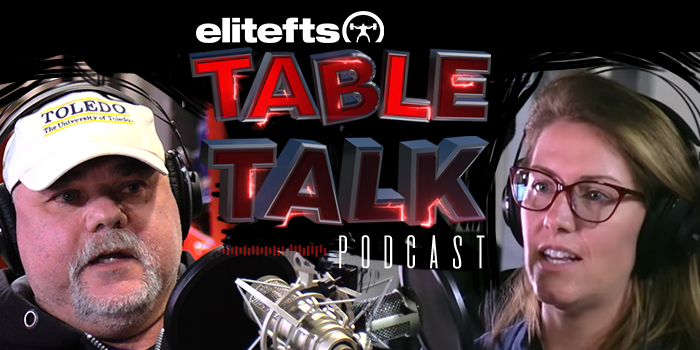 One thing I do think where parents that have kids that are strength training screw up regardless of it, is they take them in the gym and just want to teach them how to squat, bench, [or] deadlift… Can she move her body weight? Can she do a push-up? Can she lunge? Can she do basic stuff?

When you’ve been programming for as many children with autism as Sheena Leedham has and for as long as Dave Tate has, you’ll tend to develop a certain process.

In Sheena’s case, she starts off with observations. This is where the child is observed in his or her natural environment without distraction or judgment.  What is the child capable of today?

Going back to Blaine [Dave’s son], I’m observing, Day 1, when I didn’t know who he was and I knew you, I’m going to sit in the corner and I was just watching you guys and I’m taking notes or I’m thinking in my head, ‘So now I have a child who really doesn’t want to be here, I have a father who is the bar-whisperer and he knows everything about strength and conditioning known to man. But there’s a disconnect, so I’m trying to figure this out: How does Blaine perceive his father? How’s Dave treating his son? What works? What doesn’t? What is Blaine motivated by?

Blaine was playing a video game, so Sheena recognized that play was something that motivated Blaine. She also noticed that in how Dave trained with Blaine to get his attention: teasing him, ruffling his hair — recognizing the love there.

The route she went with Blaine was play. Rather than greet him and introduce herself, she could tell that wasn’t going to be an option. Instead, she wrote him a note that said, “Hey, do you want to play a game?”

Blaine looked up from his DS and made eye contact — Sheena had his attention. His response? “In a minute.”

After observing and communicating, Sheena was able to create a schedule. In this first session, she had to learn about him. The schedule takes time to create. This involves age considerations, sensitive periods, demands of sport discipline (if applicable), level of fitness, gender, and more.  Beginning with the child’s needs, the schedule will also incorporate the needs of the parents and oftentimes what the school has in place (what’s working). She’ll incorporate special exercises, strength exercises, endurance exercises, coordination exercises, balance exercises, fine motor skills, while also inserting rest, play, choice, and free time.

That’s when the progression point comes in: How do you get the child from Point A to Point B and beyond? Sheena considers physical, behavioral, and social progressions to be an integral part of gym training. How do you go from one training session per week to two? Is a messaging system in place for the child to be able to express when he needs a break? Is there an opportunity for the child to create more relationships beyond the coach-client relationship?

Sheena’s final step in programming is creating a delicate balance between extrinsic and intrinsic motivation. Blending the two will make the exercise experience meaningful for the child.

For example, Sheena’s done a tally system with Blaine where a certain number of tally marks would get him a small reward, like going out to McDonald’s. This is something she adopted from Blaine’s school because it works. Now they’ve progressed to doing activities after each session, like playing with Legos and drawing robots. Intrinsically, Blaine thrives on choice where he has an opportunity to be creative and in control.

Bring together observation, communication, scheduling, progression, and motivation, and you’ll have a solid start to a program.

The Rise of Live Stream Conferences

How to Become a Successful Columnist for elitefts

This Bodybuilder Faced Major Backlash for Her Breastfeeding…

How to Write Your Own Program