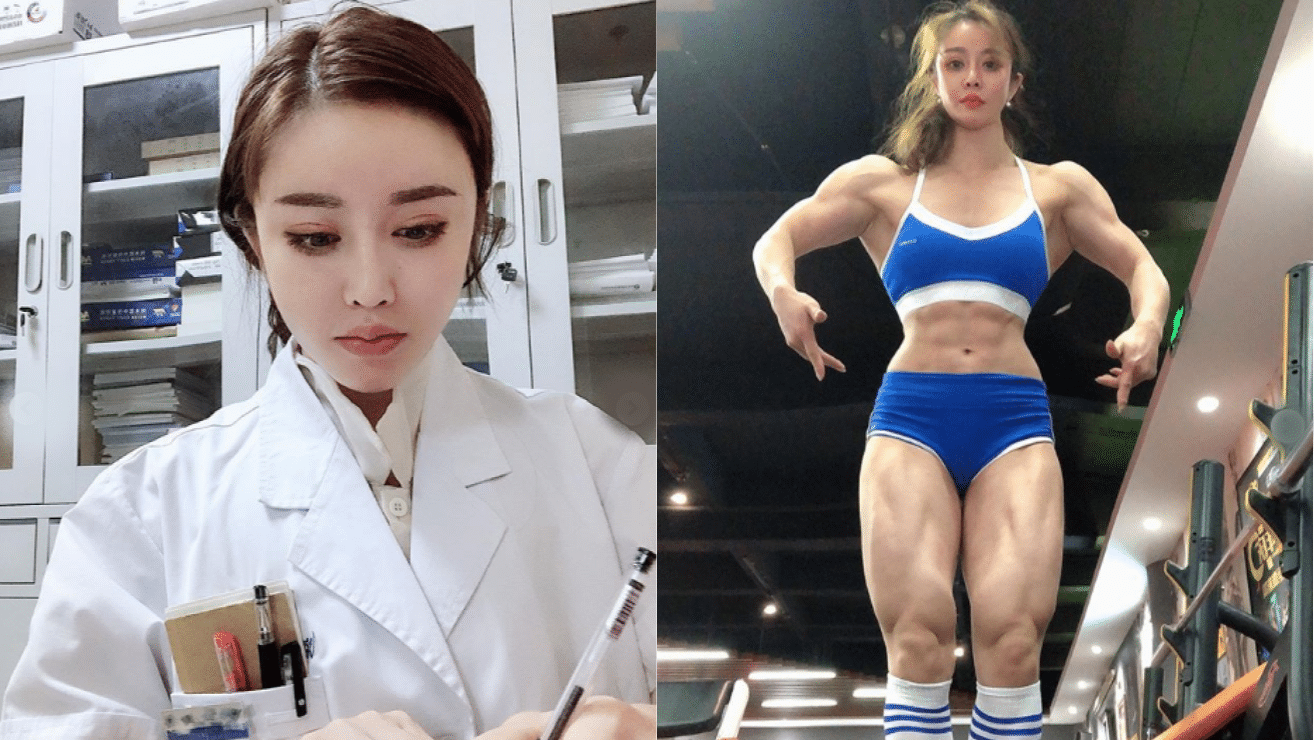 Yuan Herong is a Chinese bodybuilder, who decided to pursue a career in medicine. Nevertheless, she still finds time to show off her impress physique on Instagram.

Herong was dubbed the nickname “Chun Li,” after the Street Fighter character. This nickname is not given lightly,as it is a fairly apt comparison. She has a beautiful face, matched with an insane physique, making her an impressive individual. Subsequently, she was an easy sell when making her run in the bodybuilding circuits.

However what is perhaps the most impressive thing about Yuan Herong, is not based on her physical appearance. While she started out as a bodybuilder, she eventually left that life behind. Instead, she decided to chase a career in medicine, becoming a doctor. Clearly she is more than just a pretty face.

Nevertheless, Herong makes it clear on Instagram, that she is still in good shape. While she is proclaimed to be only a doctor, she does says she enjoys to model on the side. Therefore, her social media is full of steamy shots of her, looking to still be in unbelievable condition.

Check out some of the highlights:

Despite how things look so far, it is not just glamour shots for Herong. She also takes time to post plenty of stuff from the gym. From these pictures and videos, it is clear that she takes her fitness very seriously. She is seen moving around some weight, and not inconsequential amounts either.

`It is clear, while looking at some of the training footage of Yuan Herong, that she is in phenomenal shape. She would likely hold her own, among some of the strongest female bodybuilders in the world. Despite that, she has made it clear that the world of bodybuilding is behind her. Instead she is content with being a doctor, and just modeling on the side.

Thank you for subscribing.

A Practical Guide for Implementing Block Periodization for…