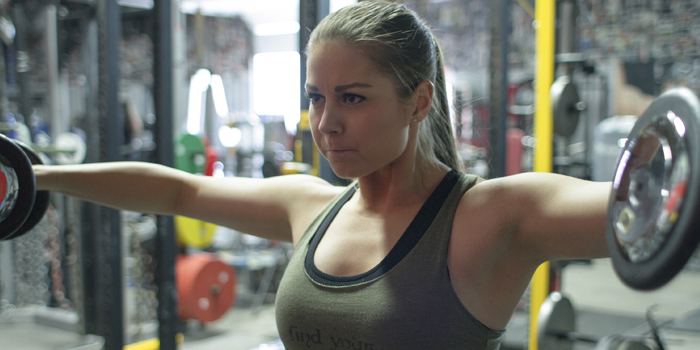 Within this article is a client case in which I created an upper body-focused powerbuilding program for eight weeks, leading into a 12-week meet prep. The client, Piotr (full transparency: he is my boyfriend, so if the program seems cruel and evil, now you have context), came to me wanting to build size in his upper body while also keeping in mind that he wanted to do a powerlifting meet in December.

Essentially, we counted out the weeks from his meet, and I designed an eight-week upper body focused powerbuilding program split into two four-week cycles, followed by a deload, and then transitioned into a 12-week meet prep.

First off, what is powerbuilding?

If you are an avid reader of the site, you probably know what this is by now, as many athletes and coaches utilize this training style in some fashion periodically. But if you are new, powerbuilding is essentially a training mix of powerlifting and bodybuilding. It incorporates higher weight, lower volume main/compound movements, as well as lower weight higher volume accessory movements. I like to use this style of training for off-season powerlifters or before a meet prep, as well as for my physique athletes. At the end of the day, using powerbuilding blocks intermittently can help the weak get stronger and the small get bigger without fully compromising or favoring the other. Simple as that.

Let me go ahead and give you some context about Piotr. Piotr is your standard ectomorph. He has a light build and has always found it hard to gain weight. Below is a picture of him right before I met him in 2017. 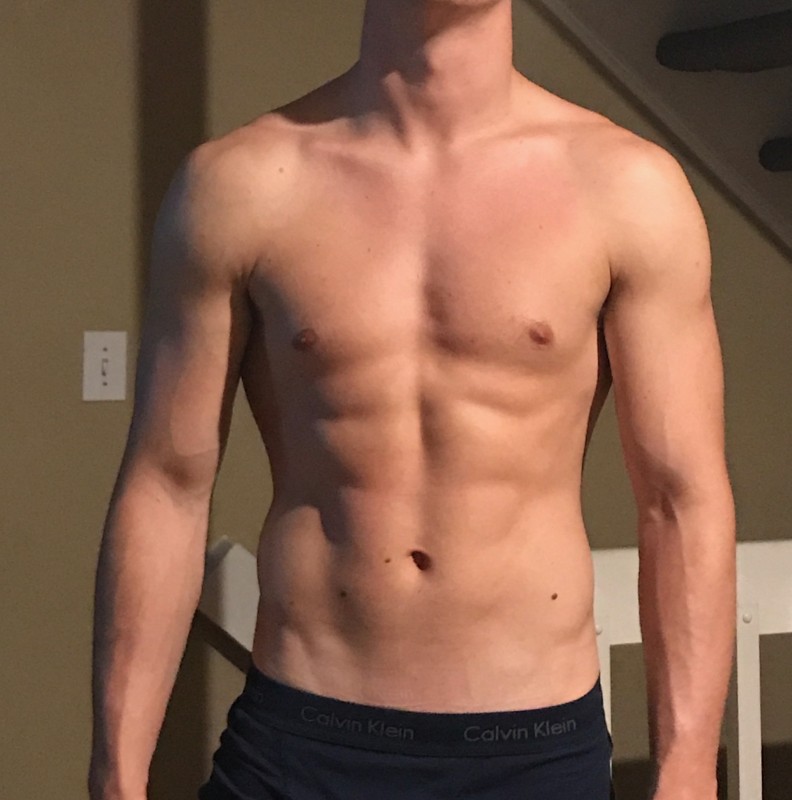 He was five-foot-eleven and 165 pounds when I met him. Since then he started getting more serious about powerlifting, so he left the gym he was currently at and started training solely at 614 Barbell in Hilliard, Ohio, with people who knew what they were talking about. So that now takes us to summer 2019 where Piotr was hovering at 188 to 190 pounds. Just from lifting with more purpose and structure, and without even diving into nutrition, Piotr put on a good amount of size and strength. 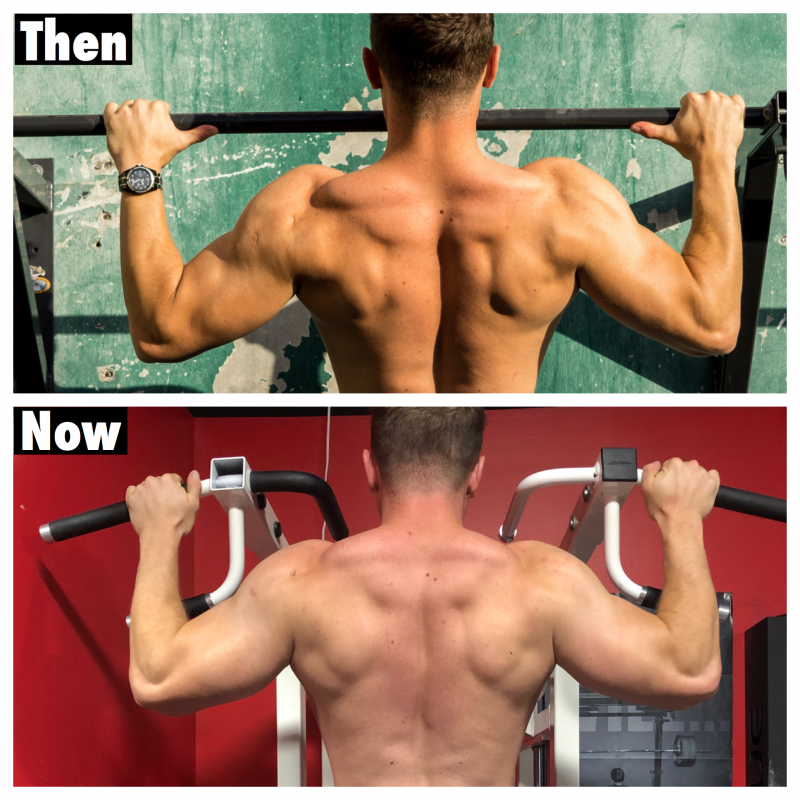 But it was this summer that Piotr really wanted to hit that 200-pound mark and higher and really focus on building his upper body size. Getting to 200 pounds has always been a struggle for him, even though he eats kind of whatever he wants. He also wanted to get stronger for his meet coming up in December. With this information, I established two primary action steps with him based on his goals:

Within his powerbuilding phase, I created two four-week blocks that progressed from one to the other, followed by a deload week, and now he is currently in his 12-week meet prep. I am going to dive into the explanation of both blocks separately, but both blocks are upper body-focused, with three upper days and one lower day. He is actually pretty thick in his lower body compared to his upper in terms of size. This obviously changed going into a meet prep as we transitioned him to more of a standard two-upper, two-lower split.

Block 1 was very volume-driven. All movements were RPE 8 unless otherwise noted, meaning he should have another two to three reps left in the tank. In this block are a lot of AMRAP sets, tempo sets, RPE 9, etc. This first block felt like cardio for him compared to what he was used too. But this increased his work capacity, which is a huge downfall of a lot of powerlifters. Their aerobic strength sucks, therefore they tap out when they actually still have more in the tank strength-wise. That being said, I kept his rest as needed in-between sets so he had time to recover as he needed. After about two weeks, he looked noticeably bigger just from the muscle glycogen and fullness.

Block 2 was a similar structure; however, in our main movements (bench/overhead press/squat/deadlift), we were working up to a triple at 80 percent. This helped us gauge where to start his meet prep numbers and also woke up his central nervous system a bit. This block was still volume-focused but had a little less AMRAP and death while still including some tempo work and mind-muscle connection movements. You will see a little more direct chest work in this block, as that was a hypertrophy focus of his.

Overall I am really happy with his progress and results from just this short block. Eight weeks is pretty short, so I wasn’t expecting something unrealistic, but he gained 10 pounds and he generally felt stronger in the gym. A part of me wonders how he would favor doing powerbuilding blocks for six months. He seems to be a quick responder, so he would probably see a lot of progress. We are tracking his weights through this meet prep and then obviously the meet itself to see if not only he was able to put on size but if the powerbuilding block has a positive impact on his strength in the long run as well. 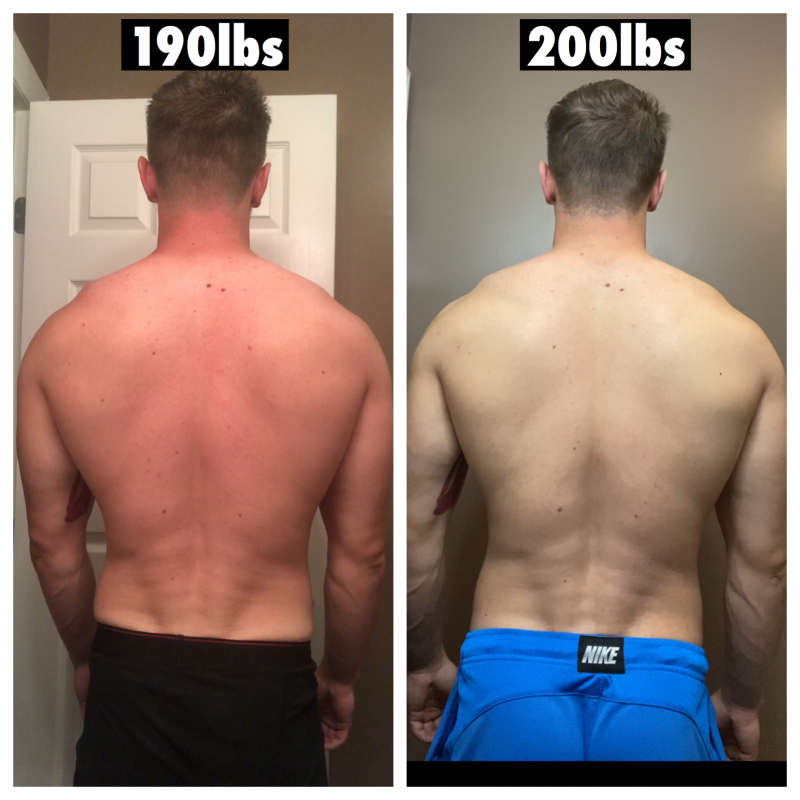 As you can see, he developed some obvious fullness in his core, back, and even his neck. Also, I am sure needing to wear XL T-shirts now versus Large T-shirts strokes his ego a bit. My guess is that we will see some solid poundage added to his total come meet time!

Tony Huge: “Doing Steroids Is Far Healthier Than A Vegan…