Kelly Clarkson Praises Carrie Underwood for Talking About Her Miscarriages 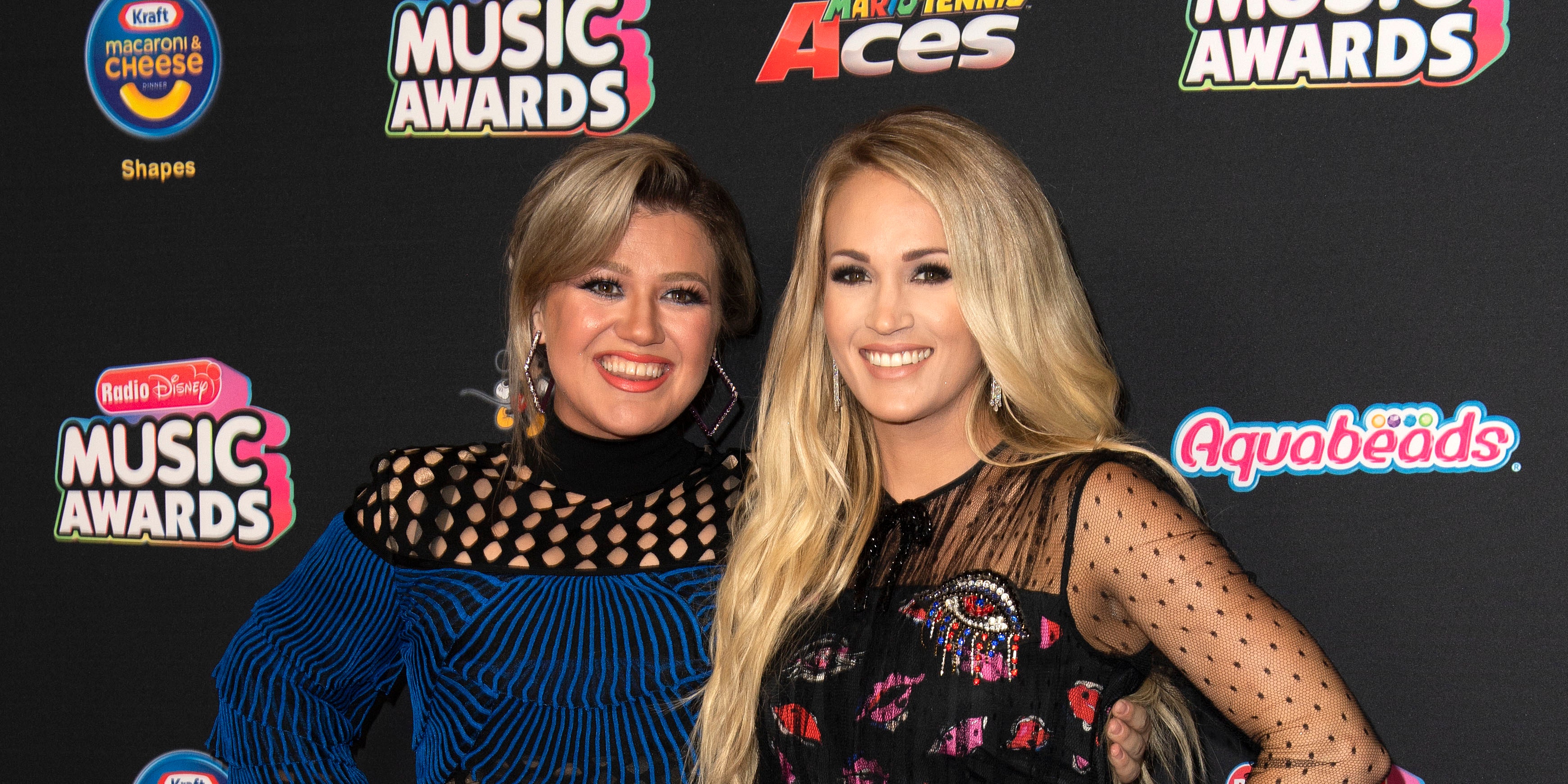 Kelly Clarkson is excited that her friend Carrie Underwood is expecting another baby—and moved by the country star’s recent decision to talk publicly about the series of miscarriages she experienced over the past couple of years.

“I’m so happy for her,” Clarkson told Entertainment Tonight backstage at the 2018 iHeartRadio Music Festival in Las Vegas this weekend, referring to the pregnancy news Underwood shared in August.

The singer then got a little emotional and started tearing up about the three miscarriages Underwood talked about in an interview with CBS News over the weekend. “I didn’t know a lot of the situations that were going behind the scenes,” Clarkson said.

Clarkson said she was glad Underwood decided to share her own experience with pregnancy losses because it could help deal with the sadness and stigma some women may feel. “It’s a really cool thing [she did],” Clarkson said of her fellow American Idol alum. “I was emailing her, because I was like, ‘It’s so important that you talk about it,'” she continued. “I know you don’t have to, because it’s a hard thing to do. But it makes women who feel inferior, or [who] feel like something’s wrong with them—it makes them feel comfortable, and [lets them know] that people go through it.”

Clarkson revealed that she has “a lot of friends that have gone through that several times as well.” She added, “Any woman, that’s hard.”

When public figures like Underwood speak publicly about their experiences, it’s a reminder to everyone that miscarriages are not unusual.

Early pregnancy loss (which occurs in the first 13 weeks) is relatively common. According to statistics from the American Pregnancy Association and the American College of Obstetricians and Gynecologists (ACOG), somewhere between 10 and 25 percent of all pregnancies end in miscarriage.

Although it’s less common to have more than one miscarriage, like Underwood, it does happen. “Repeated pregnancy losses are rare,” according to ACOG. Less than 5 percent of women will have two miscarriages, and less than 1 percent of women will have three or more, the American Society of Reproductive Medicine estimates. (Recurrent miscarriages can be caused by a number of medical issues, such as chromosomal or genetic abnormalities, uterine abnormalities, immune-system issues, or hormonal problems, women’s health expert Jennifer Wider, M.D., previously told SELF.)

Even though miscarriages are relatively common, the stigma associated with them can cause feelings of guilt or shame.

Whether it’s your first or third, a miscarriage can be difficult to deal with emotionally. Grief and sadness are common feelings, while some women feel anger. (Underwood said she “got mad” during her experience.) And for many, feelings of shame or guilt come up, along with the idea that something is wrong with you, like Clarkson suggested.

“Guilt is the most common and most difficult thing for women who have gone through miscarriages,” Tamar Gur, M.D., Ph.D., a women’s health expert and reproductive psychiatrist at The Ohio State University Wexner Medical Center, previously told SELF.

However, although a pregnancy loss is clearly an emotional event, guilt doesn’t need to be part of that. “These things happen for known and unknown reasons,” Dr. Gur said, “and in my clinical practice I have yet to meet someone who intentionally or unintentionally caused a miscarriage.”

How to Train All Energy Systems in a Single Session

Britt Ekland health: The condition which made the Bond girl…

Alesha Dixon health: ‘It was quite crippling’ AGT judge’s…