Nautilus has announced that three of its Octane Fitness ellipticals are now compatible with Apple’s GymKit, including the LateralX, XT-One, and XT3700, at commercial establishments like gyms and colleges. 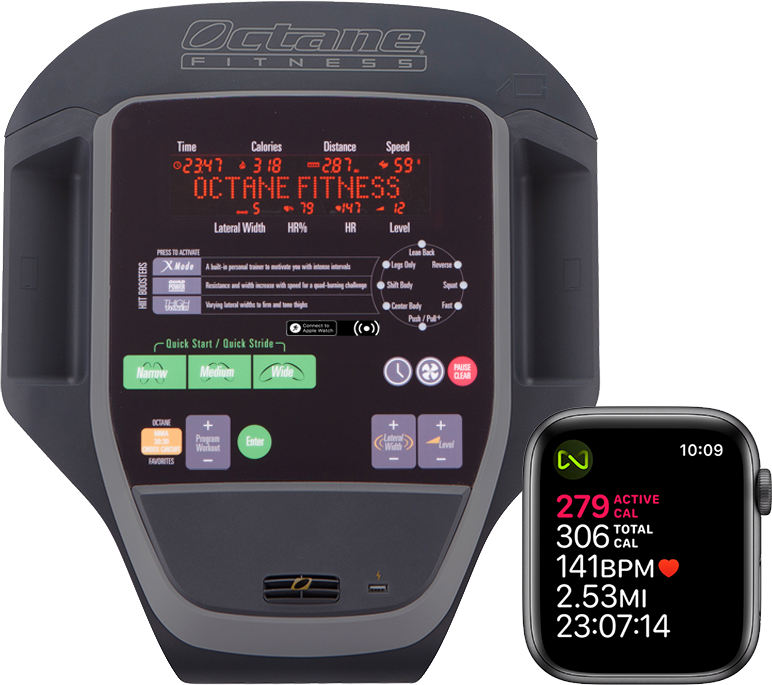 At the end of a workout, data from the equipment appears in the Activity app on the user’s Apple Watch and iPhone. No data is stored on the Octane machines.

Octane Fitness says its equipment is also used by companies like Facebook and Google, colleges like Duke and Columbia, some NFL and MLB teams, the CIA and FBI, various fire and police departments, and many others.

It will likely take some time for the GymKit-enabled ellipticals to make their way to all of the locations listed above, as gyms and other commercial establishments gradually renew and replace their equipment over time.