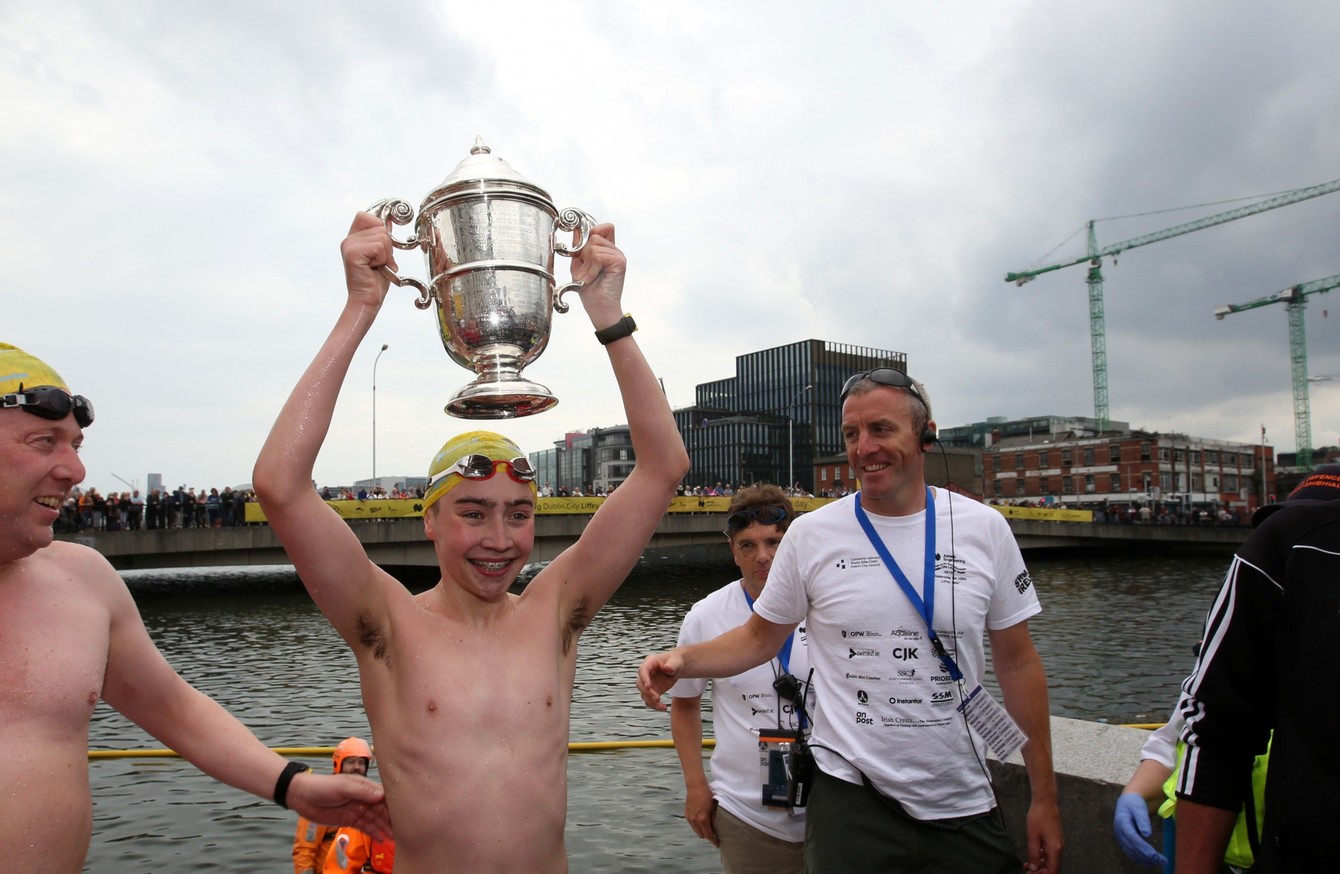 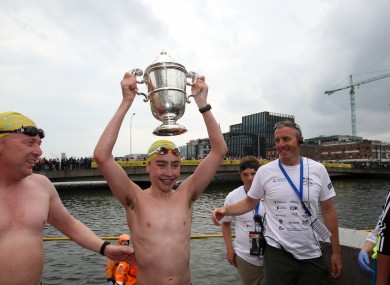 The Liffey swim has been running since 1920, and brings hundreds to the capital to swim 2.2kms of the River Liffey, setting out from Watling Street bridge and finishing up at Customs House Quay.

Swimmer’s were assigned a time handicap depending on their level of proficiency.

This year, Mark Hanley from Meath, who is part of the North Dublin swimming club claimed the first place title in the men’s event.

He was followed by 61-year-old Billy Keogh of Sandycove swimming club, while 74-year-old Conor O’Neill of Phoenix swimming club rowed in at third.

This year marked the 100th Dublin City Liffey Swim, organised by Leinster Open Sea, and saw over 600 swimmers take part between the men’s race and the women’s race.

It prompted the HSE to issue a number of warnings in advance, advising anyone with open wounds, pregnant women, and those with a weakened immune system to sit it out.

A statement from Dublin City Council said: “The results are exceptionally poor, and significantly exceed the maximum permitted levels for designated bathing waters.”

Peloton Stock Is the Apple of Fitness – The Motley…

No, It’s Not Medically Possible to ‘Reverse’ Abortions