The power of hearing someone tell you ‘Good night’ 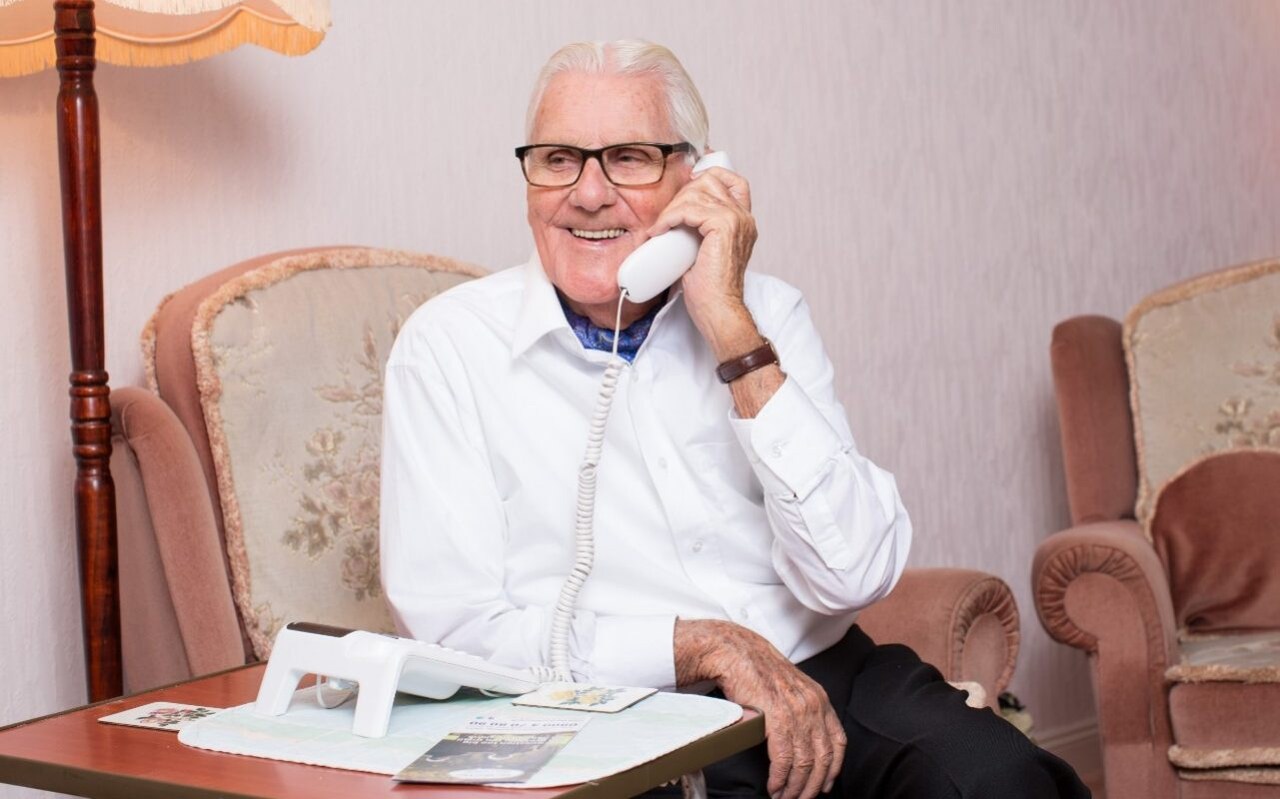 When Silver Line helpline manager Emily Forbes took a call from an elderly lady one evening earlier this year, the lady quietly explained that she was in a care home and while she was surrounded by people, nobody ever said goodnight to her. “It was all she wanted to hear before she went to sleep at night, so she called us every evening after that just to hear another voice before bed,” says Emily.

The Silver Line charity was founded by Dame Esther Rantzen in 2013 to offer support to the 1.2 million older people in Britain believed to be struggling with loneliness and social isolation. The charity operates the only confidential and free helpline for over 55s that’s open 24 hours a day, seven days a week, 365 days a year. And it’s one of three charities supported by this year’s Telegraph’s Christmas Charity Appeal.

Ten to twelve helpline workers field around 1,500 calls a day, helping to link callers to local groups and services, handing out information, and offering regular telephone friendships.  ”We’re like a friend or companion on their sofa,” says the charity’s Chief Executive Sophie Andrews. “Sometimes they just call us to find out what’s on TV that night. I’ve heard our volunteers reading the TV guide out over the phone and then having a chat about the kind of programme the caller might like. I recently heard one suggest somebody watch Paul O’Grady’s For the Love of Dogs.

“‘You like dogs, so you’ll love this,’ I heard them say, ‘And do call me afterwards, if you want to, to tell me what you thought of it?’ Of course, calling up to ask what’s on TV that night is really just a way of saying they’re lonely and that they need somebody to speak to. But the appeal of our helpline is they don’t need to admit to feeling lonely. They can call us up to just to have a chat about their day.”

Andrews says loneliness amongst the elderly in the UK is epidemic and often hiding in plain sight: “Sometimes our callers are estranged from their families, living in care homes, or they’re widowed. But many have friends and families. However, as we all know, families are busier than ever. They’re also more dispersed, with some living overseas, and we’re working longer hours than ever before. So an elderly person may feel terribly lonely in the evening, but assume their son or daughter is so tied up with work, children or the busy paraphernalia of modern life, they don’t want to bother them with a call.”

Dame Esther, who calls Silver Line “a Childline for old people”, says the two “B” words – busy and burden – explain why older people feel so isolated. Ninety percent of callers live alone, but many are carers for their partners, who may have dementia or other medical conditions.  Although the helpline is aimed at adults over 55, most of the evening calls are from over 75s, with a significant proportion from the over 90s, whose support systems and social connections have usually disappeared with age.

”Most of our calls come in at night,” says Andrews, “when feelings of loneliness can intensify. The dark nights drawing in don’t help matters, nor does the lead up to Christmas which is often a time for reflection and when somebody who already feels quite lonely presumes everybody else is having a wonderful time, or simply sitting with a loved one on the sofa.

“We get a spike in calls on Christmas night from older people, who have either spent the day alone or are dropped back home to an empty house after a day spent with family. Last year, we got 800 calls on Christmas evening.”  A 2015 study found that a lack of social connections is as damaging to health as smoking 15 cigarettes a day. Other studies have found that, in terms of health, loneliness is comparable to obesity, increases your risk of high blood pressure, heart disease, stroke, cognitive decline, dementia, and increases the risk of depression and suicide.

“We get quite a few calls very late at night or even at 2 or 3am,’ says Andrew. “As you get older, your sleep patterns can sometimes become disrupted and we have callers who find themselves wide awake at 2am. Others may be recently widowed and missing their spouse, having a panic attack, or dealing with a spouse who perhaps has dementia. We also receive calls from elderly people who live alone and have heard a noise downstairs that has scared them.

“They don’t want to disturb their family at 2am – and some don’t have anybody they can call at that hour – so they call us and we give them coping mechanisms to calm them down and reassure them. Sometimes they just call because they haven’t spoken to anybody all day and want to hear another person’s voice.  For most of us, something as simple as saying goodnight to somebody – and have somebody say it back to us – is so normal that we take it for granted. But for an older person, it’s a lifeline.”