Weight loss: Why the keto diet is so good for shedding the pounds 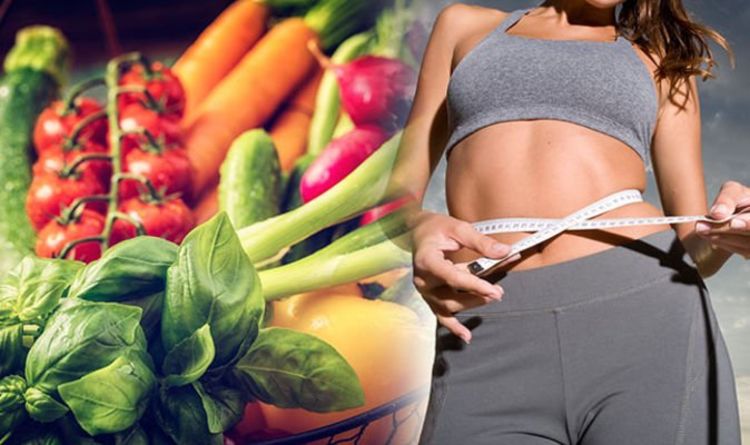 The ketogenic diet has been hailed an excellent weight loss method recently, due to the lack of carbs involved and the rate at which the body can burn fat.Many people experience its benefits of weight loss, as well as having a positive impact on overall health. The keto diet helps you burn fat more effectively, but it’s a rather strict plan to follow. What is the ketogenic diet?

‘Keto’ allows the body to switch from burning carbs and sugar for energy to fat, putting the body into a state of “ketosis”, effectively a “fat burning machine” – as described by a diet expert at Diet Doctor.

They explain: “Ketones are produced if you eat very few carbs (that are quickly broken down into blood sugar) and only moderate amounts of protein (excess protein can also be converted to blood sugar).

“The liver produces ketones from fat. These ketones then serve as a fuel source throughout the body, especially for the brain.”

Why is the ketogenic diet good for weight loss?

On the ketogenic diet your entire body switches its energy supply to run mostly on fat, as when insulin levels drop fat burning can increase hugely.

It then becomes easier to access your fat stores to burn them off, Diet Doctor explains.

The abrupt change to your lifestlye and heating habits will also mean you see results quicker – if you can commit fully to the diet.

What foods can you eat on the keto diet?

Of course there are no carbs involved, which make this diet such an effective weight loss method, but there is an array of healthy foods you can still enjoy.

It is advised to eat unprocessed meat, fish and seafood such as salmon, eggs, vegetables, and natural fats on this diet.

The diet recommends only vegetables that grow above ground, including tomatoes, aubergines, broccoli, peppers, brussels sprouts, and cucumbers.

You can also still enjoy cheese and butter.

Foods out of the question are fruit, potatoes, pasta, bread, rice, chocolate, and sweets.

However, the occasional glass of wine is acceptable.

Women’s Health found the key to the diet is sticking to the right ratios.

They explain: “You’re supposed to get at least 70 percent of your calories from fat, 15 to 25 percent from protein, and 10 percent from carbohydrates—that means only about 20 grams of carbs or fewer.”

Disadvantages of the keto diet

The diet can contribute to a lot of other changes in the body, with a common side effect being ‘the Keto flu’.

Keto Connect warn: “The first five to seven days can be pretty rough, but your body is getting over its dependency on sugar. During this time of transition it is essential that you supplement electrolytes. Your body is flushing out lots of water, and with that goes electrolytes.”

They also advise those following the diet keep their protein intake moderate and not to restrict calories in the beginning.

“You will notice a decrease in cravings and hunger after a few weeks on a ketogenic diet,” they add.

How to lower blood pressure with a heart-healthy diet and…

What is an anti-inflammatory diet and its benefits for heart…

The DASH diet is more than half carbs, and experts say…