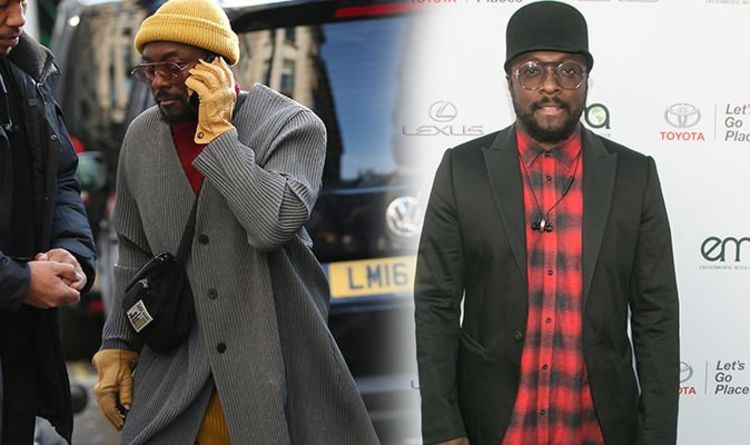 The Voice UK coach Will.i.am – real name William James Adams – had a diet overhaul over one year ago, after realising how unhealthy his lifestyle had become. Will.i.am said he lost 20lbs thanks to a vegan diet, after originally weighing 15 stone. The Black Eyed Peas star, 43, said the plant-based diet brought down his cholesterol and high blood pressure and reduced his stress levels. Will.i.am also previously would have just two and a half hours sleep per night, so when he realised the toll his lifestyle was taking on his body he made a big change.

He said: “I switched my regimen, went plant-based and it changed my life. I lost 20 lbs.

“My cholesterol came down, my high blood pressure came down. My stress levels came down naturally. I have more energy. My sleep regimen is awesome.”

“It changed my life, and I would encourage everybody to have a plant-based regimen,” he continued.

“The more I think about it I was like, ‘Ew.’ I was just, I had death in me. Decayed flesh and crazy chemicals I can’t pronounce. You wouldn’t put that s**t in your car.”

At the start of 2018, Will.i.am said doctors told him he had high blood pressure and high cholesterol and that was enough of a wake up call.

He told The Mirror at the time: “I weighed 15 stone. After we finished filming in December I went home, I became vegan, I biked to work and I lost 15lb.

“I decided to do it as I was heavy then. I went to the doctor because I had this cough I couldn’t kick.

“They said I had high blood pressure and high cholesterol. I was like, ‘Why am I having that?’.

Will.i.am now works out more regularly and changed his diet to become more plant-based, which isn’t as strict as a vegan diet.

He added: “I thought, ‘OK, I have to get this under control’. So I changed my diet, started working out more and lost the weight.

“The cholesterol is down as well but it runs in my family, and diabetes. So I want to get it under control now so I don’t have to worry about it later on.”

He told Loose Women last year his immune system is now better than ever after cutting meat from his diet.

Will.i.am said: “The high cholesterol was a wake-up call, then I had bronchitis for a month and a half and I didn’t know why I couldn’t beat it.

“My immune system was weak and I was eating whatever I could eat for energy, my sleeping patterns were really off, I’d have two and half hours, wake up, go to work, have a nap. So I really had to get my life in check.

“My blood pressure and cholesterol came down without having to take medicine, my nasal drip has gone, both my nostrils are working – as I always had one nostril that didn’t work! No more nasal drip no more acid reflux.”

Untying the Knot of Japan’s Bureaucratic and Diet…

‘Western-style’ diet is making you fat and…

Put some fiber in your art diet – Lowell Sun

Tulsi Gabbard on Veganism, Climate Change, and What Gives…