How to eat vegan while you’re flying – The Boston Globe 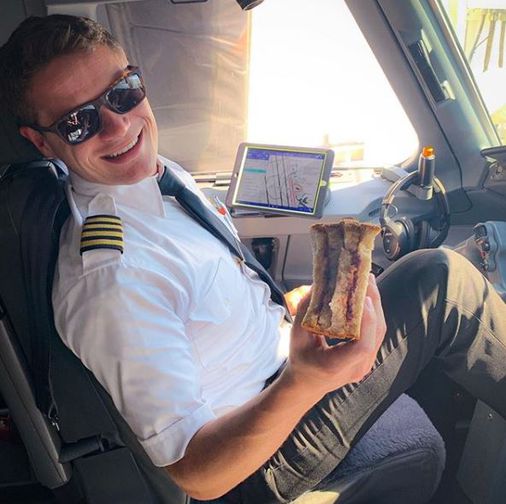 But what if flying is your job rather than an occasional inconvenience, and healthy eating means maintaining a vegan diet? Then, you need a plan.

Meet Matthew Ayer, known on Instagram and YouTube as The Veggie Pilot. After seven years in the pilot’s seat and countless nights in airport hotels, Ayer has developed strategies for traveling, staying sane, and eating well.

The 32-year-old pilot describes the sometimes impossible sounding task of finding vegan-friendly options in planes, airports, and hotels simply as “inconvenient.” Ayer, who is on the road about 180 days a year, understands the challenges better than most. He calls Westfield in Western Massachusetts home, works as part of a Los Angeles-based crew, and spends as much time as he can with his girlfriend in Salt Lake City.

In his blog posts, videos, and Instagram stories, the pilot shares what he has learned to make the process a little less inconvenient for others. “Being a vegan traveler is a spectrum of really low lows and really high highs. On the bottom end, you’re trying to survive, just trying to get enough food in for the day, enough calories and protein, and have a balanced meal. But on the top end, you find these hidden gem restaurants and have this amazing meal. And it’s so rewarding,” Ayer says.

Ayer features his vegan restaurant finds in his posts. When asked to name some favorite finds in unexpected places, he starts with The Red Cup, an Oklahoma City restaurant that he says looks like your “crazy vegan uncle’s house” complete with a wandering rooster. Ayer goes for the southwestern breakfast bowls with beans, tofu, Hatch chili peppers, and cashew cheese. Ayer also likes Pulse Cafe in Hadley, Mass. “They have one of the most diverse menus in a vegan restaurant. Each item is outstanding.” He also sings the praises of the vegan dining options in Edinburgh and Tokyo.

But before the highs of these great finds, came the lows. Notably, long trips he endured as a new pilot trying to eat vegan food on a slim salary. His eating plan then consisted of plastic bags filled with cooked pasta, tomato sauce, and vegan meatballs that he would mix together in crew rooms. Those early struggles led him to create his website, veggiepilot.com. “There was nothing online if you were a vegan who was thinking of becoming an airline pilot, or a pilot who was thinking about going vegan,” Ayer says. The site features tips such as “5 things vegan pilots should always have.”

Ayer began making videos of his travels and product reviews in 2016, and his social media following took off among both airline crews and regular travelers. He partially credits a video he shot at the vegetarian diner Veggie Galaxy in Cambridge with helping to grow his following. That video earned 20,000 views on Facebook in just two days.

On a stopover in Cambridge where he was picking up vegan takeout before heading to Western Massachusetts for a few days off, Ayer shared some tips for how he makes airline travel and vegan eating go together more smoothly.

Pack a protein drink for a stress-free nutritional foundation

Ayer still recommends packing a plastic bag, but one filled with a vegan protein drink mix, not spaghetti and meatballs. “You can bring that everywhere. All you need is a bottle to mix it in and water. Now you can start and finish the day with a protein shake and then you don’t have to be stressing out about getting enough nutrients.”

He notes that many protein shakes include a good mix of vitamins, omega fatty acids, and greens to help cover basic nutritional and caloric needs for the day. “That causes you to not stress out about your meals. It’s pretty easy to find vegan carbohydrates and vegan greens. You can just go to whatever restaurant and order the salad, pick off the ingredients that aren’t vegan.”

Go nuts if you’re not a shake fan

If you don’t like protein shakes, Ayer recommends packing low-salt almonds, walnuts, or mixed nuts. Make sure to buy them in advance so you aren’t stuck paying airport prices. “That covers you in a lot of ways, you can snack on that all day.” He avoids trail mix because it often includes more dried fruit than high-quality protein.

In the airport, beans and rice can save you

Ayer says that it is still not easy to find high-quality vegan food in airports. “Being in the airport is the survival part of it.” But some airports — like those in Seattle and Portland, Ore. — offer good vegan choices. Seattle-Tacoma International Airport has an in-terminal restaurant called Floret by Cafe Flora that specializes in vegetarian, vegan, and gluten free dishes featuring local produce.

Outside these Pacific Northwest vegan hot spots, Ayer’s first stop is often the airport Mexican restaurant, where he orders a side of vegan beans and rice and adds some veggies. “Beans and rice can save you. Will it be the best meal? Maybe not, but at least it’s a solid meal.” In a pinch, he turns to Starbucks oatmeal.

Drinking enough water is always important when flying, but Ayer suggests another benefit. “You’ll find you won’t get such crazy hunger pangs if you’re hydrated.”

Ayer’s final tip is to do your research up front and figure out where the good restaurants are at your destination. Finding a hotel or rental in an area with easy access to food means that you don’t have to go searching for dinner after a long day of travel or touring.

“Traveling is exhausting anyhow, if you can make your food as easy as possible, it won’t be a big deal.”

Michael Floreak can be reached at [email protected].