The FDA has seized thousands of documents from Juul Labs related to its sales and marketing techniques after conducting a surprise inspection.

The raid, part of the agency’s latest crackdown on e-cigarette companies, was a bid to probe how the company is selling the product to teenagers, the company’s fastest-growing consumer group.

Last month, the FDA said it was considering a ban on flavored e-cigarettes from Juul and other companies as it grapples with an ‘epidemic’ of youth e-cigarette use that threatens to create a new generation of nicotine addicts.

It came just as the CDC released a report revealing that Juul sales rocketed seven-fold (641 percent) last year, and health officials warn teenagers are the target of marketing strategies.

What’s more, another report published today by the RAND Corporation showed teenagers who vape are more likely to smoke real cigarettes, suggesting there may be merit to the fears that Juuls could be a gateway to tobacco.

SCROLL DOWN FOR VIDEO 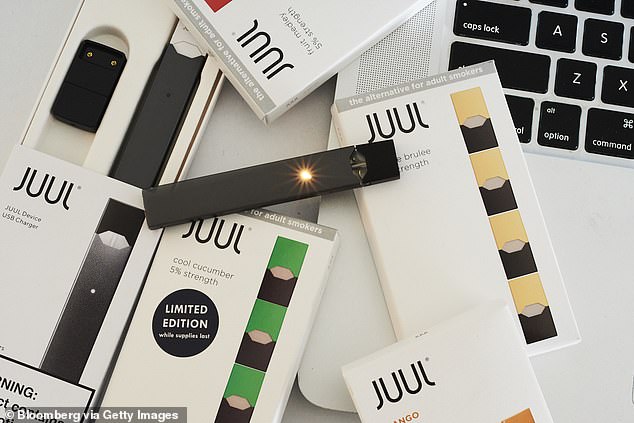 Juul, an e-cigarette shaped like a USB flash drive, is marketed as an alternative to cigarettes.

For smokers trying to quit, they have proved useful, according to some studies.

But the thing concerning health officials is the marketing of these products to teenagers who are not yet hooked to nicotine products but could become so.

‘The JUUL inspection, which we completed on Friday, sought further documentation related to JUUL’s sales and marketing practices, among other things, and resulted in the collection of over a thousand pages of documents,’ the FDA said in a statement.

‘The inspection followed the Agency’s request for information that we issued to JUUL Labs in April for documents that would help us to better understand the reportedly high rates of youth use and the youth appeal of JUUL products, including documents related to marketing and product design.’

Currently, Juul has about 72 percent of the US market for e-cigarette sales, according to Wells Fargo.

Sales of Juul grew more than seven-fold from 2016 to 2017, and held the greatest share of the US e-cigarette market by December 2017, according to an analysis of retail sales released by the CDC in JAMA today.

As reports have grown of teens smoking them even at school, health officials have ramped up their warnings that Juul is one of the most potent nicotine products on the market, and nicotine is highly damaging to a child’s brain development.

‘Juuling,’ along with ‘vaping,’ has become a common term for e-cigarette use by teenagers on social media and at US high schools.

The inspection, which was completed on Friday, followed the agency’s request for information in April for documents that would help it better understand the reportedly high rates of youth use and the youth appeal of Juul products. 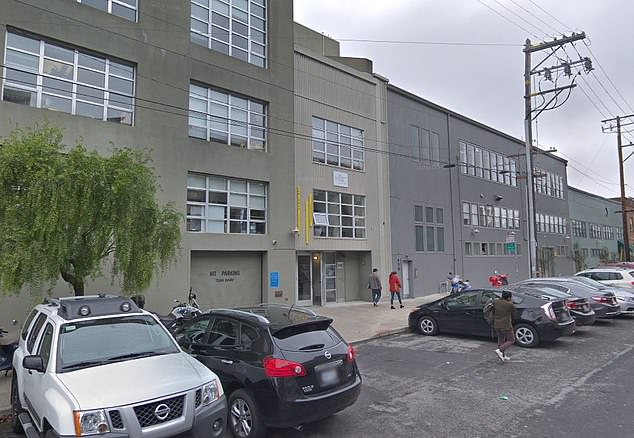 Raided: Juul’s headquarters in San Francisco, where the FDA conducted a surprise raid this morning

The FDA also said it had conducted inspections of several of Juul’s contract manufacturing facilities earlier this year.

Reacting to the news of the increased sales today, CDC director Dr Robert Redfield, MD, said: ‘The popularity of JUUL among kids threatens our progress in reducing youth e-cigarette use. 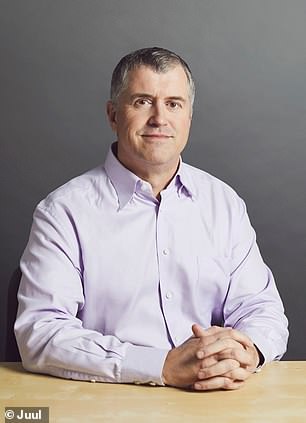 Juul CEO Kevin Burns, who previously headed up the yogurt firm Chobani and also worked in a private equity firm, insists the aim of the company is to reduce underage use

‘We are alarmed that these new high nicotine content e-cigarettes, marketed and sold in kid-friendly flavors, are so appealing to our nation’s young people.’

Juul said in a statement emailed to DailyMail.com: ‘We are committed to preventing underage use, and we want to engage with FDA, lawmakers, public health advocates and others to keep JUUL out of the hands of young people.

‘The meetings last week with FDA gave us the opportunity to provide information about our business from our marketing practices to our industry-leading online age-verification protocols to our youth prevention efforts.

‘It was a constructive and transparent dialogue.

‘We’ve now released over 50,000 pages of documents to the FDA since April that support our public statements.

‘We look forward to presenting our plan to address youth access in the 60-day time frame as outlined by FDA.

‘We want to be part of the solution in preventing underage use, and we believe it will take industry and regulators working together to restrict youth access.’