A six-year-old boy who suffered a catastrophic brain injury after contracting herpes has won a record £37 million NHS compensation payout.

Following his birth at Watford General Hospital, the youngster was infected with the virus, which developed into a devastating brain fever, a court heard.

The infection ‘should have been but was not detected and acted upon’ soon enough, according to his barrister Henry Witcomb QC.

Treatment was delayed by two days, resulting in ‘catastrophic damage to his brain’, he told London‘s High Court.

The boy, who cannot be identified, suffers from eyesight and communication problems, as well as cognitive, movement and behavioural issues. 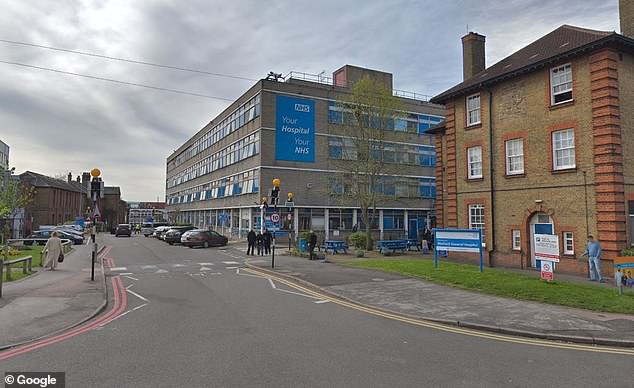 A six-year-old boy who suffered a catastrophic brain injury after contracting herpes has won a record £37 million NHS compensation payout. Following his birth at Watford General Hospital, (pictured) he was infected with the virus, which developed into a brain fever, a court heard

Mrs Justice Lambert said the late diagnosis delayed the youngster from being treated with the anti-viral drug Acyclovir.

‘The effects of the negligence have been tragic both for the boy and his family,’ the judge added.

Mrs Justice Lambert said the trust admitted liability for what happened to the boy at an early stage and agreed to settle his case.

The boy will receive a lump sum payout, plus annual, index-linked and tax-free payments to cover the costs of the 24-hour care he will require for the rest of his life.

The capitalised value of the settlement, calculated over the boy’s lifetime, comes to more than £37 million, Mr Witcomb said.

This is believed to be by far the biggest ever award in a clinical negligence case, the previous record being around £20 million.

John Whitting QC, who represented the trust, said its chief executive wrote a letter of apology to the boy’s family in May last year.

He added, on behalf of the trust: ‘The care which he received was not of an appropriate standard and for that we are acutely sorry.’

‘Lessons had been learned and steps taken to make sure ‘nothing similar will ever happen again’.

Mrs Justice Lambert praised the ‘quite astonishing care and devotion which has been shown by both parents to the boy, at very considerable cost to their own physical and mental health’.

She paid tribute to their ‘unstinting care and devotion to their son’ and the ‘personal sacrifices’ they had both made.

‘I am pleased to approve the order,’ added the judge, who wished the family ‘the very best for the future’.

The boy’s solicitor, Paul McNeil, from the law firm Fieldfisher, said after the hearing: ‘We are grateful to the courts for approving a settlement in this long-running, catastrophic child injury case that has devastated the family.

‘The settlement will ultimately enable the family to access funds to pay for vital care, education and therapies for life.

‘While we recognise that this is the highest award ever made against the NHS, our hope is that such accidents will never be allowed to happen ever again in the future.’

This comes just a week after an 18-year-old woman was awarded almost £20 million in compensation, which was at the time believed to be a record payout by the NHS.

The teenager suffered catastrophic brain injuries after being starved of oxygen as a baby when doctors failed to properly ventilate her.

The woman, who cannot be named, developed complications at five months old following an operation to correct a malformed oesophagus.

One in ten Britons could end up in hospital with…

Can Abortion Cause Infertility?

Scientists claim antibiotics already on the market can treat…

CT scans may be the fastest way to diagnose coronavirus,…

California is monitoring at least 8,400 for signs of…