Vitamin D deficiency: Pain when you press this area of the body can be a tell-tale sign 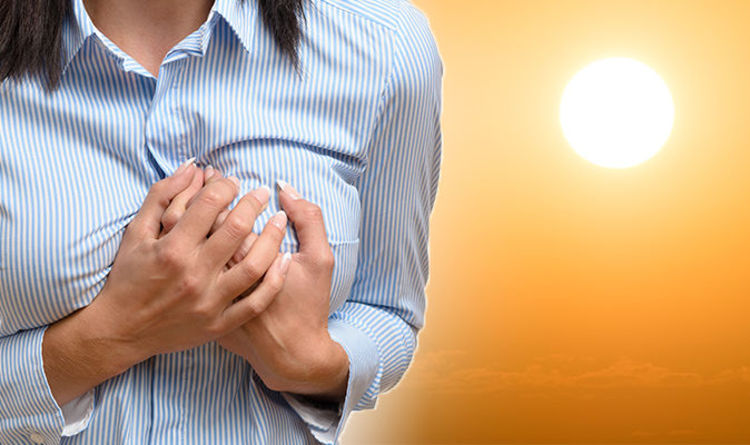 Vitamin D deficiency tends to be more common during this time of year in the UK, when UV levels are too low to synthesise vitamin D in the skin.

The vitamin is important when it comes to healthy function of the body as it helps regulate the amount of calcium and phosphate in the body, which are nutrients that keep bones, teeth and muscles healthy.

People with insufficient levels of vitamin D may experience symptoms such as constipation, muscle weakness and increased susceptibility to infection.

But another sign of vitamin D deficiency is if you feel pain when you press on your breastbone, also known as the sternum, which is located in the middle of your chest, according to Karen Langston, a spokesperson for the National Association of Nutrition Professionals.

Speaking to Arthritis Foundation she added: “The biggest concern [of vitamin D deficiency] is osteomalacia, or the softening of the bones.

“In children, it’s called rickets. It also can cause brittle bones, weak muscles.

“Other symptoms are fractures of the hip and pelvis, bone pain and tenderness, tooth decay and hearing loss because the bones in the ear become soft.”

If you suspect you have symptoms of a vitamin D deficiency you should go see your GP who can discuss treatment options.

So how can you avoid a deficiency in the vitamin in the first place?

While the best source of the vitamin is from sunlight, it can also be gained by eating certain foods.

The Association of UK Dieticians recommends nine foods to eat to help your body get vitamin D:

Cod liver oil contains a lot of vitamin D, but pregnant women are advised against taking it.

Egg yolk, meat, offal and milk contain small amounts but the levels can vary during the different seasons.

Finally, margarine, some breakfast cereals and some yoghurts have added or are ‘fortified’ with vitamin D.

The dietitian trade union advises: “All adults and children over the age of one should consider taking a daily supplement containing 10 micrograms of vitamin D especially during autumn and winter.

“Those in the risk groups, as above, should consider taking a supplement containing 10 micrograms of vitamin D all year round.

“All babies under one year should be given a daily supplement of 8.5 to 10 micrograms unless they have more than 500mls of fortified formula milk.”

Do you need to take vitamin D supplements all year round?

If you spend short periods of time in the sun on most days, without sunscreen, from early April to the end of September, (without burning) you should make sufficient vitamin D to meet your needs if the UV index is greater than 3, according to Dr Sarah Brewer (www.DrSarahBrewer.com).

Holiday Inn near Heathrow to be a coronavirus quarantine…