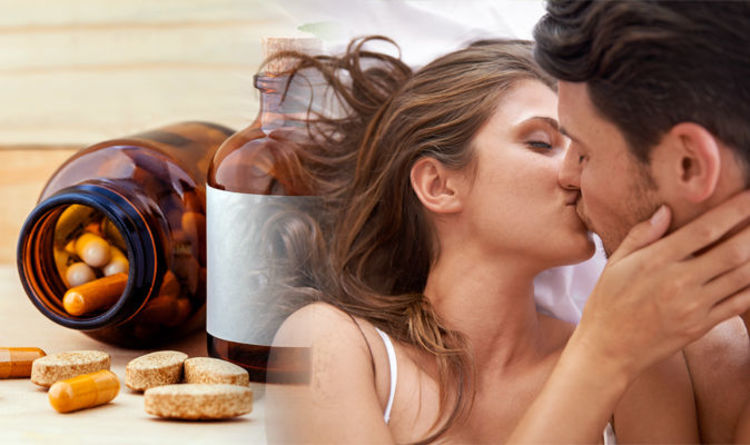 Sex drive can vary from person to person for a variety of reasons, a couple being hormonal changes, low energy and stress.

Drinking alcohol, relationship issues and tiredness can also be linked to a low sex drive, as well as an underlying medical problem.

If your reduced live is distressing or it’s affecting your relationship it’s recommended you seek help and advice from a medical professional.

For those looking to try a natural enhancement, a ginseng supplement could be the answer.

According to high street health store Holland & Barrett, the Asian root plant has a well-deserved reputation for being an alternative therapy for reduced sexual satisfaction.

“There have been several studies in recent years which suggest that ginseng might be very effective in supporting libido in men.

“A study on 90 volunteers revealed significantly greater sexual satisfaction in those that had taken ginseng extract.”

Nutritionist Rick Hay recommended to Healthista five other supplements that can offer a helping hand when it comes to low sex drive.

He added: “For men, it also enhances sperm count and motility. Research published in the Archives of Andrology shows that study participants who took 400mg of vitamin E in connection with 225 mpg of selenium showed improvements in sperm motility.

“Increased testosterone levels also help with blood flow and oxygenation of the body.”

These are recommended by Rick to help get you in the mood, and berries, dark red grapes and red wine

He said: “According to a study in the Journal of Sexual Medicine women who drank a glass of red daily reported higher levels of sexual desire and vaginal lubrication, compared with those who sipped any kind of alcohol only occasionally or those who didn’t drink at all.”

B vitamins and Zinc

B vitamins will help to nourish the nervous system and boost mood, according to Rick.

“Omega 3 can also help with the moisturisation of the skin and also help to moisturise mucus membranes which helps to reduce dryness and create lubrication needed during menopause and the years leading up to it. Omega-3 fatty acids are found in oily fish as well as flaxseeds and in concentrated levels in good quality supplements.”

Rick said: “I’ve used Gingko Biloba, a popular ancient Chinese herbal remedy, for many years successfully with my clients for low sex drive. It aids blood circulation and it’s crucial to have good blood circulation to the sexual organs to help with sexual function.

“Ginkgo also reduces platelet aggregations which means that it helps to clear blood vessels and promote vasodilation (widening of the blood vessels essential for for erectile function) this is thanks to components called terpenoids and ginkaloids that it contains.

“A very small study on men also found that taking 50mg ginkgo biloba twice a day could help men who had antidepressant induced low sex drive (SSRI antidepressants can cause low libido as a side effect).”

If you’ve lost your libido, the NHS advises to get help and advice from your GP, a psychosexual therapist, or a contraception ad sexual health clinic.