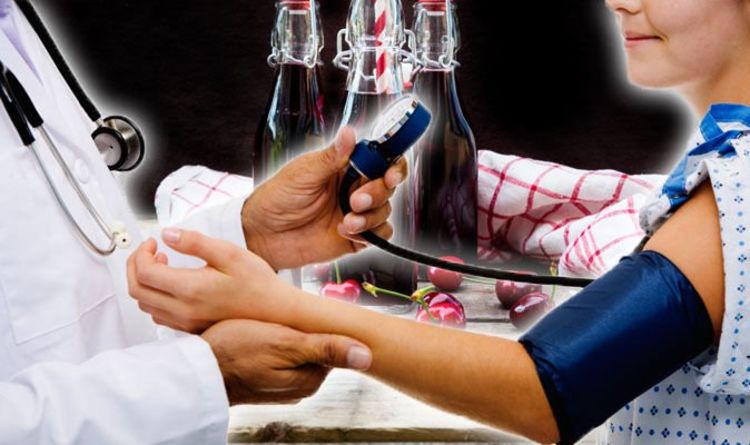 High blood pressure is a common condition that affects more than a quarter of all adults in the UK.

It’s caused by eating an unhealthy diet, or by not doing exercise.

But you could lower your chances of the deadly condition – which is also known as hypertension – by making some simple diet swaps.

Drinking a daily glass of cherry juice may help to lower your blood pressure, scientists have claimed.

Cherry juice could lower your blood pressure by as much 10mmHg, revealed the University of California, Berkeley.

The effect is believed to be caused by the juice’s antioxidants, which are known as flavonoids.

Flavonoids are a group of antioxidants that include anthocyanins and quercetin, and they’re also found in dark chocolate and some teas.

Scientists from Northumbria University compared the blood pressure of men immediately after drinking cherry juice, and a simple fruit-flavoured drink.

“At the end of each two-week period, the researchers measured the men’s blood pressure repeatedly after they consumed the beverages.

“They found that after two hours, the cherry juice lowered systolic blood pressure by an average of 10 points, compared to the placebo.”

But, if you’re looking to buy cherry juice to lower your blood pressure, you should buy a particular type; Montmorency cherry juice, otherwise known as tart cherry juice.

You could also lower your blood pressure by drinking beetroot juice, added the university.

High blood pressure is a condition that raises the risk of some deadly complications, including heart attacks and strokes.

But, it’s often known as ‘the silent killer’, as there aren’t usually any warning signs that you have the condition.

If you have extremely high blood pressure, you may have some tell-tale signs, however.

Persistent headaches, chest pain and vision problems could all be symptoms of hypertension.

All adults over 40 years old should check their blood pressure at least every five years.