Hospital admissions for alcohol-related emergency care and chronic illness are significantly higher in areas with the most pubs, bars and clubs, research reveals.

The density of restaurants and other outlets selling alcohol is also linked to admission rates in England, according to a study published in the journal Addiction.

Researchers from the University of Sheffield analysed data from more than one million hospital admissions attributable to alcohol over a 12-year period. 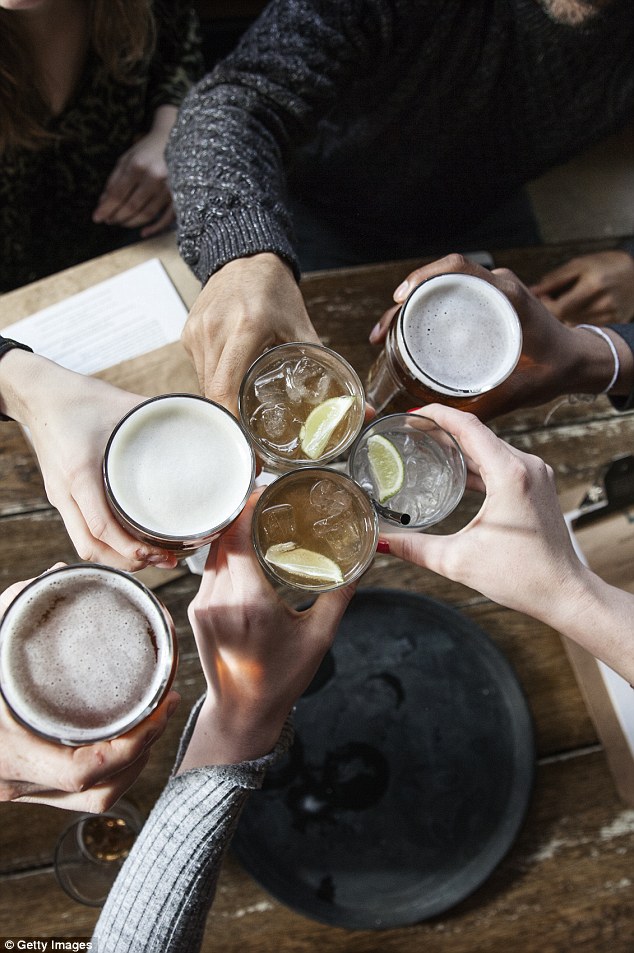 Hospital admissions for alcohol-related emergency care and chronic illness are significantly higher in areas with the most pubs, bars and clubs, research reveals

Areas in England with the highest density of licensed restaurants had 9 per cent higher rates of patients needing treatment for acute and chronic conditions. There was a small link between supermarkets and hospital admissions but rates of those needing emergency treatment were 10 per cent higher in places with many convenience stores.

Dr James Nicholls from Alcohol Research UK, which funded the study, said: ‘Local licensing authorities need to factor this information into their decisions.’