Vitamin B12 deficiency: Feeling this sensation in the chest could mean pernicious anaemia 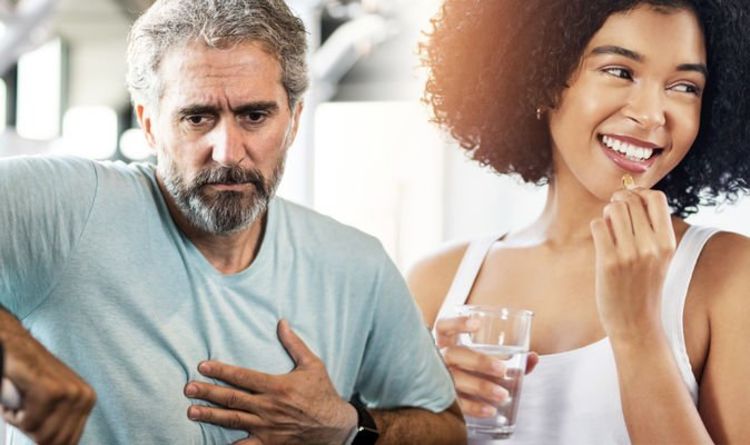 Pernicious anaemia is one of the vitamin B12 deficiency anaemia’s. The type of anaemia is called “pernicious” because it was once considered a deadly disease. This was due to the lack available treatment. Today, however, the disease is relatively easy to treat with B12 injections or supplements. If left untreated though, having a vitamin B12 deficiency could lead to severe complications.

Heartburn is a symptom of pernicious anaemia and is a burning sensation in the chest that often occurs with a bitter taste in the throat or mouth.

Other symptoms of a B12 deficiency which can overlap with pernicious anaemia include nausea and vomiting, confusion, depression, constipation and loss of appetite.

People with anaemia have low levels of normal red blood cells. Vitamin B12 plays a role in creating RBCs so the body requires an adequate intake of vitamin B12.

The body also needs a type of protein called intrinsic factor (IF) to absorb vitamin B-12. IF is a protein produced by cells in the stomach.

After you consume vitamin B-12, it travels to your stomach where it binds with IF. The two are then absorbed in the last part of your small intestine.

In most cases of pernicious anaemia, the body’s immune system attacks and destroys the cells that produce IF in the stomach.

If these cells are destroyed, the body can’t make IF and can’t absorb vitamin B-12 found in foods such as those listed above.

B12 deficiency vs. pernicious anaemia

Other vitamin B12 deficiencies, such as those caused by poor diet, are often confused with pernicious anaemia.

Pernicious anaemia is strictly an autoimmune disorder. It results from a lack of IF and poor B-12 absorption.

This vitamin deficiency can be treated by altering the diet or adding a B-12 supplement or B-12 injection to your healthcare regimen.

Get your gut in great shape: Britain’s top experts on…

How to sleep: Four drinks you can have before bed to help…