Dementia care: The best exercise to reduce your risk of developing the deadly condition 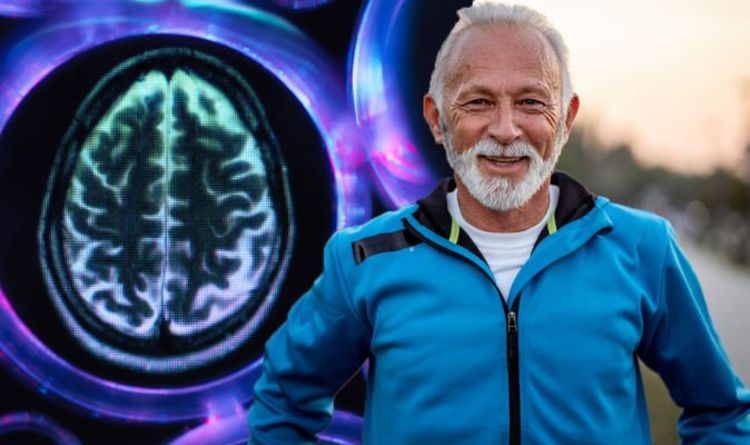 Dementia describes a cluster of symptoms associated with brain damage, such as slower thinking speed and memory loss.

Memory loss is a major warning sign but increasing evidence suggests steps can be taken to preserve memory and minimise the risk of developing the neurological condition.

According to Alzheimer’s Society, of all the lifestyle changes that have been studied, taking regular physical exercise appears to be one of the best things that you can do to reduce your risk of getting dementia by and adults have reported in improvements in key brain faculties such as thinking and memory.

This is the verdict of a study published in the journal Applied Physiology, Nutrition and Metabolism, which found that seniors who exercised using short, bursts of activity saw an improvement of up to 30 percent in memory performance while participants who worked out moderately saw no improvement, on average.

To gather the findings, researchers recruited dozens of sedentary but otherwise healthy older adults between the ages of 60 and 88 who were monitored over a 12-week period and participated in three sessions per week.

Some performed high-intensity interval training (HIIT) or moderate-intensity continuous training (MICT) while a separate control group engaged in stretching only.

READ MORE: How to live longer: New study reveals what foods to eat to increase your life expectancy

Commenting on the findings, Jennifer Heisz, an associate professor in the Department of Kinesiology at McMaster University and lead author of the study, said: “There is urgent need for interventions that reduce dementia risk in healthy older adults. Only recently have we begun to appreciate the role that lifestyle plays, and the greatest modifying risk factor of all is physical activity.”

She added: “This work will help to inform the public on exercise prescriptions for brain health so they know exactly what types of exercises boost memory and keep dementia at bay.”

What counts as as high intensity interval training?

According to Bupa, high intensity interval training, or HIIT, is a short workout that involves doing quick bursts of exercise at a high intensity, followed by a period of light exercise or rest, and alternating between the two.

In addition to keeping fit, eating a healthy, balanced diet can help to stave off the risk of developing dementia.

As Alzheimer’s Society reports, there is some evidence that eating a Mediterranean-style diet can reduce the risk of developing problems with memory and thinking, and subsequently some forms of dementia.

Mediterranean diets are traditionally high in fruits, vegetables, legumes and cereals, with moderate consumption of oily fish and dairy, and low in meat, sugar and saturated fat.

Extensive evidence shows likes a mediterranean diet to improved heart health, and having heart or circulatory disease can raise your risk of dementia, so it makes sense to look after both your heart and your brain, explains the British Heart Foundation.

As the BHF explains, it’s a combination of two diets already known to reduce risk of heart and circulatory disease:

The DASH diet is designed to control blood pressure – a risk factor for heart and circulatory diseases and dementia. It’s similar to the Mediterranean diet, but with a greater emphasis on reducing your salt intake.

“Both diets are backed by lots of research showing they can help your heart health, and some evidence to suggest they can contribute to lower levels of mental decline,” adds the BHF.

Freddie Flintoff health: ‘I don’t even know when it started’…

Heart attack symptoms: How your left arm could be warning…