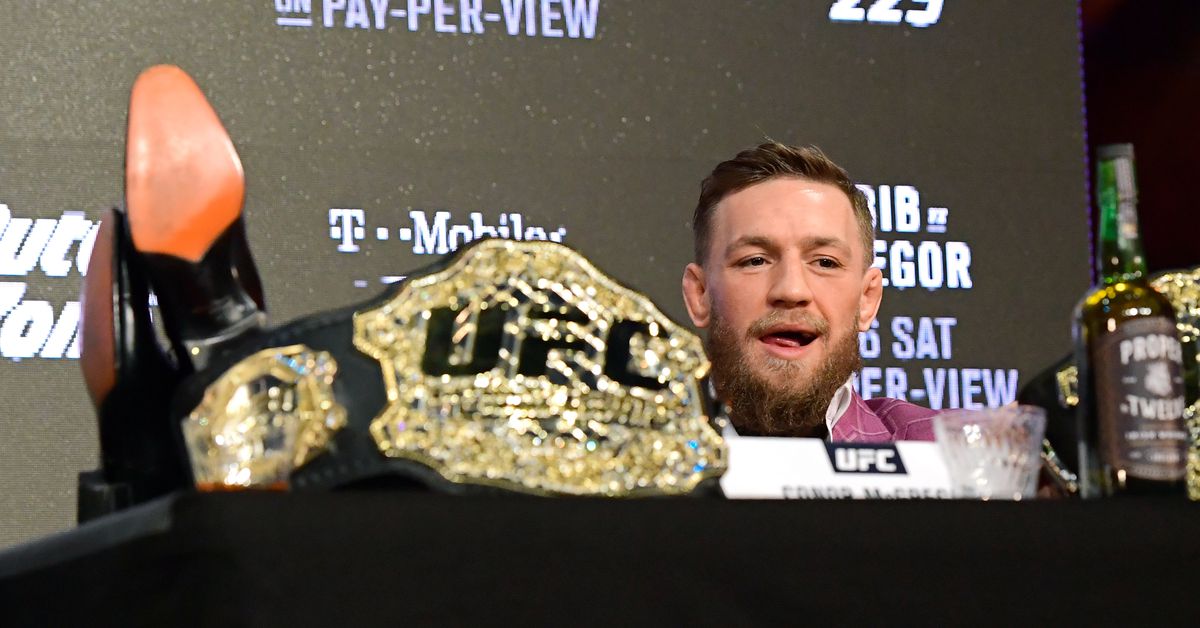 Watch some of the footage here.

But it appears McGregor is better at dishing it out than taking it, if we’re to believe former Straight Blast Gym (SBG) Ireland teammate and ex-lightweight champion Myles Price, who claims “Mystic Mac” was chafed when “Magic” would return fire.

“I’ll be honest with you, I never really got on well with Conor within the gym because me and Conor sparred a lot. At the time, Conor was taking fights at lightweight,” Price told the Eurobash podcast (transcribed by MMA Fighting). “Basically, with Conor, he’s quite narcissistic. He’ll see you as competition. He’s not very nice to be around in the gym. If you’re giving him hard spars, he won’t see you as a friend after a while.”

“It’s like having a wet blanket on you in every single session,” Price said. “When people commentate on his fights, it’s [very accurate] when they say it’s a shock when you feel what he feels like at first. I imagined what it was going to be like, but that was a whole other level of pressure. It’s calculated, it’s smart, it’s vigorous — it just keeps on coming at you over and over again.”

McGregor and Nurmagomedov will collide in the UFC 229 pay-per-view (PPV) main event, which takes place Sat., Oct. 6, 2018 inside T-Mobile Arena in Las Vegas, Nevada. Price, meanwhile, is hoping to finagle a fight with SBG Ireland standout Peter Queally under the Bellator banner.

Khabib: A McGregor Rematch Is Only Good For Drama And Money

Deontay Wilder says bleeding ear did not affect him in Tyson…