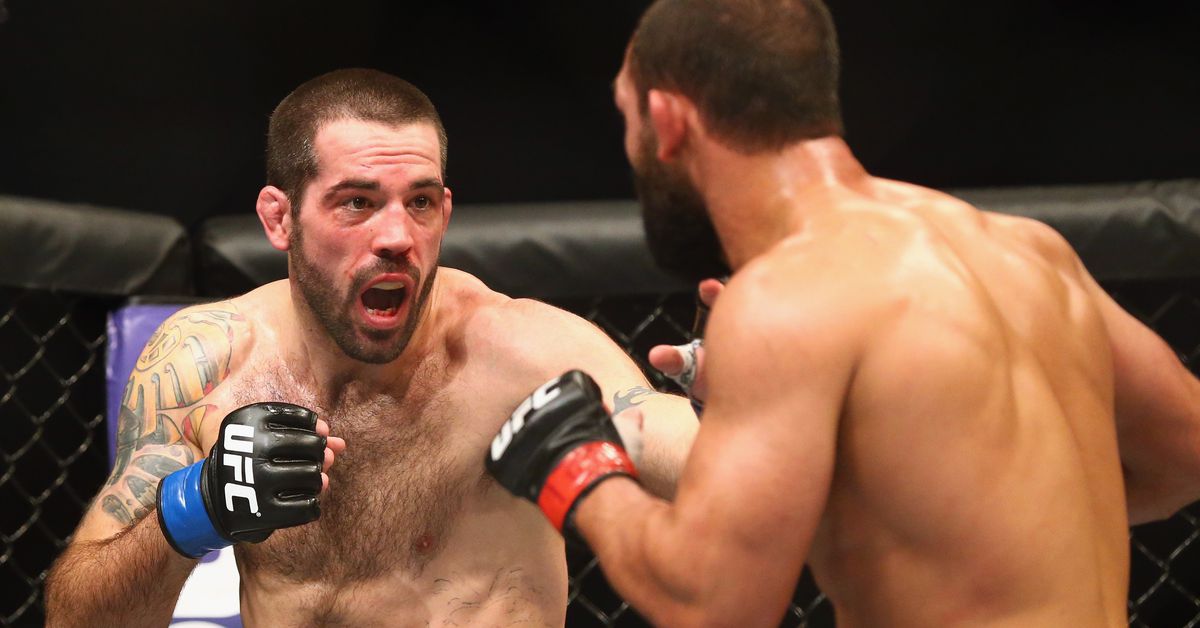 There’s a lot of that going around these days.

And when “Bigg Rigg” is finished with his current assignment, a Nov. 9 showdown opposite ex-Bellator slugger Brennan Ward, he could be asked to throw down with a familiar face from his days inside the Octagon.

None other than Mat Brown.

Hendricks (and his nine takedowns) won their first go-round at UFC 185 back in 2015.

Brown (21-16) was expected to walk away from combat sports in the wake of his violent knockout win over Diego Sanchez at UFC Norfolk; however, the “Immortal” welterweight could not resist the offer to bang with Carlos Condit and put his retirement plans on hold.

But it sounds like he won’t be doing any brawling — for any promotion — until his latest injury heals up.