Back To Bantamweight Pettis Goes 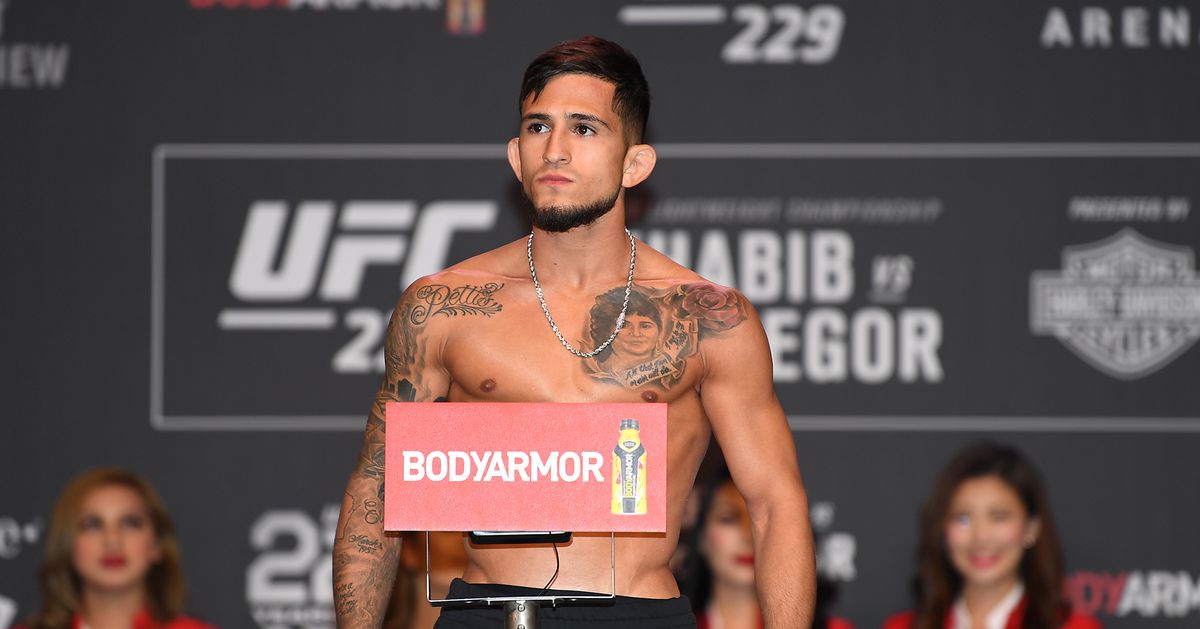 After a 5-3 run in the Ultimate Fighting Championship (UFC) flyweight division, Sergio Pettis will be making the move back up to bantamweight. That’s according to his head coach Duke Roufus, who announced the move following “The Phenom’s” loss to Jussier Formiga at UFC 229 last Saturday night (Oct. 6, 2018).

I am happy to announce my man @sergiopettis is returning to the Bantamweight Division. Sergio debuted in the @ufc at UFC 167 on the 20th Anniversary Of the UFC Card at age 20 years old at 135lbs. As a Bantamweight he went 3-1 and won both of his UFC Bonuses. We feel he is gonna be stronger and more explosive at this Division. We have reached out to the UFC Brass to have Sergio fight on the UFC Card in #milwaukee December 15. He is injury free from his fight at #ufc229 and resumes training today. Thank You Very Much for all of the Support #teampettis #roufusport #routangclan “We Grind Together, We Shine Together”

Pettis was on the fast track to a shot at the 125-pound title before he had his hopes derailed by current division king, Henry Cejudo, at UFC 218 last December. As a 135-pound fighter for UFC, Pettis went 3-1 before making the drop down to 125 pounds where he was champion for Road Fighting Alliance (RFA) before making the jump into the big leagues.

As for his comeback fight, UFC on Fox 31 — which is set to go down on December 15, 2018 in Milwaukee, Wisconsin — the time and location makes sense, as Sergio and big brother Anthony reside in “Brew City.”

The question is: Who should Sergio face in his first fight back at bantamweight?