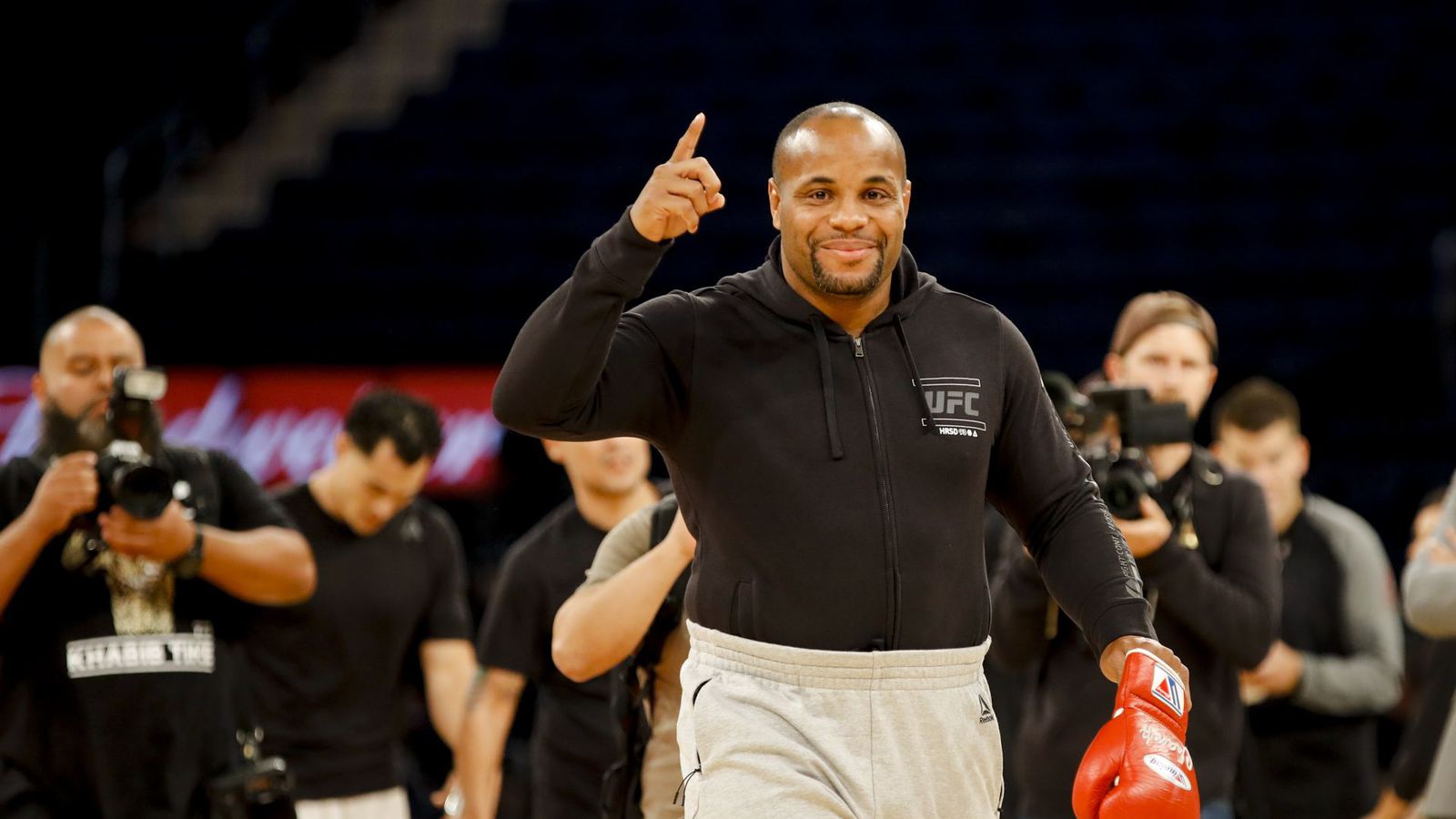 Cormier’s rode to the top was long and arduous, but the sole remaining double-champ is looking to make the most of his remaining time with both straps. Though initially hesitant, Cormier quickly jumped at the chance to take a short-notice title defense, saving the card and headlining MSG in the process.

Meanwhile, Lewis made the most of his appearance on UFC 229, scoring a miraculous come-from-behind victory and gaining an insanely large new following. The UFC took note, quickly moving Lewis into this title fight and giving him an opportunity to capture gold.

Let’s take a closer look at the keys to victory for each man:

There’s no doubt Lewis is dangerous, but I’d like to see Cormier give him very little respect on the feet. “Black Beast” is very, very hittable, and his usual reaction to absorbing a hard shot is to cover up along the fence and wait for his opponents to stop swinging. Sometimes, he’ll look to convince them to back off with a power punch or two.

If Cormier uses his speed advantage to stick a hard jab or hook-cross into Lewis’ mug, that reaction will come out. As Lewis covers, Cormier has plenty of options, but the two smartest are to either dig some body shots — Lewis doesn’t like those — or drop down and slam him on his head.

Either way, Cormier can keep his foot to the gas pedal in a way very few big men can … and that should spell doom for Lewis.

Lewis has been outgunned (at least in terms of speed and technique) and out-wrestled before. Cormier cannot do anything that hasn’t been done to him before, and so long as Lewis believes he has a chance here and doesn’t mentally fold, he absolutely can win this.

Is there any real technical advice I can give at this point though? The simple truth is not really. With any luck, Lewis’ extra focus on conditioning in the last few weeks will give him a few more opportunities to explode and try to make something happen, which would be the best way to increase his odds.

Bottom Line: Cormier will either dominate this fight until he wins or until the improbable comeback.

Currently, Cormier still has two belts to his name, although that will change by the time Jon Jones and Alexander Gustafsson battle. Most likely, he defends here and seeks to defend his Heavyweight crown further. Worst comes to worst though, Cormier can always announce plans to return to 205 lbs., where he would arguably still be the champion.

I have a feeling Cormier wants no part of that potential path more due to the diet than anything else, but double-champs have options.

As for Lewis, this is the result of all his previous displays of heart and guts. He shouldn’t win this fight, but he shouldn’t have won plenty of the other ones either, so who cares? He earned this shot, and I think most everyone is excited to see what he does with it. Derrick Lewis as champion is simply a wonderful — if unlikely — thing to think about.

MMAmania.com will deliver LIVE round-by-round, blow-by-blow coverage of the entire UFC 230 fight card on fight night (click here), starting with the Fight Pass “Prelims” matches online, which are scheduled to begin at 6 p.m. ET, then the remaining undercard balance on FOX Sports 1 at 8 p.m. ET, before the PPV main card at 10 p.m. ET.

For much more on this weekend’s UFC 230 fight card click here.

At UFC 230, Daniel Cormier will attempt to defend his title opposite Derrick Lewis. Which man will leave strapped with gold?

No Country For ‘Old’ Men: Fortune Plans To Dominate…

Anders Vs. Jotko Booked For UFC Portland On April 11