Bellator 210 predictions, preview for ‘Njokuani vs Salter’ on Paramount Network 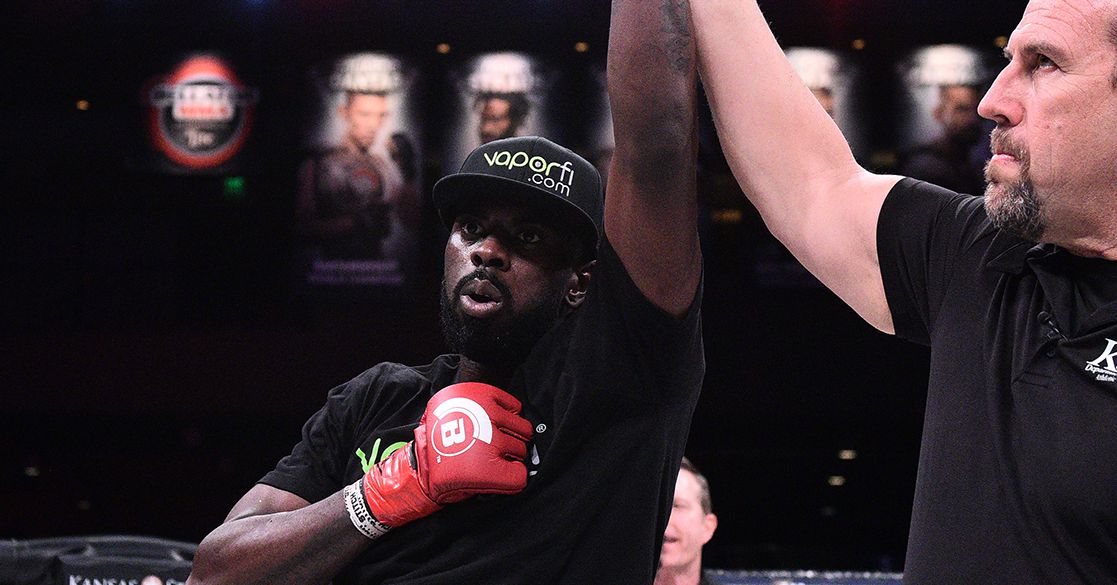 Let’s break it down:

Chidi “Bang Bang” Njokuani is a devastating and lanky opponent at 6’3” with a massive 79” wingspan. Over 50% of his wins (10 of 18) come by knockout so what he lacks in muscle he makes up for in precision striking that’s deadly to the touch. He finished prospect Andre Fialho in 21 seconds with “blink and you missed it” accurate power. John Salter likes to strangle people into submission just over half of the time (eight of 15) and knock them out the rest (seven of 15) so if Njokuani wants to have a striking exchange Salter’s good to go. BJJ is his specialty though as he tapped out five of his last seven foes before Rafael Lovato Jr. did the same to him. He gives up both height and reach at 6’1” and 74” to Njokuani.

Njokuani has had a long lay off since his successful Middleweight debut and Bellator has certainly not given him an easy opponent for his return. Both are arguably in the prime of their career right now — Njokuani is only getting better at 29 years old while Salter at 33 was arguably one fight away from a Middleweight title shot when he faced Lovato. While “Bang Bang” is younger and faster on paper, Salter will give him the the toughest test he’s faced since Andrey Koreshkov last year. Two things make me narrowly edge this prediction toward Njokuani though — the ability to widen his lengthy stance if he’s pressed into the cage and avoid takedowns, and his unorthodox striking that leaves many opponents looking up at the lights.

“The Caveman” David Rickels always puts on a show for his loyal Bellator MMA fans, win or lose. Unfortunately for Rickels his last time out was a chance for MVP to put on a show of his own. He’ll attempt to bounce back from that loss against Guilherme Vasconcelos, but if he thought Michael “Venom” Page was a hard striker to deal with, “Bomba” will not make things any easier. His record is equally split between knockouts and submissions (five each) but at least size wise they match up well — Vasconcelos is 6’0” with a 74” reach and Rickels is the same height at a 72” reach. The downside is that Rickels used to have a size advantage against many of his Lightweight foes, but at 170 we can see that advantage is negated. Although he’s been dominant in three of four Bellator fights, that one blemish against the relatively unknown E.J. Brooks should give Rickels a little extra boost in confidence. He’s already faced many of the best and toughest Bellator has to offer.

The name brand of these two Featherweights may not light the MMA world on fire, but given their respective records it’s hard to argue it’s not a special fight. With 40 wins and only 4 losses between them combined, this is easily a fight between two of the best Featherweights in the world right now. The winner is going to take a huge step upward toward fighting the winner of Bellator 209 from Israel two weeks ago. “The Spaniard” Juan Archuleta wins 50% of his fights (10 to date) by knockout and hasn’t lost a fight since WSOF 19 back in 2015. Spoon is a two time Bellator tournament competitor who went on to lose a split decision for the VFC title against Ryan Roberts but win the SCS title against Josh Tyler just two bouts later. He’s an outstanding wrestler and grappler with 11 wins by submission.

It’s fair to say this will be the biggest test of Archuleta’s promising career, whereas Spoon has already had to taste the sting of tough opponents like Daniel Straus and Mike Richman in the past. Spoon stands 5’6” with a 63” reach while Archuleta is billed anywhere from 5’8” to 5’10” depending on the source, in either case holding a massive six inch reach advantage at 69”. Given “The Spaniard” is already known for his punching power this is a huge problem for Spoon. When Richman finished him at Bellator 76 he had the exact same advantages Archuleta did here — size and length. With only one knockout on his record, Spoon is clearly going to lose any fight in a phone booth, and with six wins by decision, it’s clear he’s not afraid to grind it out. I’m just not sure that works out though. Even if he forces a clinch and pushes Archuleta into the fence to look for a takedown, I think Archuleta either breaks free and rocks him on the exit or tags him with dirty boxing and pounces for the finish.

After scoring an upset in her Bellator debut and going into hostile territory with Emily Ducote and coming away the winner, Kristina Williams finally met her match at Bellator 201 against veteran fighter Valerie Letourneau. If she looks to right the ship after that loss she’ll once again have to face a more experienced foe, and Ellen has had over a year to rest and recover after a hard fought split decision win against Veta Arteaga. While the outstanding striking background Williams has would favor a stand-up fight, but Letourneau showed her how to win and for a Team Nogueira fighter with her pedigree it’s hard to imagine her not forcing clinches and shooting for takedowns. The fact she’s the smaller fighter (5’4” vs. 5’8”) plays to her advantage in this respect.

MMAmania.com will deliver coverage of Bellator 210 tomorrow with Paramount fights starting at 9 p.m. ET. To check out the latest Bellator MMA-related news and notes be sure to hit up our comprehensive news archive right here.

Feed Him To Masvidal