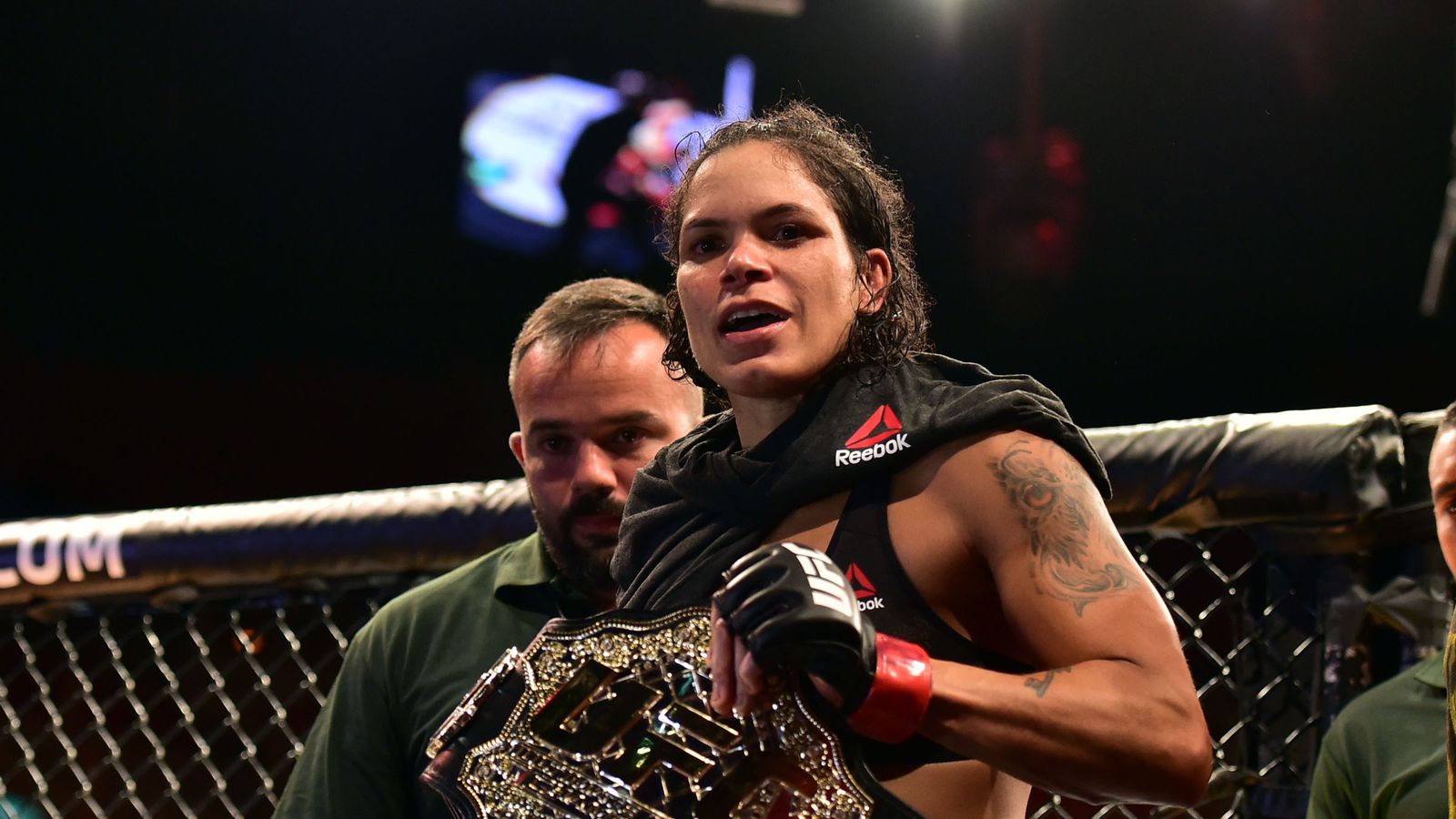 Reigning UFC women’s bantamweight champion Amanda Nunes is on the cusp of greatness as she enters her superfight with Cris Cyborg at UFC 232 on Dec. 29 live on pay-per-view (PPV) from inside T-Mobile Arena in Las Vegas, Nevada.

If “Lioness” is able to move up a division and defeat Cyborg at featherweight, she’ll walk out of UFC 232 the first female fighter to ever simultaneously hold two separate UFC titles. That sort of feat would likely cement Nunes as the greatest women’s mixed martial artist of all time.

In a recent interview with TMZ Sports (shown above), Nunes was asked if her bout with Cyborg at UFC 232 will be the biggest fight of her career. The 30-year-old UFC champion was quick to acknowledge the magnitude of the title fight.

“For sure,” said Nunes. “For sure it’s the biggest fight. It’s champion vs. champion. It’ll be exciting.”

The reporter then asked if Nunes’ co-main event clash with Cyborg is bigger than her previous meeting with Ronda Rousey back at UFC 207, which “Lioness” handily won via 48-second TKO.

While Rousey remains one of the most dominant female fighters in the history of combat sports, Cyborg may be even more dominant. The imposing UFC featherweight champion hasn’t lost a fight since making her professional debut back in 2005. Since then, Cyborg has gone 20-0 (1 NC) while securing three separate world titles in UFC, Strikeforce, and Invicta FC, and capturing 17 of those wins by way of knockout.

Nunes may be preparing for a fighter of that caliber, but “Lioness” really doesn’t know what to expect until she finally collides with Cyborg in Vegas next weekend.

“I don’t know, honestly,” said Nunes when asked for a prediction for the fight. “I’m ready for everything and lets see how Cris is going to show up and compete.”

Pros react to Holly Holm vs. Raquel Pennington at UFC 246

Conor McGregor finishes Donald Cerrone in the first-round at…