Still No News On Watching Mayweather Vs. Tenshin NYE Fight In US 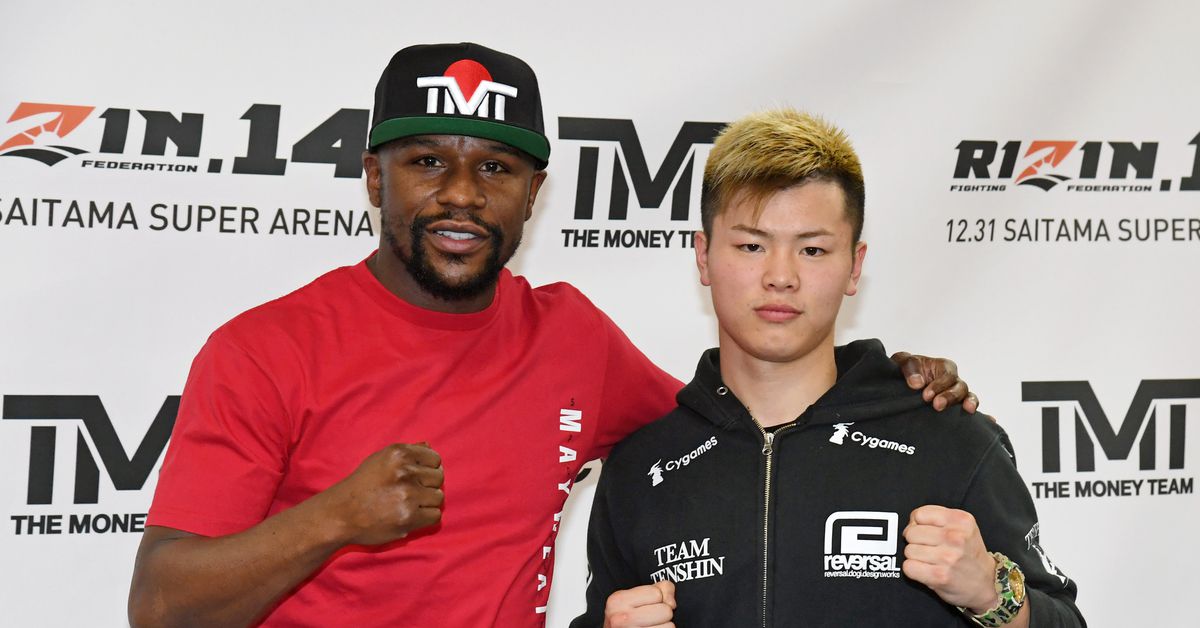 We’re just over a week away from New Years Eve and the big Japanese spectacle of MMA which accompanies it. This year, RIZIN.14 is trying to make a real splash and bring combat sports back to the pinnacle of NYE television ratings. Their not-so-secret weapon: a 9 minute boxing exhibition between P4P great Floyd Mayweather and their kickboxing star Tenshin Nasukawa.

We know the date, we know the time. We’ve got the rest of the card and the order of bouts has just been revealed. But one thing we foreigners living in America are still wondering: how the hell are we supposed to watch the event?

The official RIZIN.14 bout order. This will be handy when trying to imagine the fights BECAUSE THERE’S STILL NO ANNOUNCED INTL STREAM. Not that I’m panicking or anything. pic.twitter.com/o1NW7ZlklQ

Past RIZIN shows have streamed on FITE.TV, but nothing has been announced just yet for this one. We imagine that’s because RIZIN wants to sell the rights for the Mayweather vs. Tenshin fight for as much as possible. But with 8 more days to go, we’re starting to get worried nothing will materialize.

If and when viewing options do become apparent, we’ll let you know. In the meantime, here’s the lineup once again.

Fit in my 40s: does military fitness work without the person…