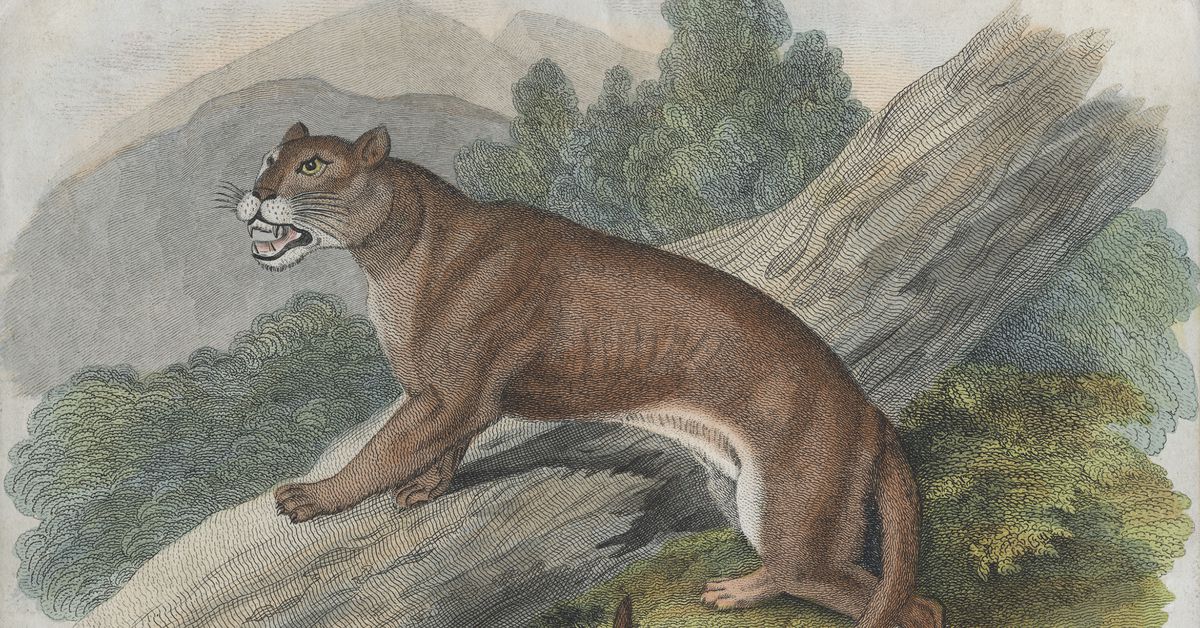 Who says jiu jitsu doesn’t work on the trail? A Colorado trail runner today choked out a mountain lion that attacked him, in an impressive display of Man vs. Beast. The lion was a juvenile, only 80 pounds, about half the size of a full-grown cougar, but still a formidable opponent. The runner said he was approached from behind and turned around to see the mountain lion, which attacked him. He attempted to scare the predator off, but to no avail, and the fight commenced. He was able to choke the lion to death.

”He was really creative,” Petersburg said. “He used his hands, feet — things that were around him — and really it was just a fight for survival.”

After additional investigation, including examination of the lion, we have confirmed the victim’s account that he was able to suffocate the animal while defending himself from the attack.

The runner hasn’t been identified. He was attacked on the West Ridge Trail at Horsetooth Mountain Open Space near Fort Collins on Monday, the Colorado Parks and Wildlife agency said. The cat tested negative for rabies, and the runner was released from the hospital after being treated for bite wounds on his back, arms, and legs.

Officially, fewer than 20 people have been killed in North America by cougars in the past century. Cougar attacks are rare, but even rarer is a cougar attack where the victim chokes out the cougar with wits, skill and raw courage.

Joe Rogan says this is why he carries a knife on him when he runs in Colorado; he lost a dog to a mountain lion, so he isn’t taking chances

Daniel Cormier makes fun of his own neck… and hints at the fight he really wants, Brock Lesnar

Jared Gordon is being transparent about his struggle with anxiety, which is cool to see from a fighter.

Having fears and anxiety suck, Im constantly worried about winning and my future, financials, relationships, staying sober, my family, literally everything and anything. I know I have what it takes to conquer this all, still never goes away though, anyone else like me?

Good news for the UFC and ESPN+ partnership

Don’t click play unless you want to see something gruesome

This is a cool-ass picture of an underwater Donald Cerrone, especially because he actually almost died scuba diving in underwater caverns

I love the “nobody” memes, and this is a good one of Nick Diaz

I could never believe this with his Scouser accent.

A reminder of what Anderson Silva has accomplished in this sport

Throwback to this absolutely unbelievable knockout

During WW2 the US developed a bat bomb: a casing that contained 1,000 hibernating bats, each one attached to a tiny, timed incendiary bomb. The plan was for the shell to be released over Japanese cities, where the bats would fly out, take roost in buildings and set them on fire. pic.twitter.com/90FYwxsNBI