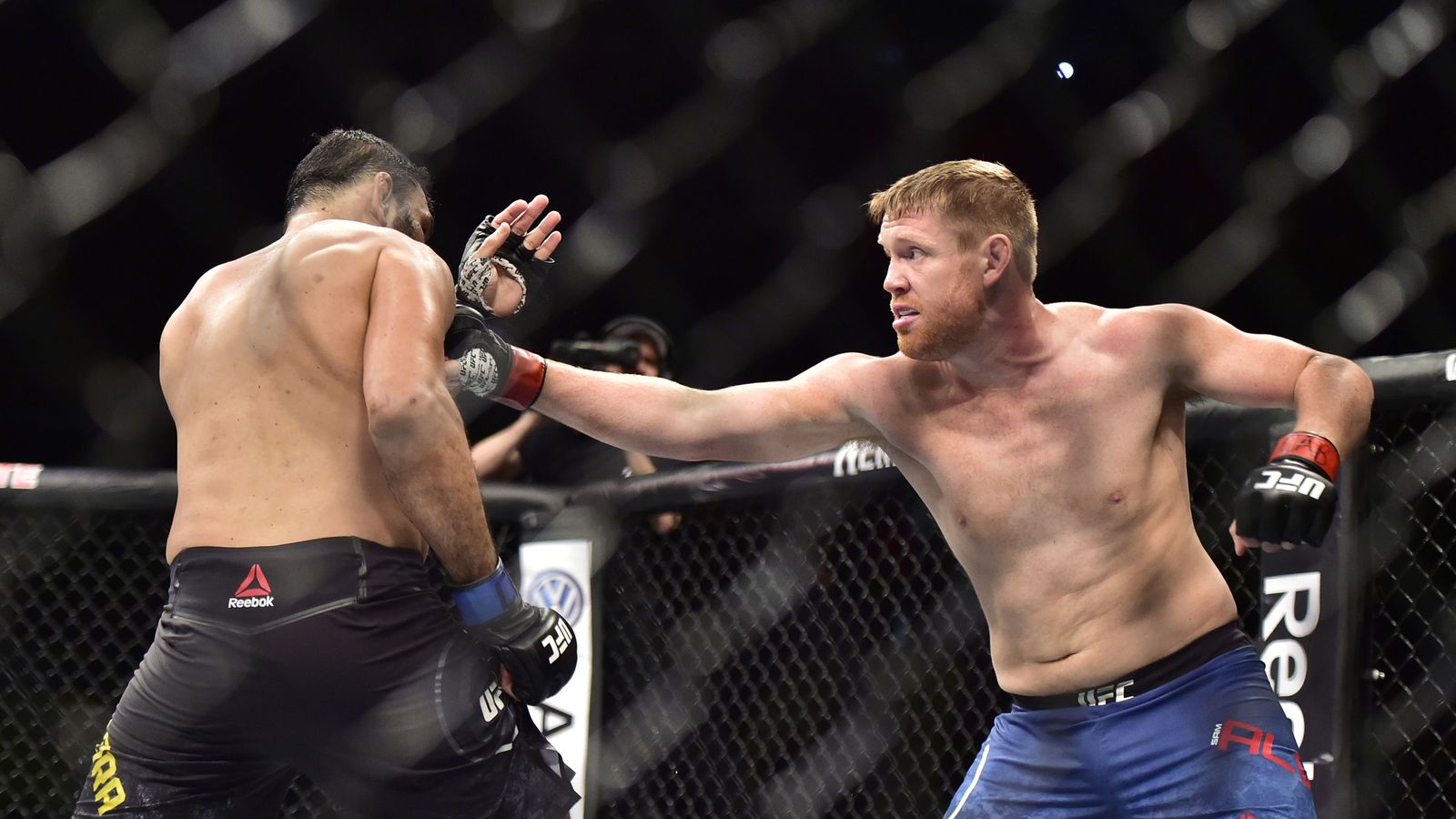 This Saturday (Feb. 9, 2019), Ultimate Fighting Championship (UFC) travels to Rod Laver Arena in Melbourne, Australia, for UFC 234. In the headliner, the best fighter to ever emerge from Australia, Robert Whittaker, will look to defend his Middleweight crown opposite Kelvin Gastelum in front of his home crowd. The pay-per-view (PPV) co-main event is another sensational clash between Middleweight stars, featuring premier strikers in Anderson Silva and Israel Adesanya. Unfortunately the rest of the PPV main card is … well … you’ll see for yourself in just a second!

Remember: Later in the week, MMAmania.com’s Jesse Holland will preview and predict the main- and co-main events. For now, let’s take a look at these main card bouts.

Best Win for Yahya? Eddie Wineland For Simon? Merab Dvalishvili
Current Streak: Three Octagon wins for Yahya, two for Simon (six total)
X-Factor: Simon’s submission defense
How these two match up: Okay, so I’m definitely critical of the strength of this event and the placement of this fight — it’s not PPV worthy — but this is still an awesome fight for grappling fans. Yahya is a legitimate Brazilian jiu-jitsu master, on the tier of men just a smidge below Demian Maia and “Jacare” Souza. Simon, alternatively, is an up-and-coming wrestler with some serious pop in his hands.

Basically, we have a wise old grappler vs. non-stop prospect fight on our hands over a spot in the Top 15.

The strategies for both men are clear. Yahya is going to do what he always does: look to force a takedown, advance into dominant position, and land a submission. The smart play for Simon would be to sprawl-and-brawl, but that seems unlikely. Yahya is willing to pull guard and throw himself into terrible position to get a grappling match — odds are Simon will play his game.

At that point, it comes down to cardio. Yahya cannot rely maintain his own wrestling pace for three rounds, whereas Simon seems to not understand the very concept of fatigue. In short, there’s a real chance Simon turns it up, gains top position, and takes over late. But will it be enough?

Best Win for de la Rosa? Rachel Ostovich For Kassem? Alex Chambers
Current Streak: Two UFC wins for de la Rosa, one for Kassem
X-Factor: the general inexperience of each
How these two match up: Oof.

Skipping past how the hell this fight ended up on the main card, this is a striker vs. grappler match up. De la Rosa — whose husband, Mark, is a UFC Flyweight — is a savvy grappler who has generally only lost to high-level competition like Cynthia Calvillo and Nicco Montano. Kassem is undefeated, but Alex Chambers was the first opponent she had ever faced with even a single win on her record. Still, Kassem did show some decent kickboxing, although her entire game definitely needs work. Both women are still just 23 years of age, so there’s plenty of time for improvement.

De la Rosa should win this fight. Her grappling is the highest level of skill shared between them, and generally inexperienced fighters end up on the mat whether they plan to or not. Furthermore, De la Rosa has nearly three times the number of fights as her opponent.

Barring some rapid improvement from Kassem or tactical errors from De la Rosa, the Texan should pull through.

Best Win for Alvey? Rashad Evans For Crute? Paul Craig
Current Streak: One loss for Alvey, a win for Crute
X-Factor: Crute’s recklessness
How these two match up: Double oof.

Opening UFC 234’s PPV card with a Sam Alvey fight certainly seems like a slap in the face to fight fans, but “Smile’n” does serve a purpose. Alvey’s game breaks down rather simply: his counter right hook is supremely powerful, his takedown defense is good … and that’s it. Occasionally, Alvey will throw a low kick or cross-hook on offense. That’s it.

Still, the purpose is real, as Alvey is the best Light Heavyweight indicator for whether a fighter is UFC worthy. This has been true for years, but just look at his previous three fights. Is the elderly Antonio Rogerio Nogueira still fit to be fighting in the UFC? Apparently so! What about Gian Villante? He’s on the absolute fringe and probably shouldn’t be (a debatable split-decision win for Alvey). How about Marcin Prachnio, who ran face first into Alvey’s counter right half a dozen times in the first minute? He’s already been released.

Alvey is the perfect metric.

As such, the question to ask yourself is whether or not 22-year-old Australian Jim Crute is ready for UFC? After his debut a few months back, the answer seems to be yes. Crute made some odd in-fight decisions and put himself at risk, but he showed impressive skill and a well-rounded game for such a young athlete.

The risk of eating a right hook while being too aggressive is there, but Crute should beat Alvey up pretty good otherwise.

Remember that MMAmania.com will deliver LIVE round-by-round, blow-by-blow coverage of the entire UFC 234 fight card, starting with the Fight Pass “Prelims” matches online, which are scheduled to begin at 6:30 p.m. ET, then the remaining undercard balance on ESPN at 8 p.m. ET, before the PPV main card start time at 10 p.m. ET.