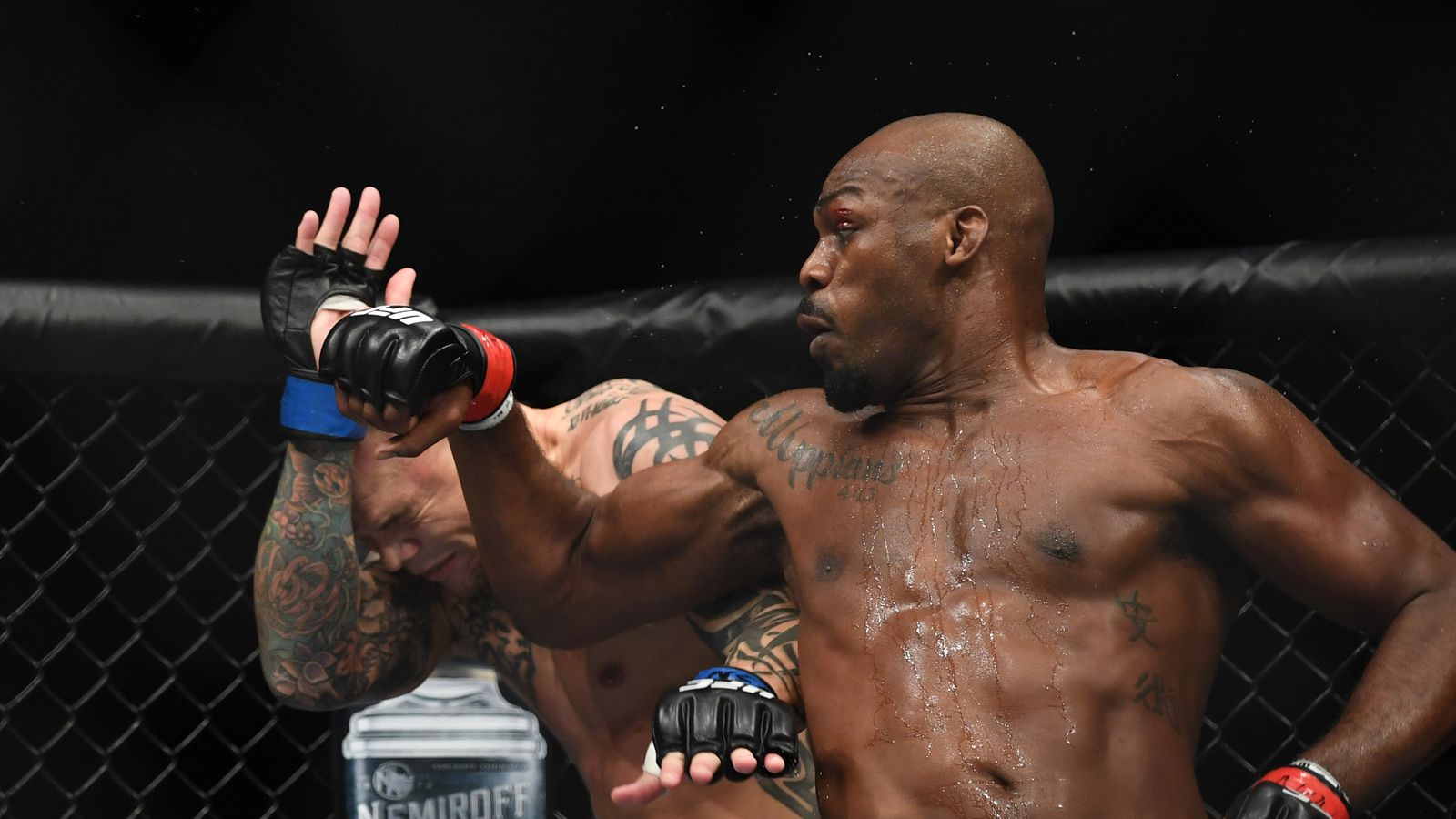 It’s the stuff legends are made of.

In the co-headlining act, Kamaru Usman became the new Welterweight champion of the world by shutting down Tyron Woodley for five rounds to score a one-sided blowout win (highlights). In the process, “The Nigerian Nightmare” set up a much-desired title fight against Colby Covington.

Also, Ben Askren escaped Robbie Lawler’s brutal strikes to mount a come-from-behind victory to score a submission victory – albeit controversially – in his Octagon debut. Plus, Cody Garbrandt and Pedro Munhoz engaged in a wild back-and-forth brawl to kick off the main card.

Now you can watch it all go down in super-slow motion, courtesy of the “Fight Motion” video embedded above. And for much more on last weekend’s UFC 235 extravaganza, head over to our event archive by clicking here.