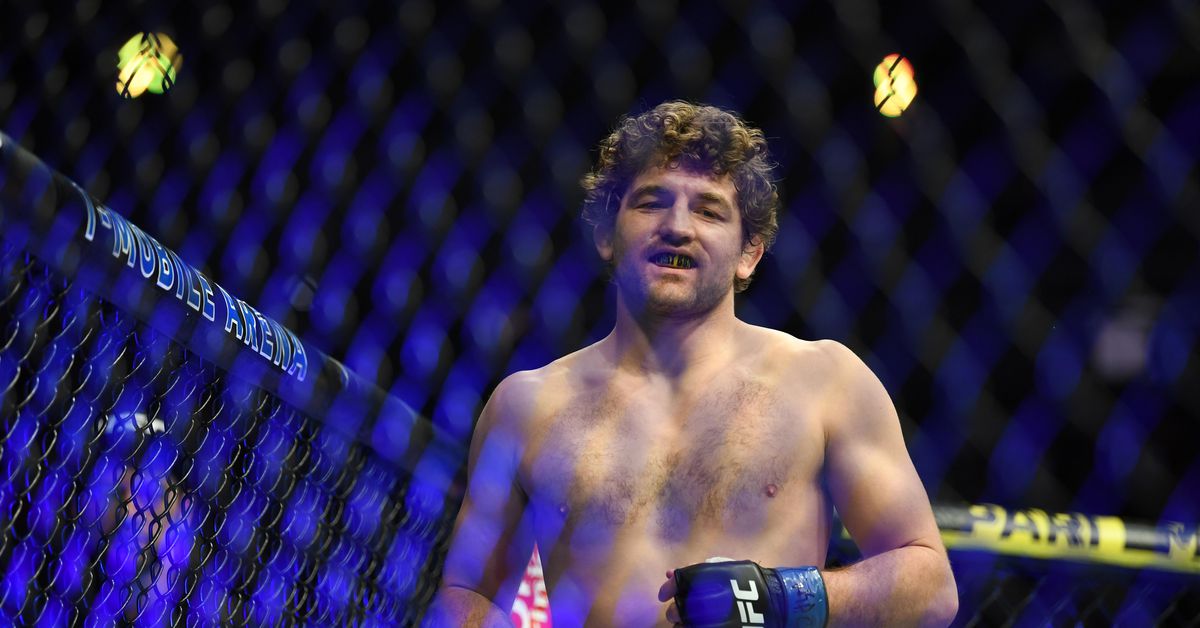 One of the big storylines coming into Saturday’s UFC Fight Night on ESPN+: Till vs. Masvidal was Ben Askren’s arrival in London to pick a fight with the winner. Askren had announced following his controversial win over Robbie Lawler that he’d be cageside at the O2, and several run-ins with Darren Till that nearly turned into scuffles occurred over fight week.

It was all setting up a pretty hype fight between Askren and Till … until Jorge Masvidal spoiled things by knocking Till out cold with a wild left hook in the second round (watch it here). Now Askren (who came wearing an interesting ‘Curly Haired F**k’ shirt) is reacting with palpable disappointment.

Kind of sad about Till, that was gonna be a lot of fun.

”Kind of sad about Till, that was going to be a lot of fun,” Askren wrote, following it up with “Masvidal just started a fight backstage with Leon Edwards so he doesn’t have to fight me next!”

Masvidal and Edwards did indeed end up in a scuffle backstage that saw Jorge hit Edwards multiple times. Afterward, Dana White seemed to blame the UFC for allowing the incident to happen instead of the fighters involved. Could Masvidal walk away without any repercussions? Possibly, which would be all right with Ben Askren, who needs Masvidal in order to avoid getting booked into an immediate rematch with Robbie Lawler.

If not Masvidal, then maybe Covington?

Lololol his last win before Till was a January 2017. Ali you are a fool, if Marty doesn’t want to fight Colby I would happily oblige. https://t.co/VjRb7EWesy

What do you think of those potential match ups, Maniacs?