Luque vs Magny Co-Headlines UFC Rochester On May 18 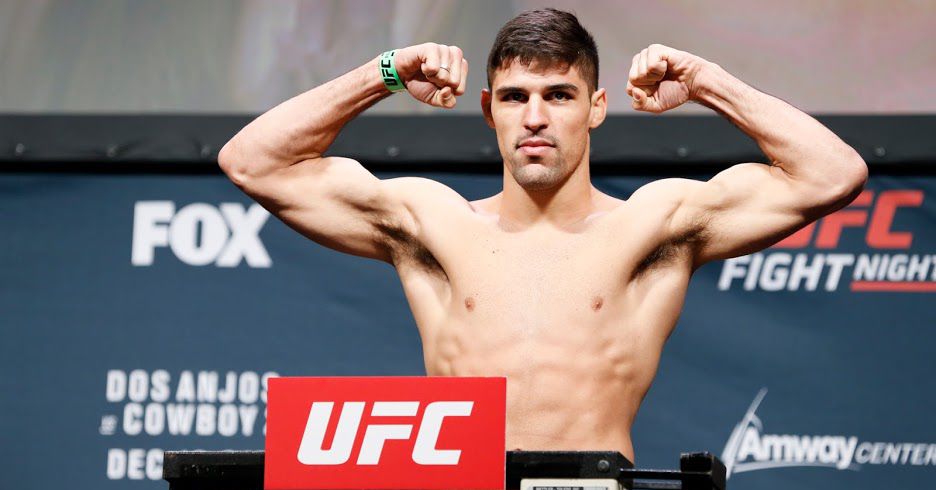 A pivotal Welterweight showdown is coming to Rochester, N.Y., as Vicente Luque has been booked to co-headline UFC Fight Night 151 on May 18 from inside Blue Cross Arena against Neil Magny.

MMA journalist Farah Hannoun was the first to report the booking, with Democrat and Chronicle confirming the fight with UFC officials earlier today (April 3, 2019).

Luque has been on quite a roll as of late, winning his last four fights inside the Octagon — all finishes — and most recently dismantled Bryan Barberena in a “Fight of the Night” bonus-winning performance at UFC on ESPN 1 earlier this year.

Barely hanging on to a top 15 ranking, Vicente looks to add on to his win streak by taking out one of the toughest and most-seasoned veterans in the division. Magny, meanwhile, is coming off a knockout loss to Santiago Ponzinibbio, which went down last November at UFC Fight Night 140.

Fighting inside the Octagon since 2013, Magny — who was pegged to face Elizeu Zaleski dos Santos previously — hasn’t quite enjoyed the consistent success inside the Octagon that he did early on. That said, he is still as dangerous as ever and can string together consecutive wins in a hurry. An impressive win over the streaking Luque could be what he needs to get him going again.

UFC Fight Night 151 is set to be headlining by another intriguing 170-pound matchup as Rafael dos Anjos — loser of two straight — will welcome former Lightweight title contender Kevin Lee to to the division.