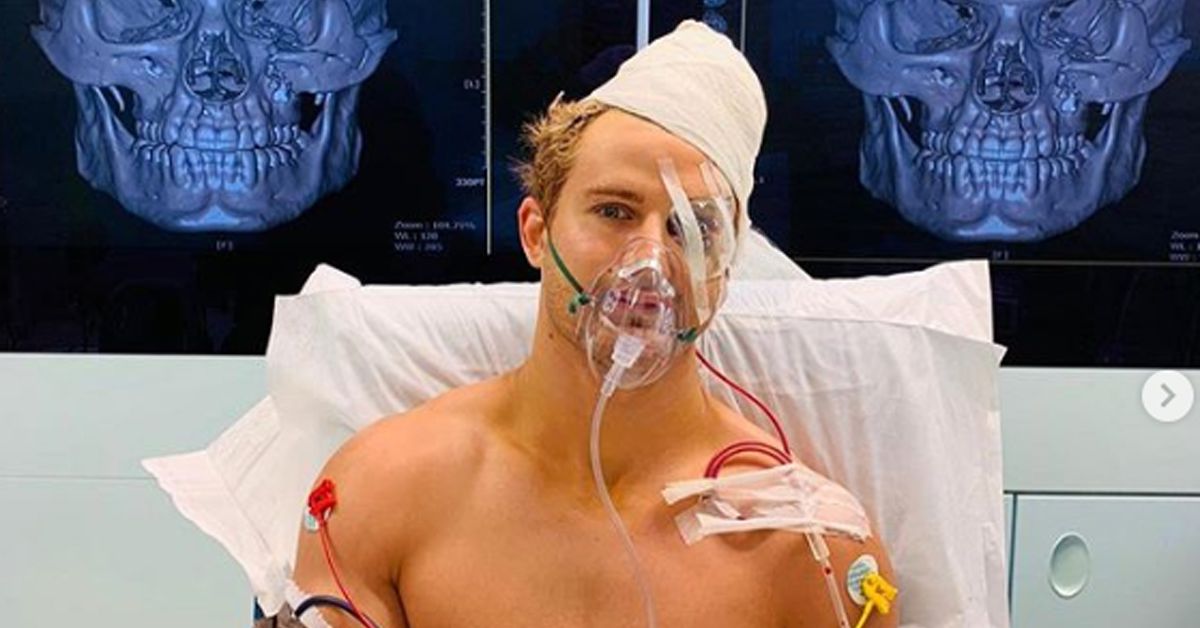 Nothing can stop “Super” Sage Northcutt from being his chipper smiling self, not even multiple skull fractures. The former UFC prospect suffered a brutal loss in his ONE Championship debut, eating a wild right hook from Cosmo Alexandre just 29 seconds into their match on Friday night that faceplanted the young fighter.

If you’re thinking that looked like it hurt, you’d be right. While Northcutt was up and walking around shortly after the finish, a trip to the hospital revealed extensive damage was done. Here’s Northcutt on Instagram detailing the trauma while smiling from underneath an oxygen mask. This guy.

”Fresh out of surgery,” Northcutt wrote. “I had 8 fractures and a nine hour intense operation. Feeling blessed for the amazing care and all the support from One Championship, my family/friends and fans! My Terminator face is not too shabby … ‘I’ll be back!’ Next post is catheter removal … stay tuned. JK!”

You can see Northcutt’s x-rays behind him, and the damage to Sage’s cheekbone and orbital is visible even without any zooming in. How long he’ll be out is going to depend on exactly where those eight fractures lie, but it’s certainly not the kind of injury you want to rush back into the ring from. Especially if you have a known habit of circling into the power hand of your opponents.