Andrade Open To Rose Rematch, Jedrzejczyk Has To Wait For Hers 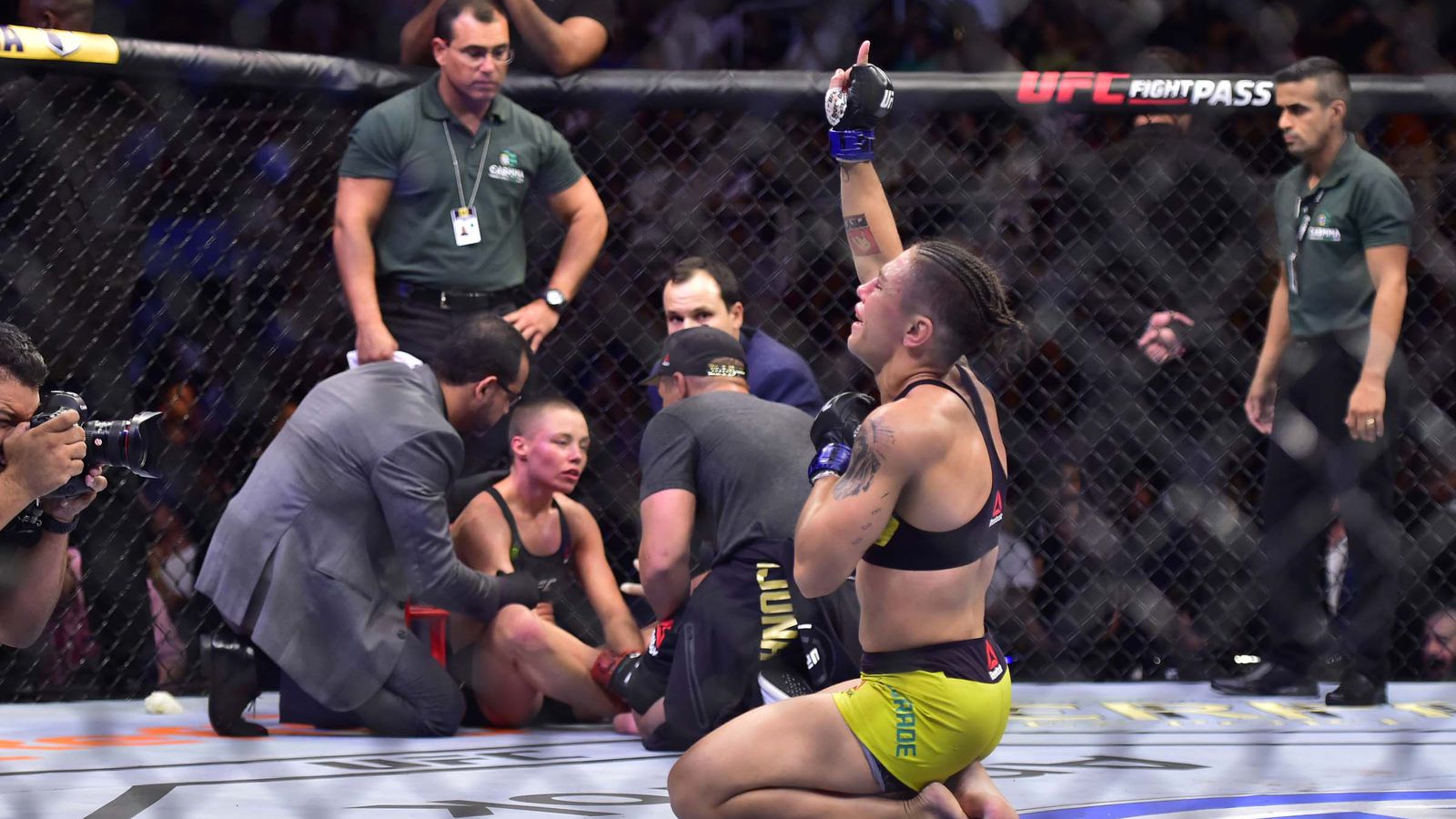 After shocking the mixed martial arts (MMA) world at UFC 237 a few weeks ago with her knockout win over former women’s Strawweight champion Rose Namajunas (see it again here), Jessica Andrade is ready to run it back against the ex-title holder.

According to “Bate Estaca,” since Namajunas was nice enough to grant her a title shot, going as far as traveling to enemy territory in Rio de Janeiro, Brazil, she wants to offer up the same courtesy. Speaking on Ariel Helwani’s MMA Show, Andrade talked about the possible do-over.

“The person that I would really like to fight again would definitely be Rose,” Andrade said as transcribed b BJPenn.com. “Because she did a very nice act of kindness to me by going to Rio to defend her belt. She had no obligation to do that. And if she ever wants to fight again for the belt, I know she’s figuring some stuff out but if she wants to do it I’ll be happy to go to Denver and defend in her hometown the same way she did to me.”

After the loss, Rose was very candid about her fighting future, saying that she wasn’t sure she’d ever fight again and was happy to have the pressure of being a UFC champion off her shoulders. Should “Thug Rose” decide to take some time off for the foreseeable future, there are several other options for Jessica’s first-ever title defense.

Chief among them will be the winner of the upcoming bout between wrestling powerhouse Tatiana Suarez and Nina Ansaroff, which is set to go down at UFC 238 in matter of weeks.

“If Rose doesn’t want to do it, probably the winner of Nina [Ansaroff] and Tatiana [Suarez] would be the most worthy of the next title fight,” she added. “But in the UFC you never know so I’m just training and getting ready because I know that there’s a lot of tough girls coming up very soon.”

Of course, former champion Joanna Jedrzejczyk is still lurking, as she will go back to Strawweight after failing to win the women’s Flyweight title earlier this year. Joanna defeated Jessica at UFC 211 via unanimous decision. It’s been a drastic difference in the tale of tapes since, as Jessica has won four straight while Joanna has gone 1-3.

It’s because of “JJ’s” recent woes that Andrade says she isn’t deserving of another shot at the title just yet, saying there are several other combatants who deserve a championship fight before her.

“But you know how the UFC is. Eventually, it’s gonna happen so I just hope that the girls that have been working on the division and climbing up the ranks get their chance before she does.”

Anyone have an issue with the order of Jessica’s wish list of fights?