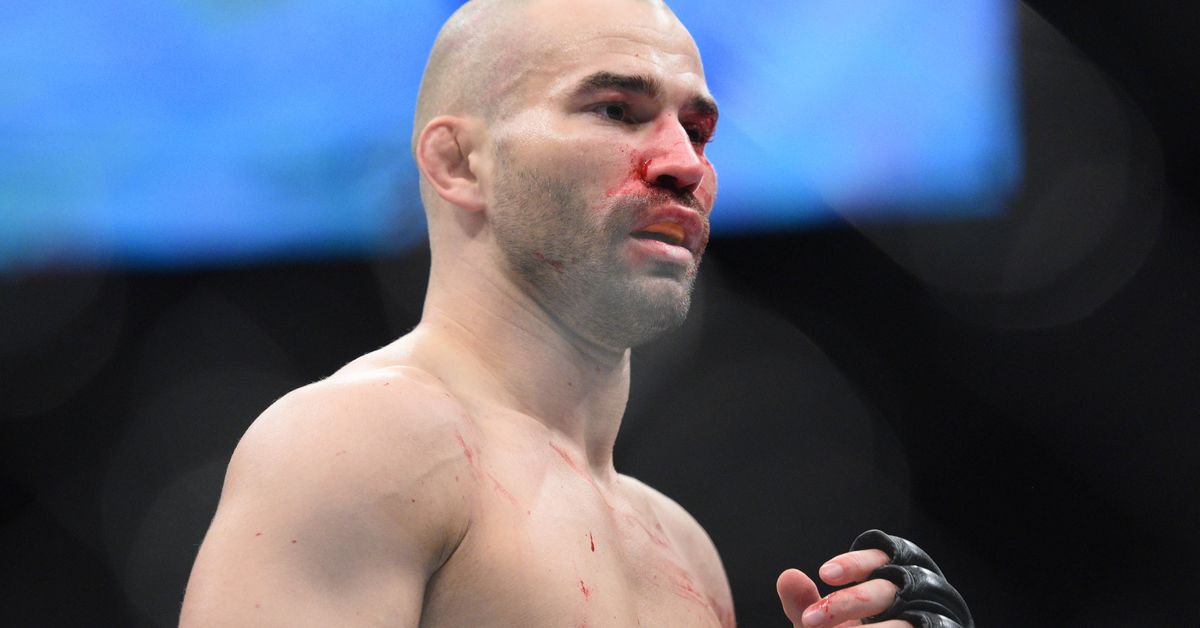 The usual captain of Midnight Mania, Mr. Andrew Pearson, is taking the week off, presumably to organize the proletariat in some type of uprising. While he’s busy, I’ll do my best to fill his shoes, though I’ll also be giving a bit of my own spin on the Midnight Mania zaniness. Expect a little bit of extra technique talk, more Team Alpha Male drama (you know you want it), and maybe some extra memes!

Or maybe I’ll just spend the entire week complaining about Game of Thrones, which would work, too.

As it turns out, my first night on the job is a graphic one, as Paulie Malignaggi is doing his best to hype his grudge match with Artem Lobov. The two are set to throw down at Bare Knuckle Fighting Championship 6 on June 6, 2019, with the event unsurprisingly taking place in Tampa, Florida. A full month ahead of the bout, Malignaggi is raising the stakes, as the former WBA Welterweight boxing champ spit at Lobov today.

Spitting is ugly, but it’s not unheard of in combat sports. Malignaggi’s trash talk, however, was another notch higher on the bizarre meter. See for yourself!

Paulie Malignaggi and Artem Lobov kicked off at the obscene press conference to announce their June 22nd bare-knuckle boxing fight: “I’m gonna take out my d**k, after I knock his teeth out, and I’m gonna p*** in that toothless mouth.” pic.twitter.com/IJ2XeVXzWd

Given Malignaggi’s general lack of punching power and Lobov’s cinder block-esque skull, it doesn’t sound like a rather likely outcome. More to the point, Malignaggi’s over-the-top approach to hyping up this fight is clearly an attempt to draw Conor McGregor from Twitter and back to the boxing ring. That doesn’t sound likely either, but I suppose Malignaggi will try his best to piss his way into a big money fight.

Either way, this is not the first time a combat sports athlete has taken it upon himself to blur the strange line between violence and sex. Wanderlei Silva infamously missed a word when threatening to f*** up Chuck Liddell. Joseph Benavidez made a reference to the classic Patrick Swayze film Roadhouse (that no one recognized) to intimidate Henry Cejudo on their season of The Ultimate Fighter (TUF). And in perhaps the most famous example, Mike Tyson made some terrifying direct threats to a reporter that involved words on the Mania no-no list.

Mixed Martial Arts (MMA) is a rough sport. I watched this fight and never saw the upkick, but lots of strikes like these are missed while still leaving a mark. Big credit to Ed Herman for over a decade of work inside the Octagon!

Another clip from Israel Adesanya’s visit back to Nigeria.

Truly, there is no cure for the MMA mindset of, “you’re only as good as your last fight.”

Y’all people are something else.

Few fighters are as open about their feelings after a loss as Kevin Lee. Like him or not, that’s admirable.

Sage Northcutt is a wonderful human being.

KSW 49 was overshadowed by UFC ‘Rochester’ this weekend, but the Polish promotion delivered another solid night of combat. Really, KSW has found their niche: squat, jacked European dudes whipping hooks at each other.

Pro tip to any fighters out there: spamming an Orthodox fighter with left kicks to the liver from Southpaw is almost never a bad idea.

I didn’t realize Luis Henrique had been released from UFC’s roster, the Brazilian definitely has some talent.

I actually got to train with Antun Racic at Team Alpha Male a couple years ago, the man is about as strong as he looks.

Even if you saw Deontay Wilder’s massive knockout win on Saturday night, you should watch it again.

“Let’s get our money’s worth, Deontay! Chill, not yet. Gimme five rounds, please!”

From the album that played while aggregating all this content! Of the many greats that died too young, Jeff Buckley is a personal favorite.

Sleep well Maniacs! If I’m not fired for my lead story, check back in with me tomorrow night!