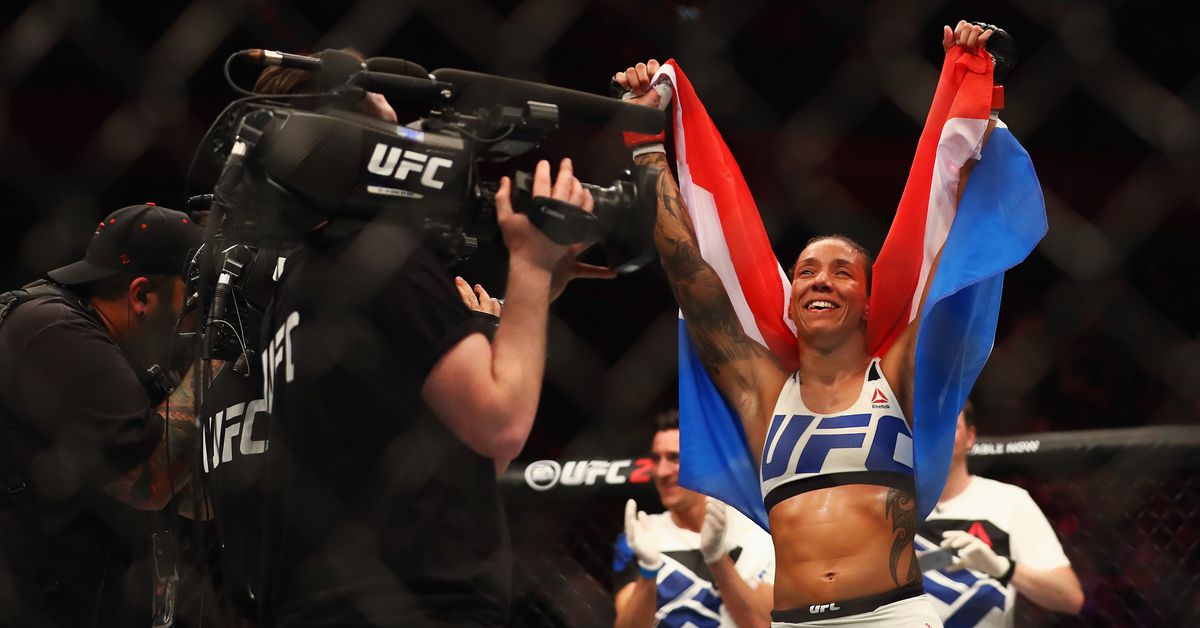 Ultimate Fighting Championship (UFC) is headed back to Sacramento, California on July 13, 2019, as UFC Fight Night 155 is set to go down inside Golden 1 Center. And now it seems the promotion has found its main event.

According to MMA Junkie, UFC is looking to book a Bantamweight fight between former women’s Featherweight champion Germaine de Randamie and undefeated prospect, Aspen Ladd (8-0, 3-0 UFC), in the main event of the evening.

De Randamie made a successful return to 135 pounds in her last outing, defeating Raquel Pennington last November to earn her fourth straight win inside the Octagon. As for Ladd, she’s been on a tear since making her professional mixed martial arts (MMA) debut back in 2015 for Invicta FC.

After winning five straight, Ladd got the call up to the big leagues where she defeated Lina Lansberg in her Octagon debut in 2017. Ladd was last seen taking out Sijara Eubanks at UFC Fight Night 152 two weeks ago after a proposed fight against Holly Holm as UFC 235 failed to materialize.

Moving Ladd up to headliner is rather big leap, as all three of her previous fights have all taken place on the undercard. That said, it seems UFC is banking on Ladd on potentially being a next breakout star. A win over Germaine would definitely go a long way.

UFC Fight Night 155 is also set to feature the return of Urijah Faber as he takes on Ricky Simon. Meanwhile, “The California Kid’s” Team Alpha Male (TAM) teammates, Josh Emmett and Cynthia Calvillo, are set to face off against Mirsad Bektic and Livia Renata Souza, respectively.