Waterson: Give Me Title Fight Or Suarez Next 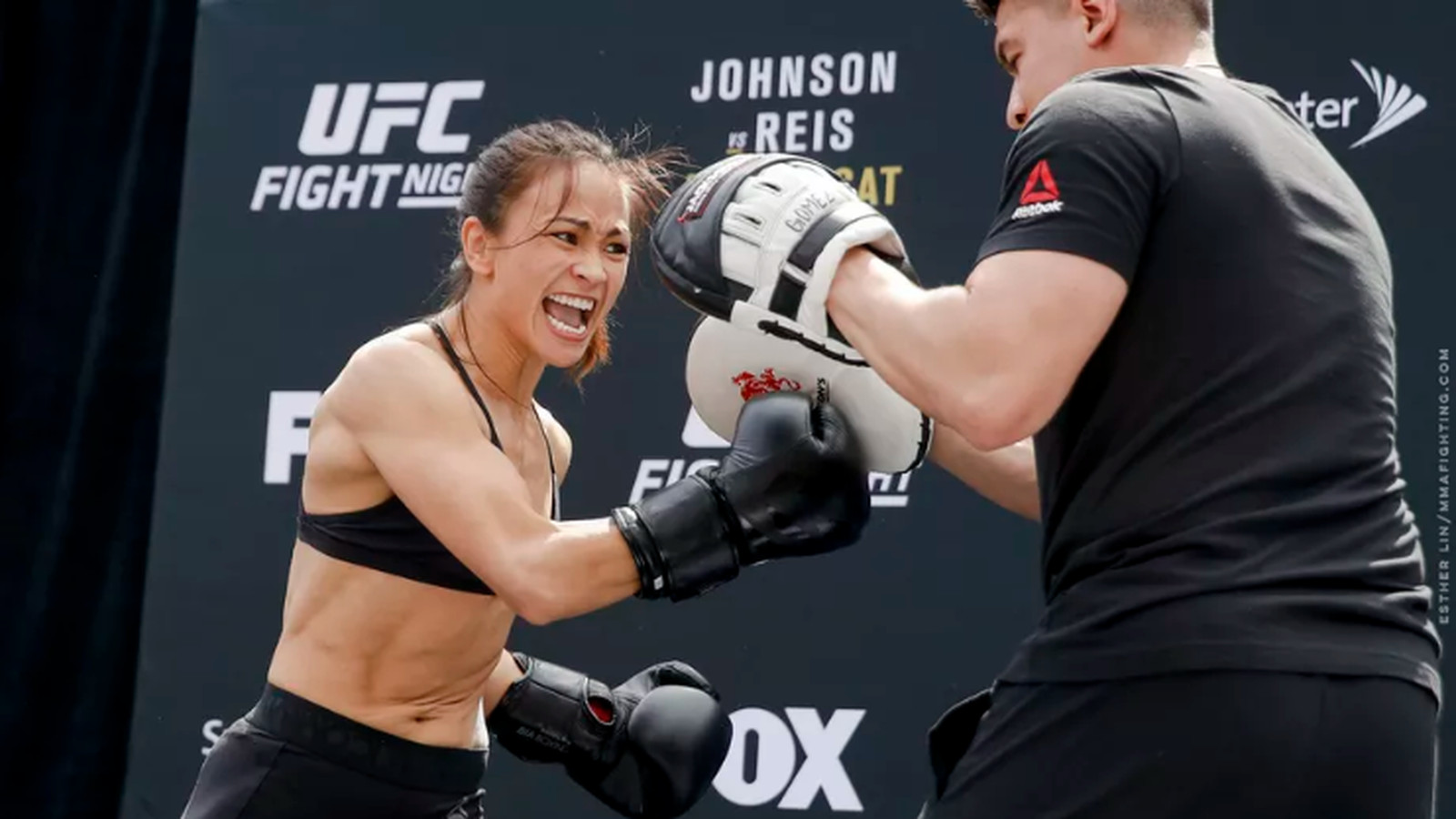 This past weekend (June 8, 2019), Tatiana Suarez seemingly punched her ticket to a title fight against women’s Strawweight champion Jessica Andrade after defeating Nina Ansaroff at UFC 238 in Chicago, Illinois.

While UFC president Dana White didn’t confirm the wrestling powerhouse as the next title contender during the post-fight presser (see it), he did go on record to say that Michelle Waterson would not be next for Andrade, citing her place on the rankings as the reason.

Upon catching wind of those comments, “The Karate Hottie” took to Ariel Helwani’s MMA Show to offer up her response.

“I love Dana. We have a great relationship, I respect him. I just think he’s really busy, he has a lot on his hands and he has to take care of a lot of fighters. At the end of the day he’s probably given, you know, a breakdown or lineup of the fighters and just a list of the rankings and he talks about the fighters that way,” said Michelle, who has won three in a row and currently ranked at No. 7.

“In my opinion, if you’re looking at the rankings, the rankings are shit. I feel like I have a great case against me especially after what you just said. Going off last performances, now Tatiana is facing people ranked in the top 10 and we see what happens when you start facing higher-ranking girls. The competition becomes more steep. And it’s hard of pop off good solid, dominant performances with higher competition,” she added.

Admitting she didn’t catch the entire fight between Suarez and Ansaroff, Waterson says from the little highlights she saw and the recon her team gathered based off the fight, Tatiana (No. 2) isn’t ready to fight for the title just yet.

“I don’t think it was enough to showcase the she is ready for a championship title fight. From what I’ve heard from all my teammates and coaches back at home, they text me right away and said, ‘You got this in the bank.’ If they make you fight Tatiana, then you got Tatiana, too,” she said. “They see holes in her standup, holes in her ground and holes in her wrestling. And we are ready to take it.”

If a championship fight isn’t next for Michelle, she wants the chance to prove her worth, throwing down a challenge to Suarez.

While she acknowledges Tatiana as a great fighter, Waterson feels she matches up well with her, and nothing she does is superior to her own skills. And she’s definitely no Khabib, said Michelle.