Bring It On! Humphrey ‘Too Chill’ To Take Danis Trashtalk Bait 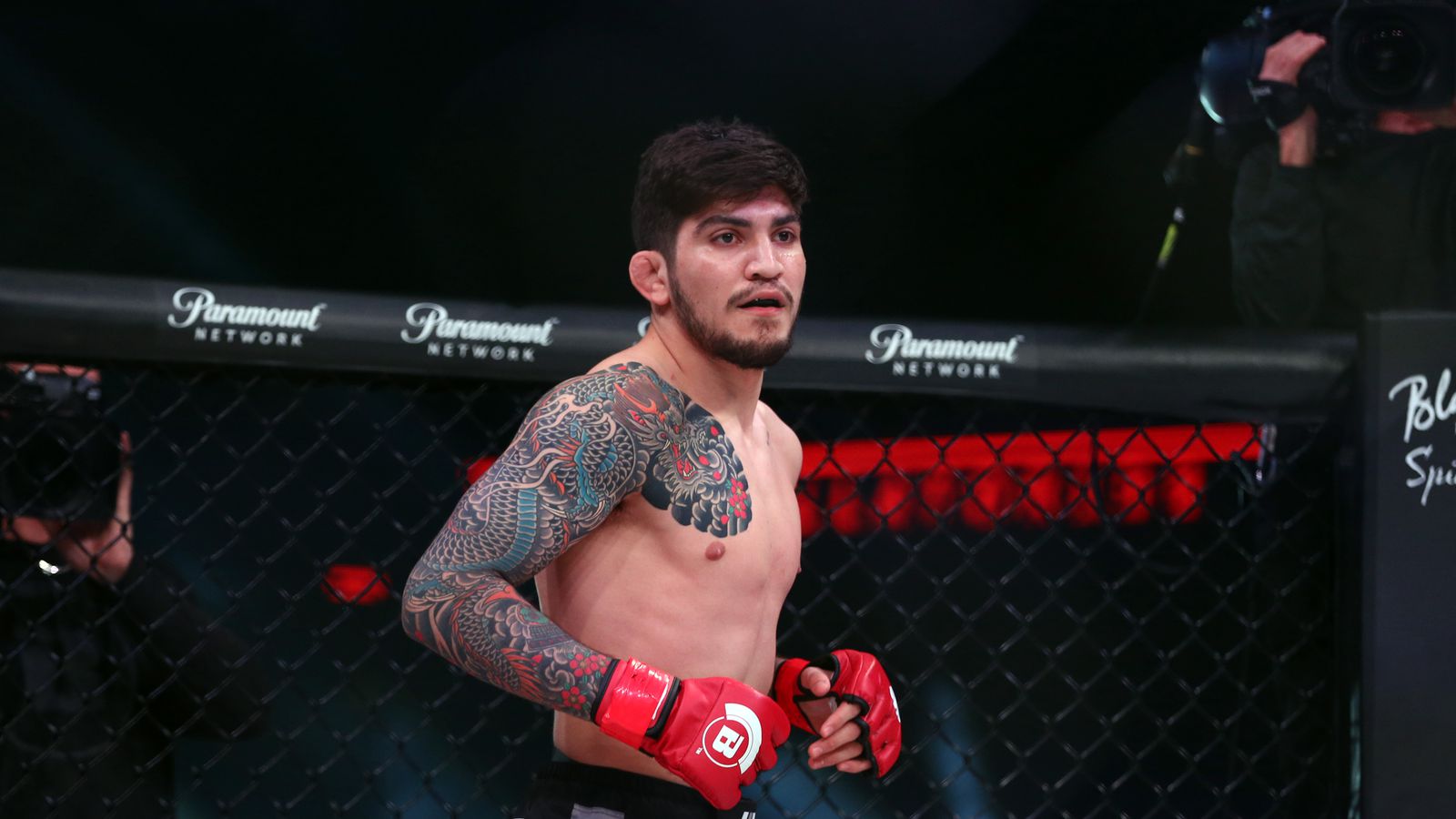 In a card loaded with stellar fighters like Lyoto Machida, Kyoji Horiguchi and Aaron Pico, among others, there’s also room for a few loudmouths like Chael Sonnen and Dillon Danis. Danis (1-0) is looking to stay undefeated in one of the featured fights inside The Garden, facing Max Humphrey (3-2). Although Humphrey may be low-profile coming into this fight, he’s had the perfect response to the trash talking Danis — “silence is golden.”

“Too Chill” recently spoke with MMAmania.com about what that phrase means to him:

“I mean, I’m just not gonna … I’m not a big talker, man. I’m probably not ever gonna be. It’s just not my thing. My manager bitches at me a lot for that, but he still loves me anyway — at least I hope. The whole idea of like … trying to please a crowd so that people like me just sounds fucking terrible.”

For someone who professes to not be a big talker, Humphrey actually has a lot to say; meanwhile, the Danis detractors would definitely urge him to keep his mouth SHUT.

“I guess it’s really just kind of, ‘What do you prefer?’ I’ve read stories about the guy, people either love him or hate him, (but) I could care less one way or the other — it doesn’t matter. That’s never going to be my style, so I’m not going ever to try and pretend to be something I’m not. I’m just not about the fake. I’m a pretty real dude, actually.”

The irony is that being a “real dude” is exactly what will endear him to the same people who don’t like Danis … even if that’s not something Humphrey is actively trying to cultivate.

“I keep it real as much as possible all the time. Like, I’m ‘Too Chill’ for a reason.”

It’s a good thing to keep your cool and be chill when people are hurling insults like, “the new Kyle Walker” (i.e. a guy that’s being brought in just to lose to Danis).

“Yup! I’m not stupid. Just because I’m the no name guy, go ahead and sleep on me if that’s what you (want to) do. Makes it easy for me I guess. I don’t care. It matters not one way or the other.”

Let’s all stop for a moment then and let Mr. Humphrey tell us exactly who he is in this sport and the reason(s) there’s no time to snooze.

“I’m at (Greg) Jackson’s, training at one of the greatest gyms in the world. I’ve got some of the best coaches and the best teammates in the world on my side helping me prepare for this. So to me, I’ve never had help like this before. Like, I had a coach and somebody that was legit and knew what they were doing, but when you’re one guy that’s got 60 students, how much time can you put into an individual, you know?”

That may be a sign that we can throw Humphrey’s 3-2 record out the window in evaluating who he is as a fighter.

“A lot of what I’ve had to do just to get myself to this point is on my own, and then I get to Jackson’s, and it takes a while — you’ve got to show ‘em your dedication, you’ve gotta earn it. Like you can’t just be the guy that shows up and goes to one practice and then expects all the help to come out of the woodwork. But after you put the grind in and you start showing your dedication and that you’re on time and doing the shit you’re supposed to do well people notice that. The people in the gym who work hard, they notice that, and then they want to help you. Well now, I’ve got the best in the world helping me — and it feels very difficult to fail right now.”

That support from Jackson-Wink is something he takes very seriously and personally.

“You know I joined the infantry at 17, so I’m used to hard work and grinding. I’m not just waking up and running just for me, now there’s 10 other guys that are relying on me to be there. Okay, now it’s a ‘have to.’ Get the fuck up and do what you’re supposed to. Quit being a pussy.”

Another thing people may not know about Humphrey is that he’s had 25 fights total by his account, including amateurs and military service fights that aren’t on his public record.

If it wasn’t already clear that Humphrey is a personality to rival Danis in his own right, then these final words about Friday night should seal the deal.

“I mean am I honored that I get to fight at Madison Square Garden? Fuck yeah! To step in there with the greats that have been in there before, that’s a special thing, but that’s more of a personal thing — that’s just for me. So what there’s going to be some more eyeballs? I don’t care. Like I love the fans, don’t get me wrong, but when those doors shut they all disappear and I’m there for a reason, and that reason is standing in front of me, and that’s that.”

Indeed, it sounds like once those cage doors shut at MSG, Dillon Danis may get more than he bargained for.

Complete audio of our interview is embedded above, and complete coverage of Bellator 222: “MacDonald vs. Gracie” resides here at MMA Mania all week long.