Matches To Make After UFC 239 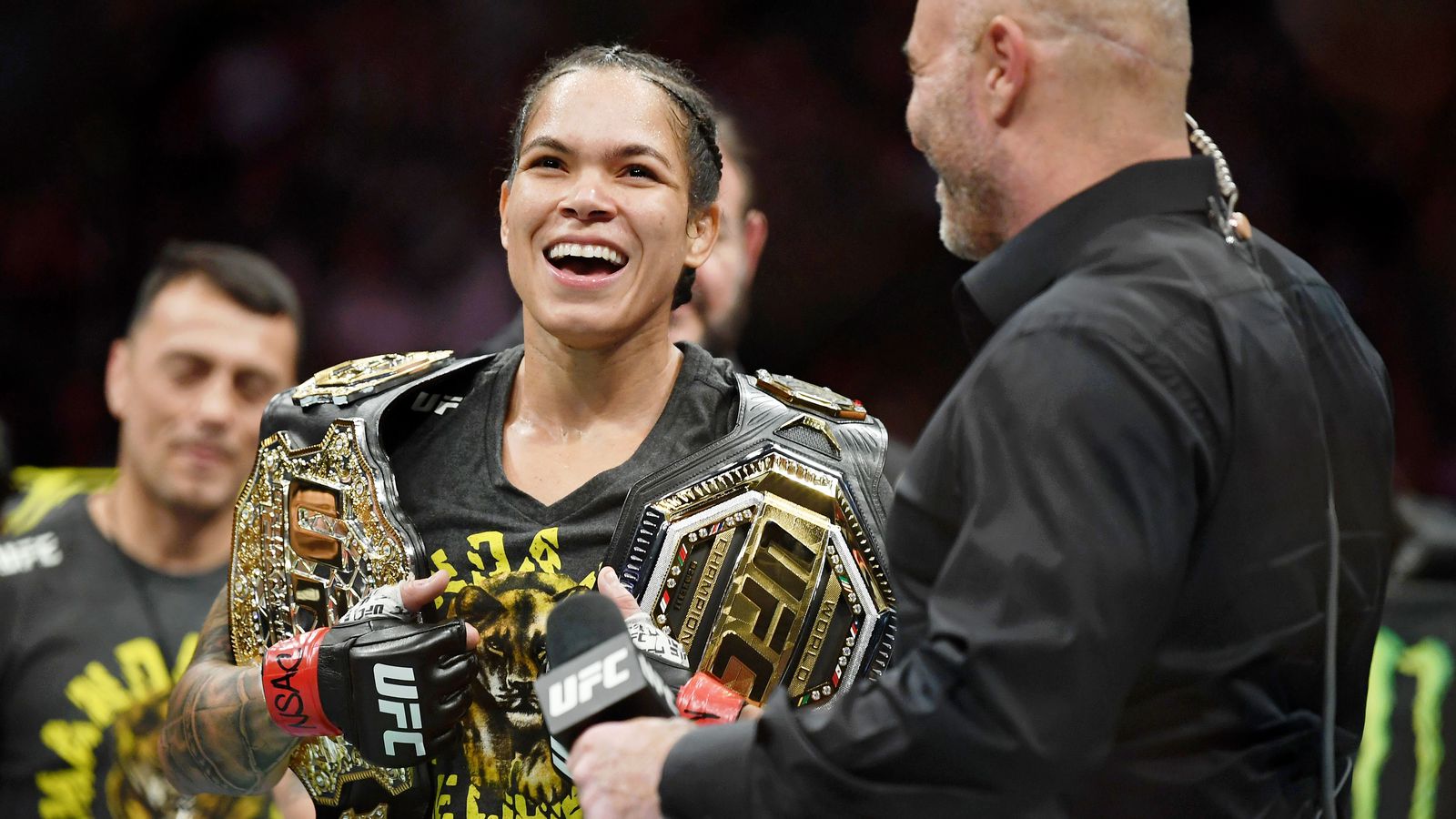 Ultimate Fighting Championship (UFC) returned to the pay-per-view (PPV) business last night (Sat., July 6, 2019) to stage UFC 239 from inside T-Mobile Arena in Las Vegas, Nevada. In the main event of the evening, Jon Jones retained his Light Heavyweight title by narrowly edging out Thiago Santos after five hard-fought rounds (see it again here). In the co-headlining act, Amanda Nunes held on to her women’s Bantamweight title by knocking out Holly Holm via head kick (highlights).

Who He Should Face Next: Cormier vs Miocic winner

Jones does have three rising contenders who could be challenging him down the road at 205 pounds in Dominick Reyes, Corey Anderson and Johnny Walker, but “Bones” needs to think bigger for his next fight. Bigger as in Heavyweight. After his win over “Marreta,” Jon was asked about his interest in facing the winner of the upcoming 265-pound title fight between Daniel Cormier and Stipe Miocic a UFC 241, and to everyone’s surprise, he was all for it. Especially if “DC wins,” as Jon says he has his “recipe” after defeating him twice before.

After proclaiming his desire to retire this year, Cormier revealed during a recent presser he feels as good as ever, and a third fight against “Bones” isn’t out of the question, especially at Heavyweight. So should Cormier take out Stipe one more time and UFC open up its check books, Jones vs Cormier 3 is highly-possible. As is Jones vs Miocic, since “Bones” is open for that matchup, as well.

Who She Should Face Next: Cris Cyborg rematch

Let’s be honest, this is the fight fans are eager to see again after Nunes destroyed Cris at UFC 232. Everyone wants to see if she can do it again or if Cris can get some sweet revenge. UFC president Dana White once again expressed his desire to stage this fight, assuming Cyborg takes out Felicia Spencer at UFC 240 next month. Nunes has already gone down to 135 pounds to defend her title, so going up to 145 to do the same is only logical.

If Cris and UFC don’t come to an agreement on a contract extension should she defeat Spencer, then Nunes’ options will be to face either Germaine de Randamie — whom she’s defeated before — or Ketlen Vieira at Bantamweight. Of course, Aspen Ladd could insert herself into the mix if she defeats de Randamie in Sacramento next week.

Who He Should Face Next: Kamaru Usman title fight

We are going to have to play the waiting game before we get confirmation here, as Colby Covington could still get his chance at “Marty” should he get through Robbie Lawler at UFC on ESPN 5 next month. But that is a big “if,” as “Ruthless” is still as tough as they come and could ruin Colby’s title aspirations once and for all.

If it were me, though, I wouldn’t even wait, I’d book Masvidal vs Usman in a hurry as “Gamebred” has stormed his way to the front of the championship line by taking out the previously-undefeated Askren in record time and a former title contender in Darren Till in back-to-back outings. As far as Woodley is concerned, he shouldn’t be an obstacle for Jorge as he was thoroughly dominated by Usman, making his case for an immediate rematch obsolete.

Who He Should face Next: Anthony Smith

Jan got back into the win column in impressive fashion by steamrolling Luke Rockhold and breaking his jaw in the process. The victory was his fifth in his last six fights, proving that despite his quite demeanor, he is someone to be taken very seriously at 205 pounds. Up next for the Polish-born fighter should be a fight against Anthony Smith.

“Lionheart” recently also got back in the win column by submitting Alexander Gustafsson, ending his career in the process. Plus, had Luke won last night, you know UFC would’ve tried to book him against Smith next, as the two men have a built-in rivalry going for them. Still, Jan vs Smith just seems like the right fight to make.

Who He Should Face Next: Neil Magny

Since making the jump up to Welterweight, Chiesa has looked like a different fighter, taking out Carlos Condit and Diego Sanchez in consecutive bouts. No longer having to worry about cutting down to 155 pounds, “Maverick” can focus simply on fighting, and the results speaks for themselves.

Unfortunately for Chiesa, the Welterweight division is currently stacked from top to bottom, which means his climb up the ranks will be a brutal one. For his next challenge at 170 pounds, I’d like to see Michael face Neil Magny. A longtime staple in the division, Magny is 2-2 in his last four fights and is coming off a loss to Santiago Ponzinibbio. Chiesa and Magney’s style are so similar, so it would be interesting to see how they work against each other. Neil is currently ranked at No. 13, and if “Maverick” wants to crack the rankings, he needs to take out ranked fighters.

To get full UFC 239: “Jones vs Santos” results and play-by-play click here.