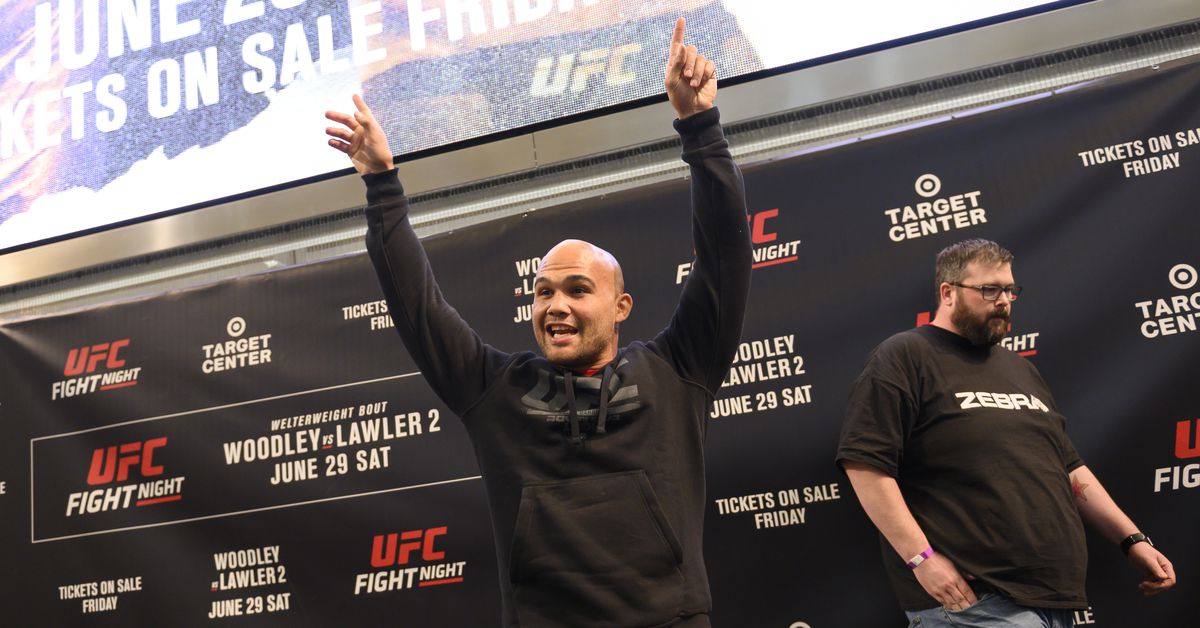 Colby Covington gets his first chance in more than one year to put his money where his mouth is when he takes on Robbie Lawler this Saturday (Aug. 3, 2019) in the main event of UFC on ESPN 5, live from inside Prudential Center in Newark, New Jersey. Two of Lawler’s fellow old-schoolers, Jim Miller and Clay Guida, duke it out in the co-feature, while exciting Lightweight sluggers Nasrat Haqparast and Joaquim Silva battle one fight prior.

It’s an early one this week, meaning you’ll have plenty of time to drink your sorrows away afterward if things go awry. Here’s how to make sure they don’t.

Besides one of the guys we bet on getting a walkover when his opponent failed a drug test? Not a thing! Indeed, everything worked out nicely.

UFC On ESPN 5 Odds For The Undercard:

Thoughts: I can understand oddsmakers wanting to curb their enthusiasm toward Antonina Shevchenko after what happened last time, but this seems like overcompensation to me. Her wrestling is her Achilles’ heel, and Pudilova has yet to show either the desire or technical ability to consistently bring the fight to the mat. Shevchenko’s the stronger striker and, without the threat of takedowns to slow her down, should be able to thoroughly outclass her foe for the full 15 minutes.

I like the look of Hannah Goldy as well. That’s because her opponent, Miranda Granger, doesn’t seem to have the wrestling necessary to impose her ground game and her straightforward approach plays into the counter-punching Goldy’s hands. Therefore, a moderate bet on the “Queen of Sparta” makes sense.

UFC On ESPN 5 Odds For The Main Card:

Thoughts: Nasrat Haqparast should probably be a bigger favorite than this. Despite being known as “Netto BJJ,” Silva’s standout skill is grit — he’s tried all of two takedowns in five UFC fights, preferring constant pressure striking over grappling. Haqparast is faster and hits much, much harder, to the point where even Silva’s notorious durability isn’t sufficient to save him. In other words, Haqparast is just all wrong for Silva and should dominate on the feet.

Trevin Giles seems like a good investment as well. He was holding his own against Zak Cummings despite a huge layoff before getting clipped and Meerschaert — though capable of scoring an out-of-nowhere finish at any point — looked atrocious in his last two fights with Jack Hermansson and Kevin Holland. The latter bout was particularly appalling, as Holland fought in the dumbest fashion imaginable and still wound up winning. Giles hits hard and wrestles well, which should be sufficient to carry him to victory.

Hey, a free card is a free card … even if it’s empty outside of the main event. See you Saturday, Maniacs!

Remember that MMAmania.com will deliver LIVE round-by-round, blow-by-blow coverage of the entire UFC on ESPN 5 fight card this weekend, starting with the ESPN “Prelims” that are scheduled to begin at 12 p.m. ET, then the main card portion that will also air on ESPN at 3 p.m. ET.

To check out the latest and greatest UFC on ESPN 5: “Covington vs. Lawler” news and notes be sure to hit up our comprehensive event archive right here.