This Rematch Is Dumb 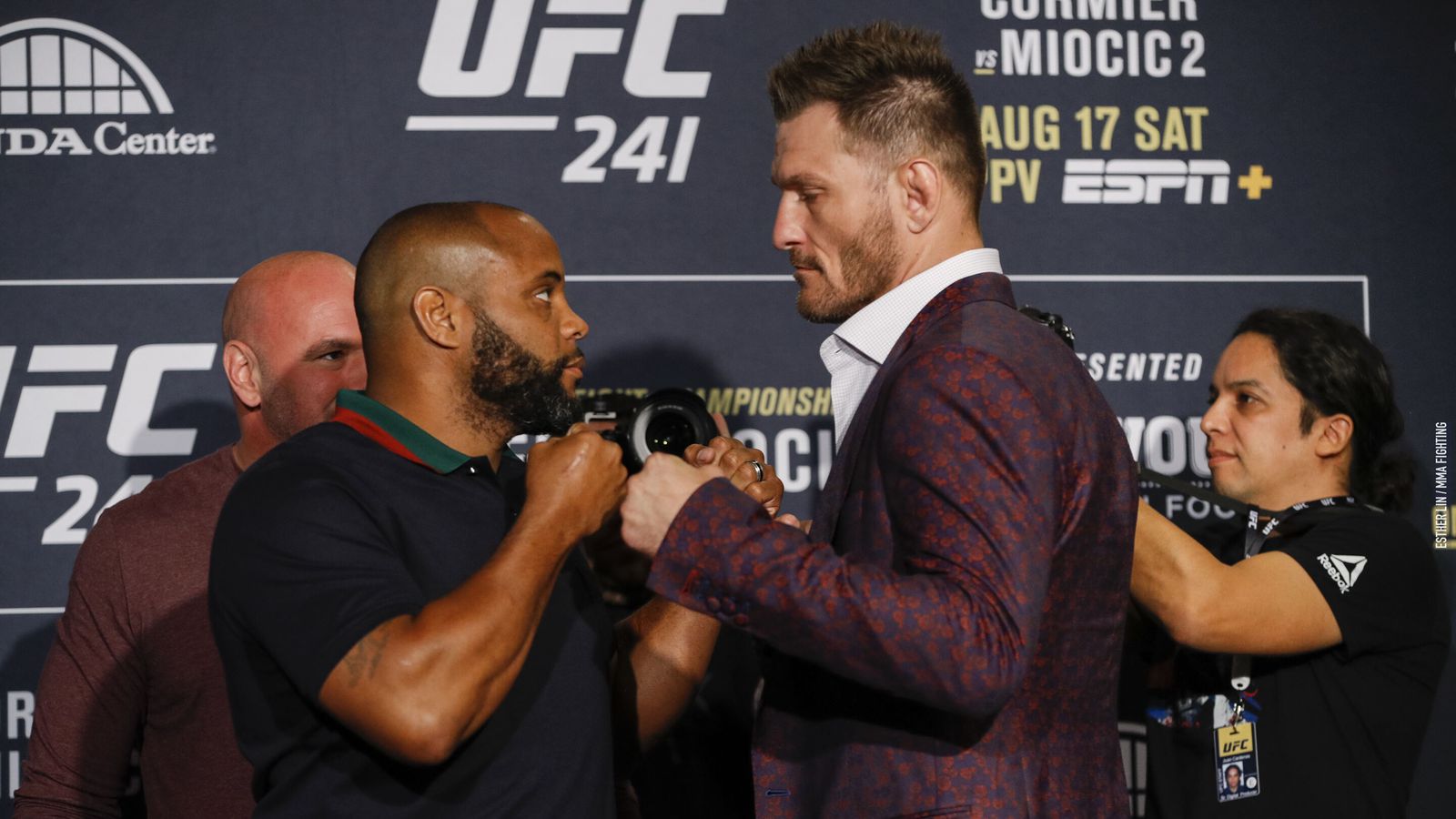 Former UFC heavyweight champion, Stipe Miocic, was granted an immediate rematch against Daniel Cormier, despite getting finished by “DC” in their first go-round at UFC 226 back in July 2018.

He doesn’t deserve it, but the heavyweight division is so thin you could probably use it to jimmy open your neighbor’s window, sneak inside, and watch old UFC tapes that featured truly meaningful bouts.

To date, no one has been able to dispute two very basic facts, helpfully laid out by Cormier in the wake of last year’s showdown: Their fight wasn’t close and the UFC 226 pay-per-view (PPV) generated little-to-no money.

So why do it again?

Fans will argue that Miocic was so dominant as champion before running into Cormier that he deserves to try again, but that doesn’t make a whole lot of sense to me. I mean … it was a first rounder. An instant rematch feels like that old playground maxim where every negative result gets erased if you jump up quickly enough and yell “DO OVER!”

A close five-round decision? Sure, I’m down. I was first in line when they announced Jon Jones vs. Alexander Gustafsson 2 back in late 2014, right before “The Mauler” got bounced by an untimely knee injury.

Controversial stoppage? I was just as confused as Chris Weidman when Dan Miragliotta sent “All American” to a bizarre loss in his hometown, and certainly not opposed to a Gegard Mousasi rematch just as soon as both fighters could put pen to paper.

But let’s just go ahead and say it: Miocic lost and he lost clean. The only reason he’s fighting Cormier again is because A) Brock Lesnar didn’t want to sully his hands with the filth of ESPN+ and B) Miocic could afford to sit on the sidelines until UFC granted him a rematch.

And just so we’re clear, I wasn’t interested in watching Cris Cyborg run it back with Amanda Nunes, either. The former featherweight champion got beat at her own game in a fight that like Miocic vs. Cormier 1, delivered a fairly conclusive result.

You tried, you failed, now go put in some work and get better before trying again. Kind of like Francis Ngannou. “The Predator” was schooled by Miocic at UFC 220 but is now the winner of three straight — with three knockouts — including two over former heavyweight champions Cain Velasquez and Junior dos Santos.

Otherwise UFC should just make championship fights a best of five series like other sports. That will help eliminate those ridiculous fan excuses whenever the top names lose, like “he got caught,” as if that somehow minimizes the loss.

Got caught with what … a punch in the face? That’s called “getting knocked out.”

I don’t have anything against Miocic the person, I just get triggered by “brats” who act entitled. And I know I’m not alone when I say this rematch is not that interesting, because all anyone wants to talk about — including UFC President Dana White — is Jon Jones vs. Daniel Cormier 3.

Cormier is defending his heavyweight title in the UFC 241 headliner on Sat. night (Aug. 17, 2019) in Anaheim, Calif., and more people are interested in what comes after the contest than what actually happens during the contest.

And no, Cormier doesn’t deserve another shot a Jones unless “Bones” moves up to heavyweight, which presents an entirely new dynamic. Besides, we’ve already seen how their light heavyweight fight ends because we’ve been subjected to it on two different occasions.

There’s a pretty good chance the Olympian retires after UFC 241. If not, I’d love to see him stick around and fight Ngannou. I don’t think he loses to “The Predator,” but it sure beats “Cormier vs. Lewis 2.”

Fowler Set To Clash Against Flatley