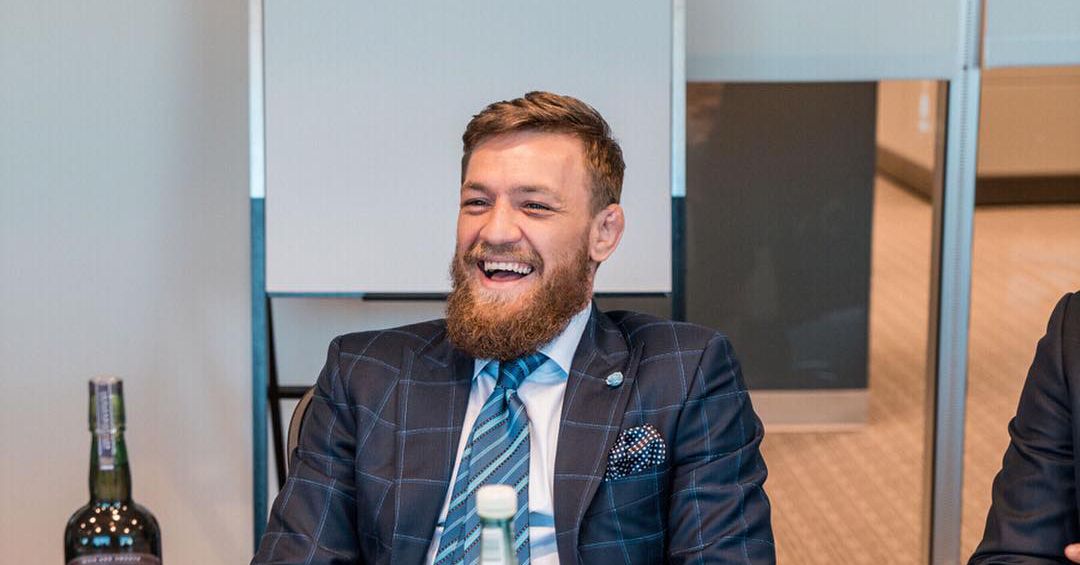 Conor McGregor’s popularity may not be going down the toilet, but his reputation certainly is … along with some of his precious Proper No. 12 Whiskey.

The former UFC double champ has been out of the Octagon and in the headlines for all the wrong reasons lately. There was that whole bus ambush situation in New York that landed him in court. He was arrested in March after snatching a bystander’s phone and smashing it outside of a nightclub. And footage that came out earlier this week shows an April incident where he can be seen suckerpunching an old man in a Dublin pub during a Proper 12 promotional event.

As they say, idle hands are the devil’s playthings.

While UFC fans don’t seem to interested in asking questions about what exactly their favorite fighter is up to, one Irish pub in Florida has had enough with the shenanigans. The Salty Shamrock in Apollo Beach is run by Sean Rice, fellow Irishman and former McGregor supporter. Now he refuses to even sell Conor’s whiskey.

Due to the recent cowardly and appalling behavior of the so-called Irish #MMA fighter #ConorMcGregor, the Salty Shamrock Irish Pub will no longer carry his product nor associate its business with his name. We will discard his whiskey I challenge every Irish bar owner to do same pic.twitter.com/xVeJXQqzBg

”Official notice,” he says in a Facebook video. “Due to the recent cowardly and appalling behavior of the so-called Irish professional fighter Conor McGregor, the Salty Shamrock Irish Pub will no longer carry his product nor associate its business with his name. We will discard his whiskey in a fashion that’s only fitting to his behavior. I challenge every Irish bar owner to do the same! He is not a true representative of the Irish people.”

The video goes on to show a framed picture of McGregor sitting on a toilet where staff pour the Proper No. Twelve whiskey down the loo.

”Sorry folks, that’s just how I felt about a so-called Irishman punching an old man in a bar,” Sean says at the end of the video. “Disgusting behavior. Slainte, see ya!”

You know you’ve gone down a dark path when you’ve lost the support of the Irish pub scene.

Based on reviews of McGregor’s whiskey, we don’t think any of the patrons at the Salty Shamrock will be missing that particular brand. Now we can say without exaggeration that some whiskey aficionados would rather take a punch to the face than drink that swill.

Tyson Fury vs Deontay Wilder loser has 30 days to trigger…

Wilder On His Power: ‘A Blessing And A Curse’