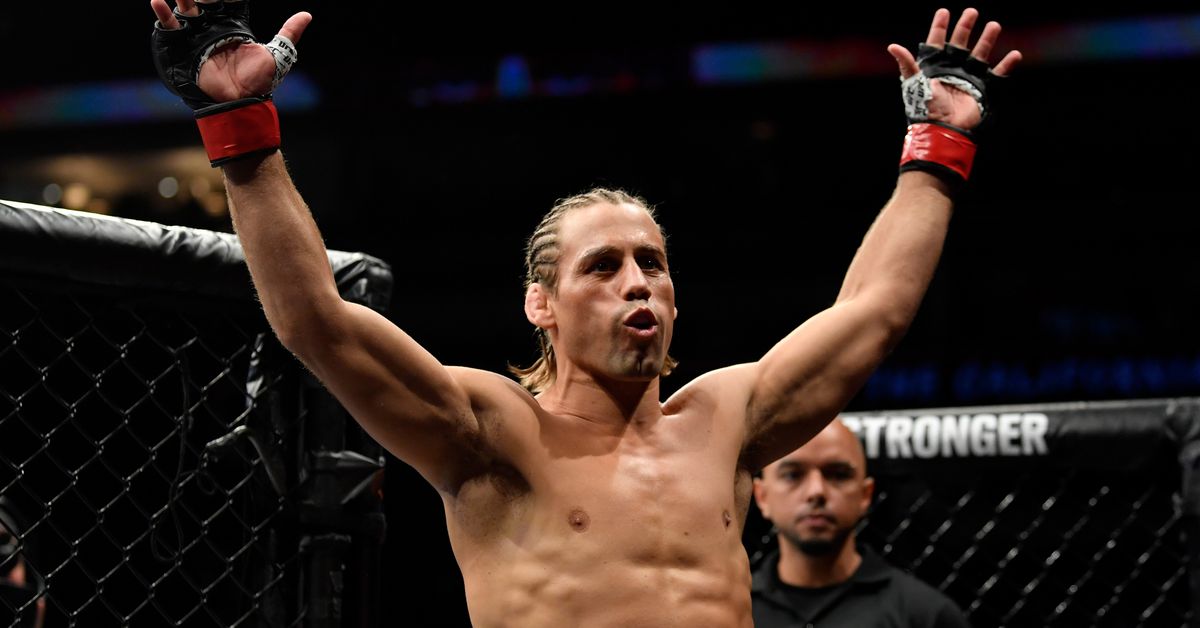 There are more and more interesting fights for Urijah Faber on the table.

“The California Kid” made an emphatic return to active competition at UFC Sacramento with a first-round technical knockout of Ricky Simon. Faber has been campaigning for a Bantamweight title fight with Henry Cejudo, as well as a grudge match with T.J. Dillashaw.

There were rumors that Cejudo would announce his next fight at UFC 241 on Saturday. Prior to the event, Faber spoke exclusively with MMAmania.com at the inaugural Kinektic grappling event in Anaheim.

“I’m fighting Henry Cejudo,” Faber teased when asked about the potential fight announcement. “If they let me.”

Faber and Cejudo sat next to each other at UFC 241, but Dana White shut down the idea of a title fight when speaking at the event’s press conference. That is okay because Faber has two other names he would be interested in fighting.

“Frankie [Edgar] has dropped down to my weight class. You know I went up to 145 because I was bored and fought him in the Philippines because it sounded like fun. A rematch with him is always a possibility. Aljamain [Sterling] is in the mix. He’s getting some clout. I actually like quite a bit,” Faber said. “Sean Shelby keeps stumbling around here and saying, “I’ve got this amazing fight for you’ and I’m like, ‘really?’ He told me and I’m like, ‘that’s not an amazing fight.’”

“Yeah, it’s a big misconception. It’s funny because people assume I smoke a lot of weed. I’m not against people who are doing it, but I’m a very busy guy,” he shared. “You know some people can function well. Joe Rogan will go crazy on people who don’t love smoking weed. I’m like, ‘Joe it takes practice to do what you guys do. I can’t function.’ I’ve smoked on occasion and I’m out. I’m not functional.”