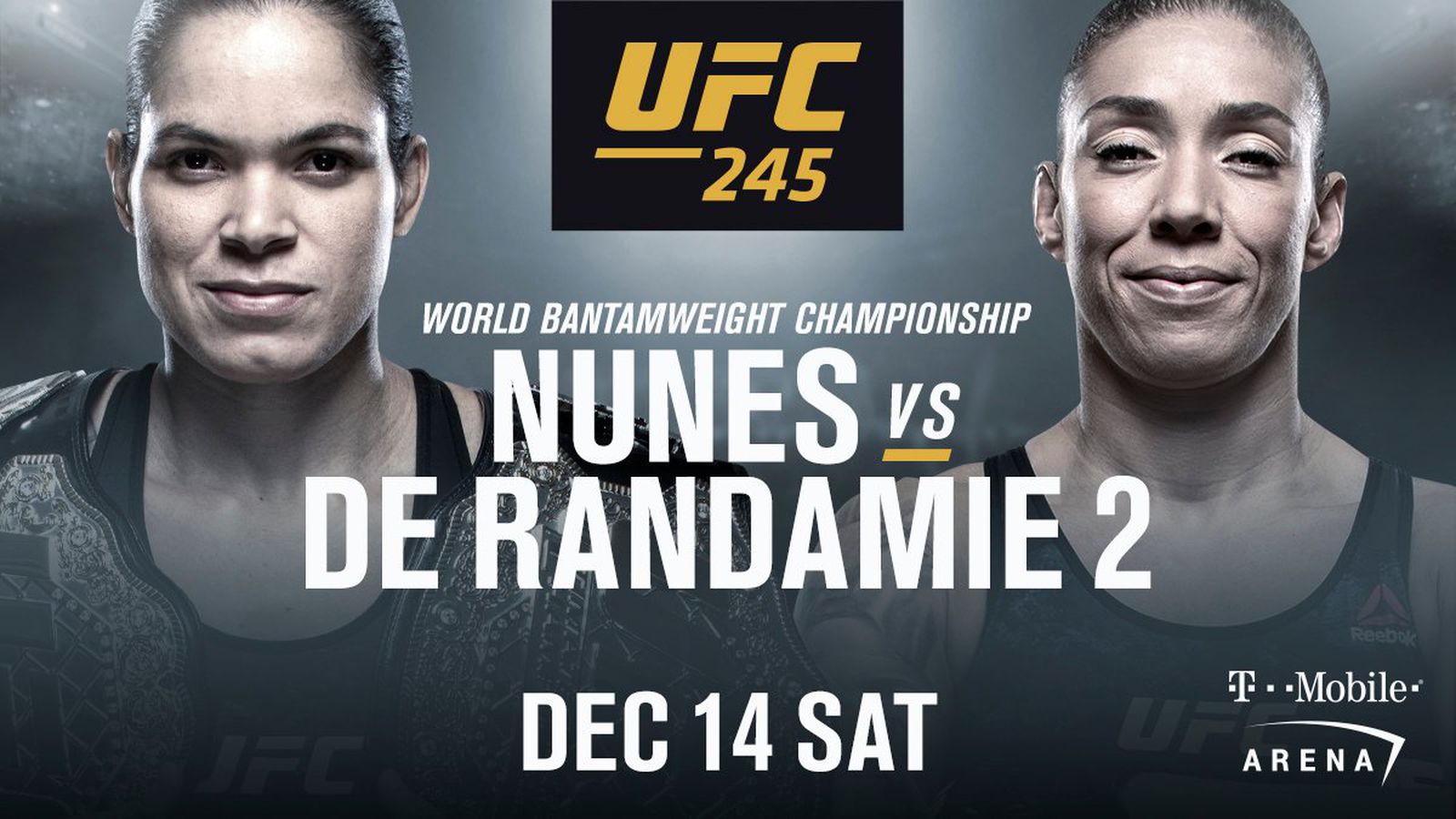 The promotion confirmed the 135-pound title fight earlier today (Mon., Aug. 19, 2019), but did not reveal if the bout would headline or co-headline the event.

The two ladies initially fought way back in 2013 at the UFC Fight Night 31: “For The Troops 3” event in Fort Campbell, Kentucky in what was both ladies’ second UFC fight. Nunes won the bout via first round knockout, which began an impressive run of 10-1 on her way to claiming both the Bantamweight and Featherweight straps.

For de Randamie, that was the last time she tasted defeat of any sort, winning her next five UFC fights including big wins over Holly Holm and Raquel Pennington. “Iron Lady” was most recently seen handing Aspen Ladd his first-ever defeat, knocking her out in just 16 seconds at UFC Fight Night 155.

Nunes, meanwhile, recently became the first-ever UFC champ-champ to return to his or her original weight class to defend that title by knocking out Holly Holm at UFC 235 (highlights). As far as her 145-pound title goes, since Cris Cyborg is no longer with UFC, there is no telling if the promotion will continue its plan to bolster the division or do away with it altogether.

No fret for Amanda, though, as she still has several contenders at 135 pounds ready and eager to get their chance at dethroning her, starting with the ex-Featherweight champion.

Should the title fight get co-headlining duties, there could be a possibility that Jon Jones closes out his record-setting year by headlining the event, as he stated he’d like to fight in December immediately after defeating Thiago Santos at UFC 235.

Should that come to pass, it will be the third event that “Bones” and “Lioness” spearhead together, with UFC 239 and UFC 232 being the other two.

Tyson Fury set to light up Vegas but must keep promise…