McGregor Reacts To Diaz Win…But Will There Be A Trilogy? 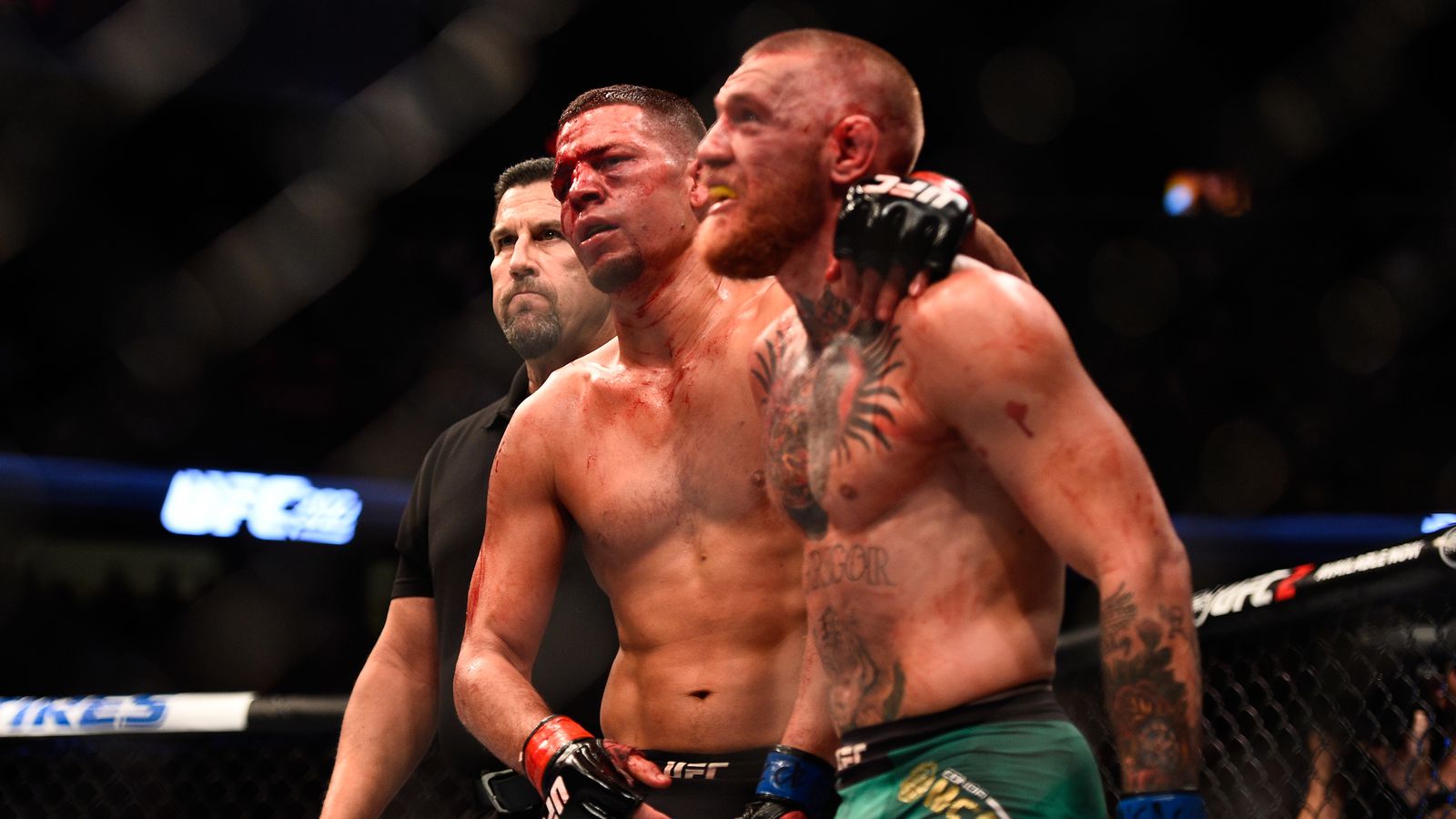 After Nate Diaz scored a win over Anthony Pettis in the co-main event of UFC 241 last Saturday night (Aug. 17, 2019) in Anaheim, Calif. (highlights), most expected the Stockton slugger to call for a trilogy fight against Conor McGregor.

Nate, though, threw a curve ball and instead called for a gangster vs gangster showdown against Jorge Masvidal, the most-talked about man in the Welterweight division at the moment.

Still, McGregor was watching and he took to social media a couple of days removed from the fight to congratulate Diaz on a motivating victory after three years away from the fight game. He also understands why Nate didn’t call for a third bout between the two of them.

3 years to the day myself and this Mexican warrior went to war. Congrats on the win this weekend Nate, it was motivating to see it for my own comeback. I don’t blame you not mentioning me for the trilogy bout post fight, you know what I’m like when I get going. Vicious. I loved the round 3 style from round 1 that you implemented. It’s what I was hoping you would implement for this bout and was glad to see you do it. I’ll be prepared for it when we go again. If we go again. If not, respect always. A war for the ages. No bitch talk. Just real shit.

Indeed, the two men split their first two fights, with Diaz submitting Conor at UFC 196, only for “Notorious” to get revenge at UFC 202, which just so happened to go down exactly three years ago. So McGregor holding off to publish this tweet today is no coincidence.

That said, despite not being Nate’s first option at the moment, McGregor does seem to be in line to face Diaz at least one more time down the road. For now, McGregor — who was recently involved in another public dust-up — will have to shift his focus on another willing foe.

I hear this man is looking for a fight.