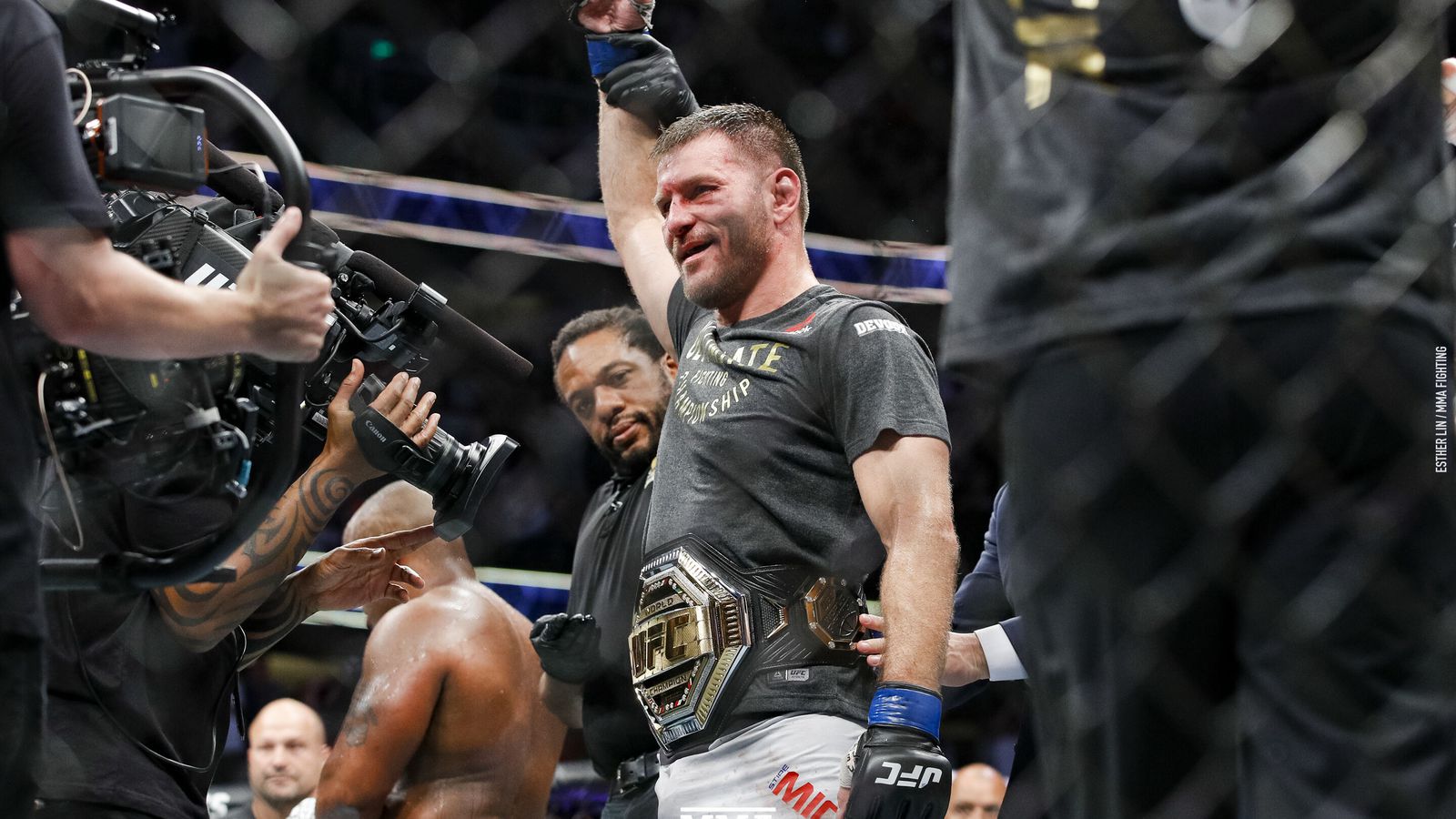 Sharing in the obvious joy was Stipe Miocic, who reclaimed the heavyweight title with a stunning fourth round knockout win over Daniel Cormier (highlights). To add to his joy, Stipe got the news earlier that day that his father was cancer free!

On the flip side of that coin, “DC” was left in agony after coughing up his 265-pound title in a fight he was clearly winning up until getting tagged by his fellow big man. But to see the agony on his children’s faces following the loss makes it that much tougher.

Also sharing in the joy was Nate Diaz, who scored a big win over Anthony Pettis in his first fight back after three years away (see it again here). Waiting for him in the back to congratulate him was multiple-time NBA champion, Shaquille O’ Neal, and world boxing champion, Terence Crawford.