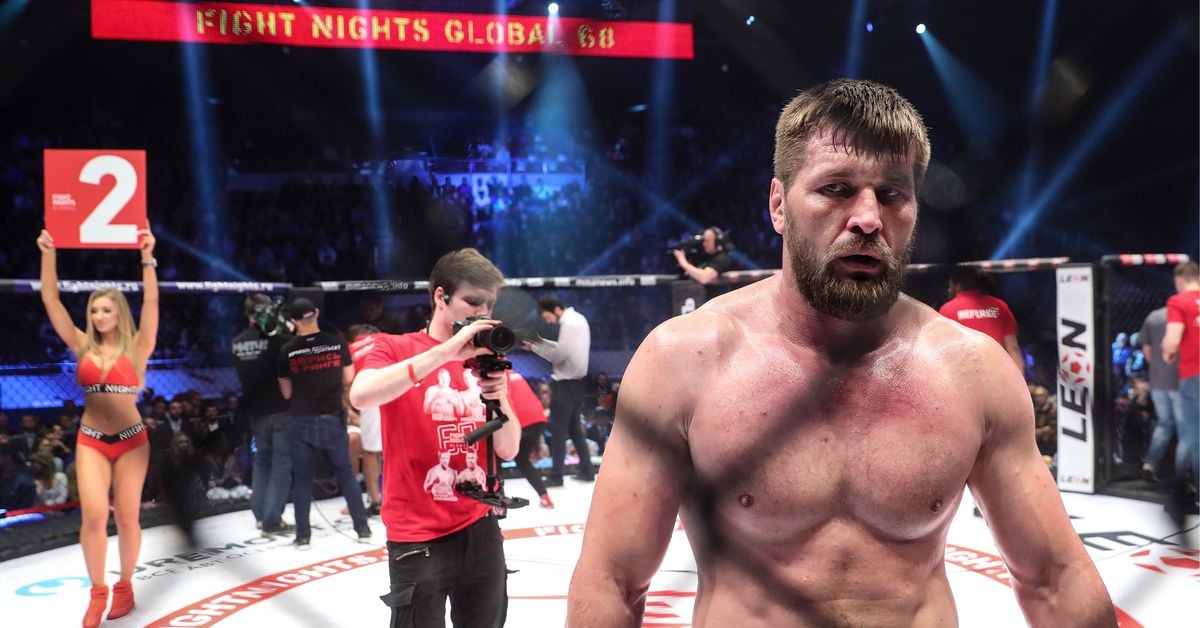 The former Bellator Heavyweight kingpin must have been especially motivated by his controversial loss to Cheick Kongo, because Minakov was particulalry aggressive in tonight’s bout with UFC veteran Timothy Johnson. Early in the fight, the Russian Sambo specialist was able to land some big takedowns opposite “T-Bear.” When the American created some separation, however, the real hurt began.

Minakov snapped a front kick into Johnson’s mid-section and simultaneously struck with a right hand to the jaw. Johnson was stunned and backed himself into the fence, where another right hand took his legs from him. With his foe seated along the fence, Minakov ripped another pair of punches to brutally seal the deal.

Check it out below:

This is the return to form one would hope for following Minakov’s uneventful loss to Kongo. With this victory, Minakov is right back in the title mix, likely to challenge the victor of Ryan Bader vs. Cheick Kongo at some point in the near future. Meanwhile, it’s a rough night at the office for Johnson, who was only matched with Minakov within the last 24 hours after a card shake up.

For those keeping track, this bout was Bellator 225’s 13th finish in a row out of 13 total fights. Madness!