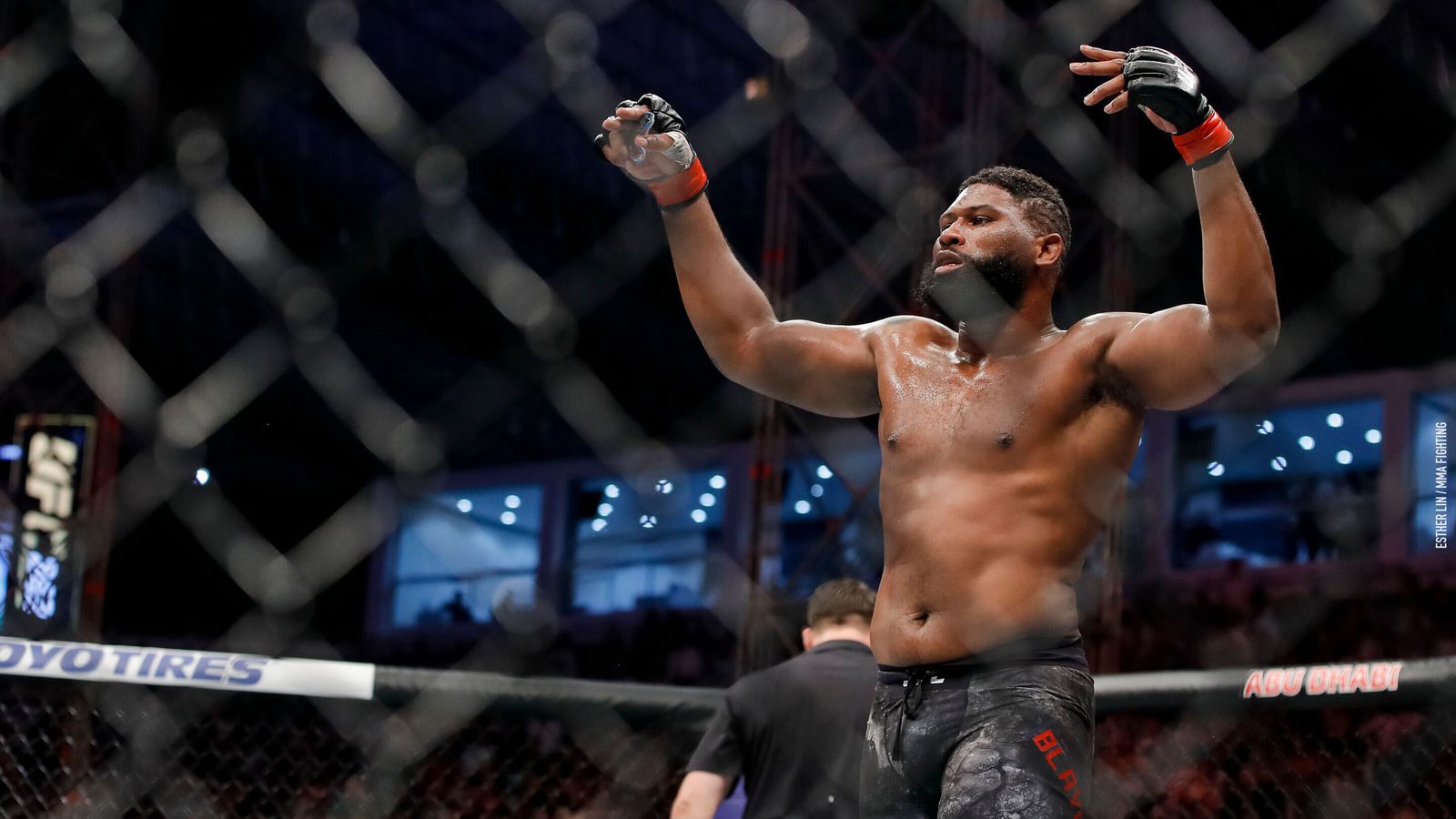 Curtis Blaydes made easy work of Russian heavyweight veteran Shamil Abdurakhimov earlier today (Sat., Sept. 7, 2019) at UFC 242 live on ESPN+ PPV from inside The Arena on Yas Island in Abu Dhabi, when he scored a bloody second-round TKO victory (elbow and punches).

Blaydes commanded the action from the opening bell as he waded through Shamil’s heavy hands to get inside and score four total takedowns in the first round alone. “Razor” followed his efforts up in the second with another takedown. From there, the 28-year-old heavyweight veteran unloaded hard elbows that caught Abdurakhimov right on the nose. Abdurakhimov looked really busted up, couldn’t help but cover up his face, and the referee stepped in for the stoppage.

Check out some of the action below courtesy of UFC/ESPN.

With this performance, Blaydes locks down his second-straight win after defeating Justin Willis via unanimous decision back in March. The talented wrestler is now 7-2 (1 NC) in UFC competition, losing only to Francis Ngannou, and looks like one of the most difficult outs in the growing heavyweight division. Look for Blaydes to get back into the Octagon around year’s end as he makes another push towards title contention.