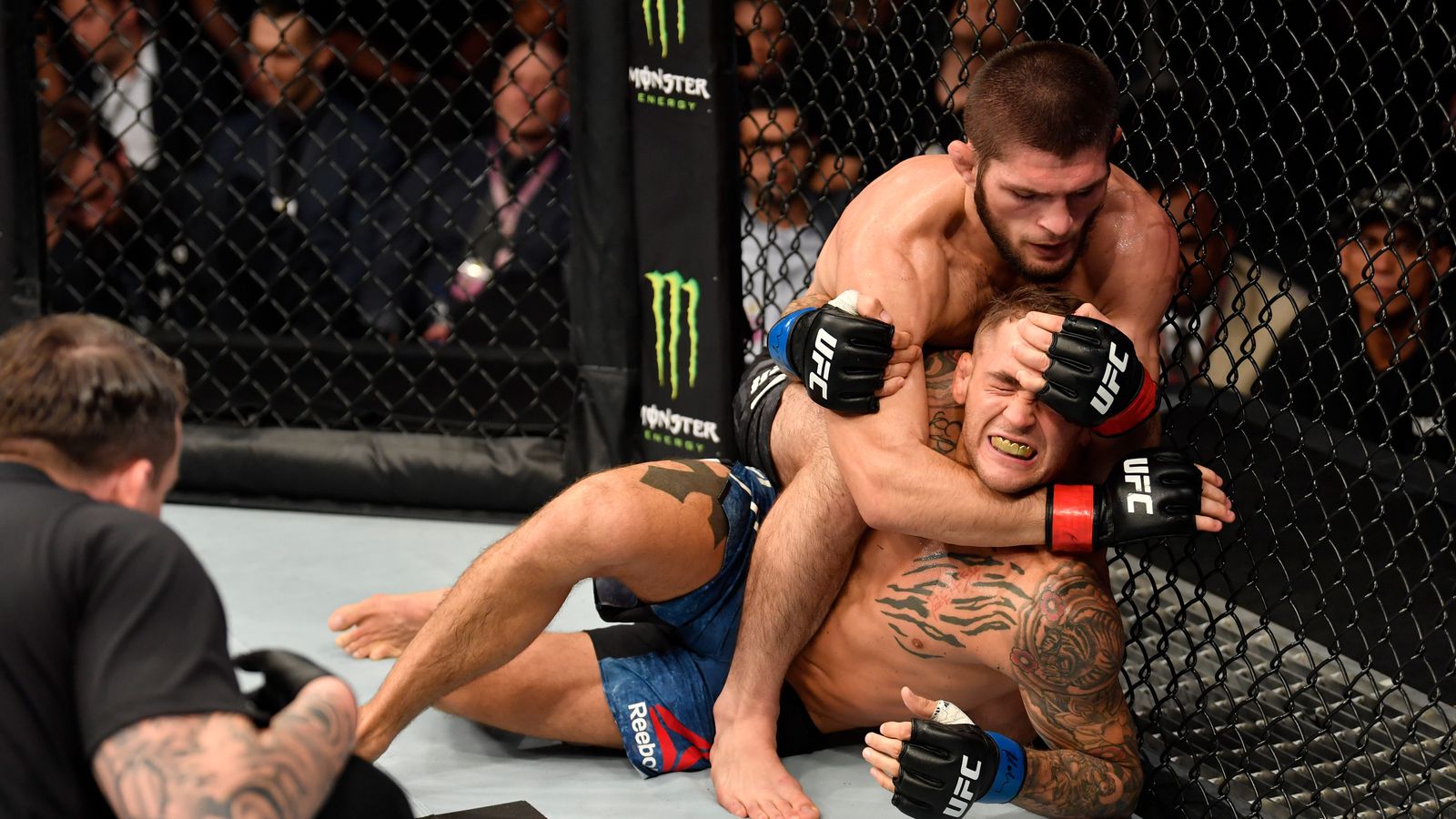 After a brief feeling out period Khabib threw a fast combination to get inside and then took Poirier down along the cage. From there, the champion threatened multiple times with a neck crank, but “Diamond” pushed through it and returned to his feet. Khabib would take Poirier down again but Dustin fought hard to scramble and get off his back.

In Round 2, Poirier caught Khabib flush with two hard shots coming in, but the undefeated Russian regained composure and landed his own counter shots before eventually getting another takedown. Khabib kept the pressure going along the cage and landed short ground-and-pound on a tiring “Diamond.” Poirier would fight to regain his footing before “Eagle” scored yet another takedown.

The third round saw Khabib open up a little more on the feet before launching in for another takedown. Poirier locked in a tight guillotine attempt on the way down, but Nurmagomedov eventually popped his head loose and won back control of the fight. From there, Khabib would work his way to Poirier’s back and find a rear-naked choke attempt. “Diamond” fought it off initially before Khabib tightened the squeeze and forced the tap.

Check out the full fight video highlights below courtesy of UFC/ESPN.