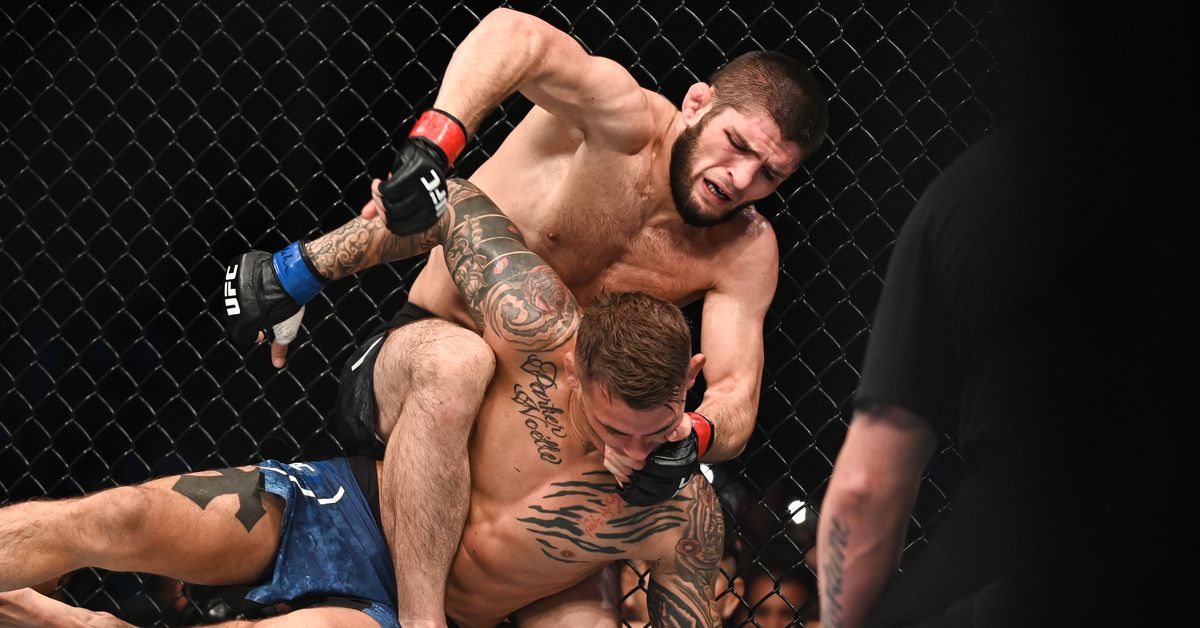 After Khabib Nurmagomedov defeated Dustin Poirier at UFC 242 in Abu Dhabi a couple of weeks ago, he proved once again why he is widely considered to be the most dominant UFC champion ever.

His performance drew praise from most of his colleagues — except this one — which produced some callouts, as well.

Among the men who opted to lay down the gauntlet was former UFC Welterweight king, Tyron Woodley. During a recent Q&A in Vancouver, British, Columbia, “The Chosen One” explained why he called out “The Eagle.”

“He’s a beast,” Woodley said via MMA Fighting. “I just think that right now in my life and my career, I need the impossible. I need the stuff that nobody can do, I need the thing that’s gonna motivate me beyond measure and I think that he provides that,” he added.

Of course, if the fight ever went down, Woodley says it would have to be at a catchweight since he’s too big to cut down to 155 pounds and Khabib moving up to 170 pounds would put him at a disadvantage.

Of course, Khabib does cut plenty of weight to hit 155 pounds, so perhaps a catchweight fight of 160 or 165 against Tyron could even out the playing field. And since Woodley is one of the better wrestlers in the game today with legit knockout power, he could pose some threats for “The Eagle.”

And after seeing Khabib pretty much run through everyone with such brute force, Woodley says he is eager to know what exactly it feels like to go toe-to-toe with such a dominant and aggressive champion.

“He’s on top of the world right now, I might not even be an option for him. It’s more out of respect of what he can do. I know Dustin, he spars middleweights, light heavyweights, and for him to go out there and put on a performance like that against Dustin, I gotta see what it feels like.”

28 fighters have had the chance to know what it feels like, and they’ve all left disappointed at the outcome.

Woodley, meanwhile, had never gotten any of the money fights he’s longed for, including ones against Nick Diaz and Georges St. Pierre. So the chances of him getting the Khabib fight are pretty slim at the moment

Especially since Khabib is perhaps the No. 1 targeted guy in MMA at the moment, as Tony Ferguson and Justin Gaethje want a shot, while Conor McGregor and Poirier want another chance to crack the Dagestani code.

That said, you do miss 100-percent of the shots you don’t take, so you can’t blame Tyron for shooting his.

Pros react to Anthony Pettis vs. Carlos Diego Ferreira at…