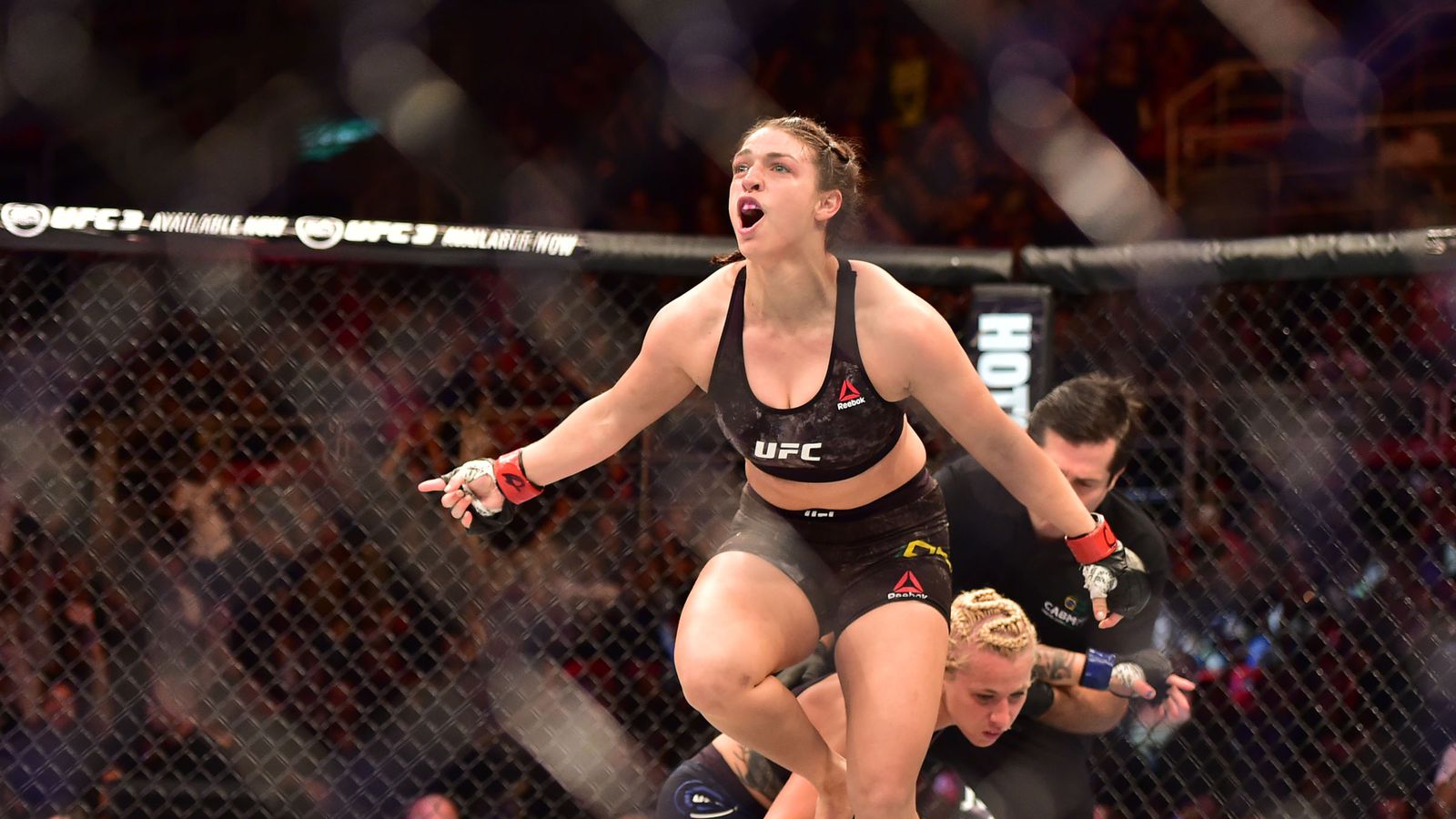 This Saturday (Oct. 11, 2019), Ultimate Fighting Championship (UFC) travels to Tampa, Fla., for UFC Fight Night 161. The weekend’s card is a strange one despite fun main- and co-main events. The “Prelims” undercard (previews here and here) features some amazing fights like James Vick vs. Niko Price and Deiveson Figueiredo vs. Tim Elliott, and then the ESPN+-streamed main card has a fight between two Lightweights I didn’t know existed. All the same, let’s analyze some main card fights!

Remember: Later in the week, Jesse Holland will be back to preview and predict the biggest fights of the night.

Best Win for Davis? Carlos Guerra For Gifford? Trey Ogden
Current Streak: Both men recently lost their UFC debut
X-Factor: Can Davis perform on short-notice?
How these two match up: Who vs. whom?

Davis is a “Contender Series” product, a well-rounded professional who has only come up short to pretty high-level foes in Sodiq Yuseff and Gilbert Burns. Like the man he replaced, Davis is a Florida native, which helps explain why he was placed so highly on the card. Opposite him will be “The Young Lion,” who faltered in his UFC debut opposite Roosevelt Roberts. Gifford has finished each of his 14 professional victories, including 12 tapout wins.

In his debut, Gifford fell into the classic Brazilian jiu-jitsu fighter trap of fighting from his back for far too long. Gifford hunted for triangles and guillotines, but he spent a ton of time beneath Roberts, getting punched in the face and controlled.

Davis is well-rounded enough to work from top position and is also the better striker, so it’s difficult not to see history repeating itself. There is the concern of Davis’ short-notice gas tank, but fighting from top position is a great way to conserve energy.

Best Win for Dern? Ashley Yoder For Ribas? Emily Whitmire
Current Streak: Dern has won two straight inside the Octagon (seven total), while Ribas was successful in her Octagon debut
X-Factor: How will Dern perform after recently giving birth?
How these two match up: We’re likely in for a pretty fun grappling match.

Dern is the most decorated Brazilian jiu-jitsu player in women’s mixed martial arts (MMA) today, an ADCC and Mundials gold medalist. She’s still relatively new to MMA though, and as a result, she hasn’t always been able to implement her superior grappling skills. Luckily, a heavy right hand has aided the transition. Meanwhile, Ribas may not have the credentials of Dern, the Brazilian did handily out-grapple her opponent in her UFC debut.

I do not trust Dern’s weight cutting skill or general commitment to the sport, but thus far, she’s been able to win. She also seems to be in better shape this time around, though we’ll have to wait for the weigh-ins to confirm.

Both women enter with a jiu-jitsu as their base skill, but Dern is much more accomplished and dangerous in that realm. Ribas is likely a bit more well-rounded than Dern, but it will be a challenge for her to avoid exchanges on the mat. At some point, Dern is likely to face real adversity if she continues to half-commit, but this doesn’t seem like the bout where it happens.

Best Win for Pena? Matt Wiman For Frevola? Jalin Turner
Current Streak: Two straight UFC wins for each man
X-Factor: Frevola’s knockout power
How these two match up: This should be a scrap.

American Kickboxing Academy’s Pena faltered early, but he’s proven in his last couple fights that he’s still a prospect worth-watching. The Southpaw is a crafty kickboxer, and he both throws a good amount of volume and hits with a fair amount of power.

Frevola, meanwhile, hits significantly harder than his sole knockout victory would imply. Frevola is an offense-first fighter, a capable wrestler who generally prefers to swing for the knockout.

Pena is not a perfect fighter. He’s been drawn into slower kickboxing matches before, and on occasion, he’s been placed on his back and contained there. However, Trizano managed to defeat him by fighting smart and winning on small margins. Frevola may have the power and wrestling to get to Pena, but it seems likely that he’ll throw himself into a lot of counter punches in the process.

Frevola may find some early success, but I like Pena to take over the latter half of the fight.

Best Win for Anders? Rafael Natal For Meerschaert? Trevin Giles
Current Streak: Both Middleweights won their last bout
X-Factor: Meerschaert’s craftiness
How these two match up: Only Middleweight could give us such a fight with an equal likelihood to end up awful or exciting.

Eryk Anders is a difficult fighter to predict. He’s an excellent athlete with great physical tools and a heavy left hand, but he didn’t begin training martial arts until fairly late in life. As a result, “Ya Boi” sometimes struggles to pull the trigger, and it often seems like he should be able to do more.

Meerschaert is occasionally baffling as well. He’s an incredible grappler — you don’t score 21 submission wins by accident — but is very willing to put himself in terrible position repeatedly to chase submissions. His kickboxing is a mixed bag as well, as he has a brutal body kick and decent fundamentals, yet remains fairly hittable.

There’s every change Meerschaert somehow convinces Anders to grapple with him and sets a successful trap for “Ya Boi.” He’s done it before to better technicians than Anders. At the same time, Anders seems to understand well how to fight opponents looking to submit him, punishing bad takedown attempts brutally. Anders has four victories inside the Octagon, and all four came against jiu-jitsu based fighters.

Three of those wins were knockouts.

Remember that MMAmania.com will deliver LIVE round-by-round, blow-by-blow coverage of the entire UFC Fight Night 161 fight card this weekend, starting with the ESPN+“Prelims” that are scheduled to begin at 5 p.m. ET, then the main card portion that will also stream on ESPN+ at 8 p.m. ET.

To check out the latest and greatest UFC Fight Night 161: “Jedrzejczyk vs. Waterson” news and notes be sure to hit up our comprehensive event archive right here.