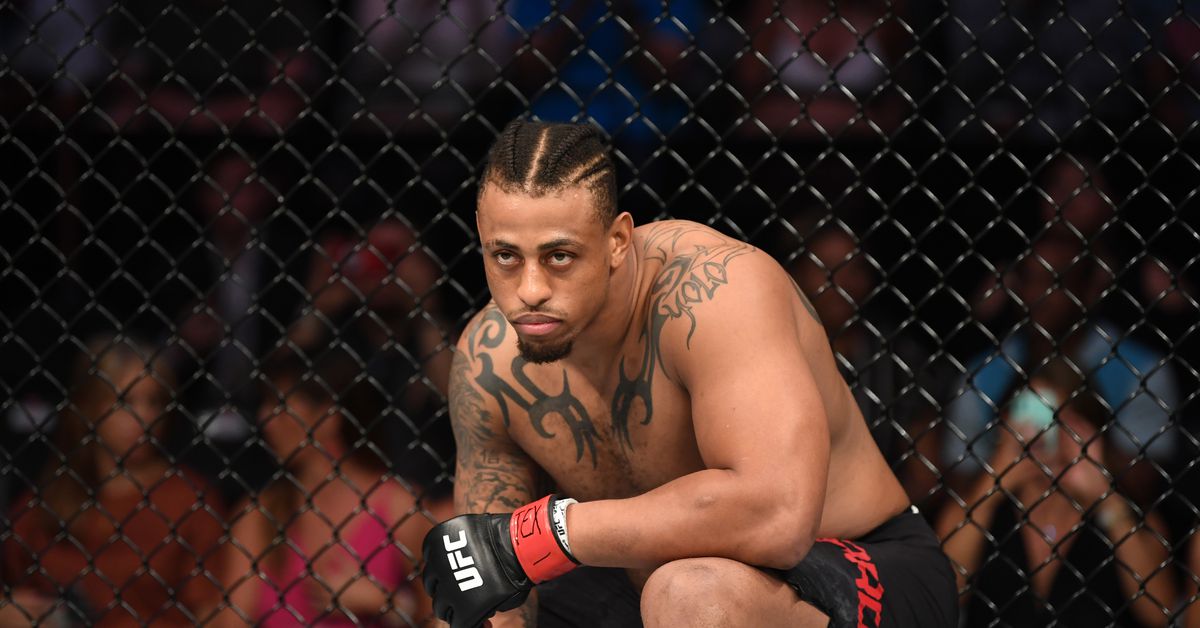 “The Prince of War” is no model citizen, but the former NFL star has proven himself at least a decent Heavyweight prospect. Hardy has shown little in the way of skill beyond punching opponents in the face really, really hard, but this is Heavyweight — Tai Tuivasa gained a Top 10 ranking with nothing else to his game not long ago. Meanwhile, Sosoli has been given two previous chances to impress Dana White and UFC matchmakers on both The Ultimate Fighter (TUF) and “Contenders Series.” He’s 0-1 (1) in those opportunities, which apparently makes the Australian knockout artist a perfect option for Hardy.

Let’s take a closer look at the keys to victory for each man:

Record: 5-1
Key Wins: Juan Adams (UFC on ESPN 4), Dmitry Smolyakov (UFC Fight Night 150), Austen Lane (DWTNCS 2018)
Key Losses: Allen Crowder (UFC on ESPN+ 1)
Keys to Victory: Hardy is very much a developing fighter, still relying mostly on his physical tools to demolish the opposition. However, Hardy proved last time out that immediately shooting on him is a poor plan — he met Adams with a hard sprawl and dozen punches early in the first.

Is Hardy employing strategy at this point in his mixed martial arts (MMA) career? Not really. He’s pretty much just walking down his opponent, trusting his strength and power to keep it standing and ensure he wins there. Realistically, that’s about all the thought that goes into his current fighting style.

Still, it would be in Hardy’s best interest to work on his technical striking while in the Octagon. Actual fight time is valuable, so if Hardy is able to control his aggression for several minutes before really unleashing, it would benefit him in the long run.

Record: 7-2 (1)
Key Wins: Kelvin Fitial (Hex Fight Series 18), Mike Turner (Diamondback FC 5)
Key Losses: Kelvin Fitial (PXC 56)
Keys to Victory: Based on the footage I’ve seen of Sosoli, I would categorize the 29-year-old Southpaw as a brawler. He’s comfortable in a firefight, but he’s also been out-wrestled, like in his TUF loss to Juan Espino.

Unlike Hardy, Sosoli really needs a good strategy if he’s to win this fight. Both fighters are brawlers, but Sosoli is significantly smaller and seemingly less powerful. Trading punch-for-punch will not go well for him.

While trading with Hardy is not ideal, it’s important that Sosoli (smartly) stand his ground early. If he lets Hardy dictate range and push him backward, he’s going to get run over. If Sosoli can instead stick a cross and pivot away from danger, that would greatly improve his chances.

In short, Sosoli wants to make this a more technical fight and stretch it out. Hardy has proven himself very dangerous early, but his gas tank is still a major question mark. If Sosoli can extend the bout into the later rounds and wait for Hardy to slow down, his brawling experience is more likely to be the deciding factor in which man hits the floor.

All I really have to say here is … why?

Hardy just defeated the first really legitimate foe of his career. Adams is imperfect, but he’s majorly big, can fight hard for three rounds, and has a wrestling background. Hardy dusted him in very impressive fashion, so why are we taking a step backward against a thoroughly unproven foe who is winless in two previous UFC-related bouts?

I’ll answer my own question: it’s probably to provide Hardy with another big knockout win on ESPN.

Remember that MMAmania.com will deliver LIVE round-by-round, blow-by-blow coverage of the entire UFC on ESPN 6 fight card this weekend right HERE, starting with the ESPN 2 “Prelims” that are scheduled to begin at 6 p.m. ET, then the main card portion that will air on ESPN proper at 9 p.m. ET.

To check out the latest and greatest UFC on ESPN 6: “Weidman vs. Reyes” news and notes be sure to hit up our comprehensive event archive right here.